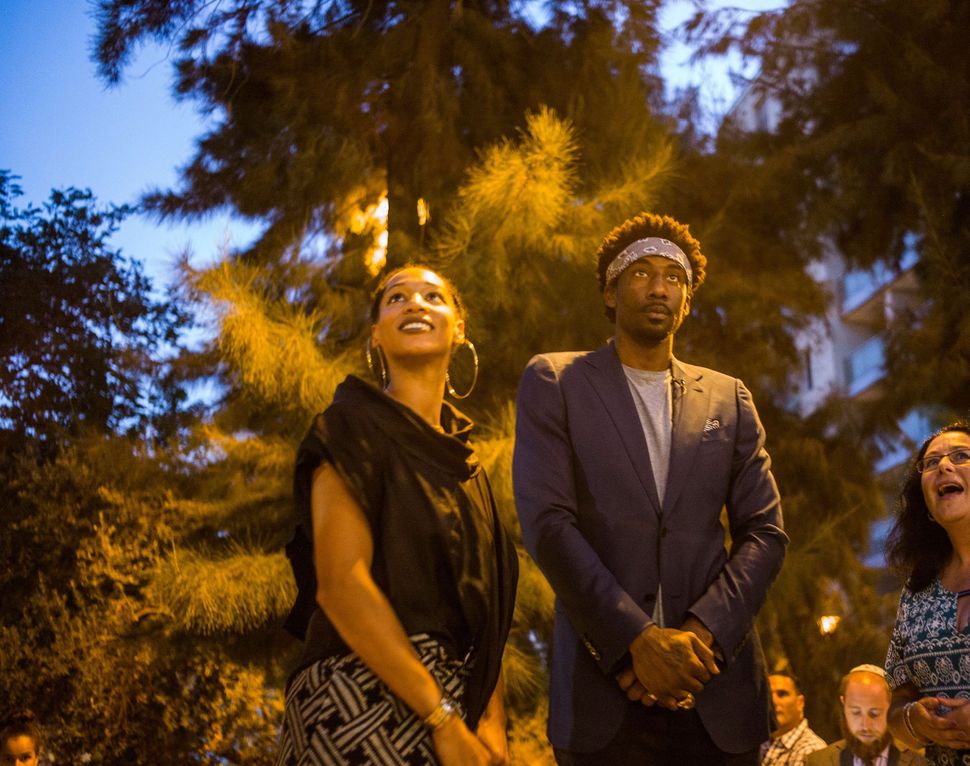 The Jews can always use a good power forward on our team. We now have a great one.

Realizing a years-long process of study and engagement with Judaism, Amar’e Stoudemire, the former NBA player now dribbling for Maccabi Tel Aviv, made his final full-court press into the faith on August 26, 2020. Stoudemire announced the completion of his conversion, including his Hebrew name, Yahoshafat Ben Avraham, on Instagram. Because he’s a mensch, he was wearing a mask in the photo.

Stoudemire originally moved to Israel in 2016 to play for Hapoel Jerusalem, a team he co-owns. Before the move Stoudemire had connections with various sects of the Black Hebrew Israelite movement. He began his conversion to Judaism in 2018, but has long claimed roots in the faith.

“I have been aware since my youth that I am a Hebrew through my mother,” Stoudemire, who was raised Baptist, told the Jerusalem Post in 2010. “And that is something that has played a subtle but important role in my development.”

As one of — if not the most — visible ballers with Jewish affinities, Stoudemire was at one time pegged to play himself in the Safdie brothers’ “Uncut Gems,” serving the role Kevin Garnett ultimately played, but adding an extra dimension to his attachment to those Ethiopian opals mined by Beta Israel.

While it didn’t work out (in part because Stoudemire’s Samsonian refusal to cut his dreadlocks), the talks did result in a Seder at Stoudemire’s home with Josh and Benny Safdie and Harvey Keitel — then wanted for the lead role of Howard — in attendance.

No word on who found the afikoman.