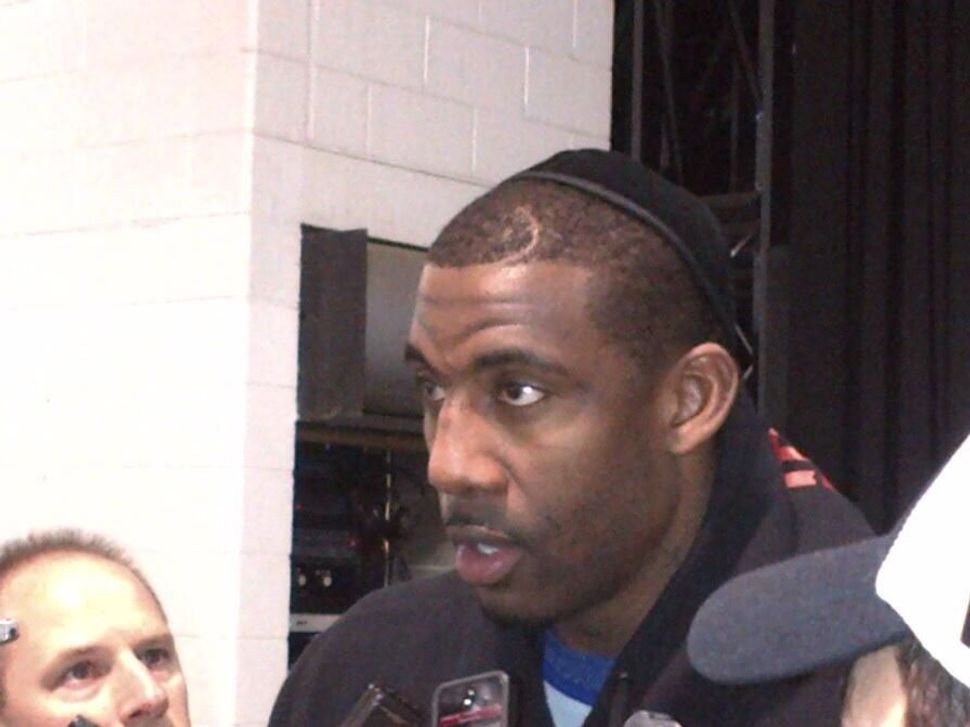 Perhaps trying to invoke the good fortunes of his Jewish ancestors, New York Knicks Power Forward Amar’e Stoudemire sported a yarmulke this past weekend, ahead of the Knicks sixth play-off game against the Indiana Pacers.

Attempting to bring some spirituality to the sport, Stoudemire, who found out his mother was Jewish back in 2010, was wearing a black velvet yarmulke when he spoke to reporters at a shootaround hours before the game Saturday morning.

When one reporter asked if he was wearing the religious item for good luck, Stoudemire responded with a “Shabbat Shalom,” according to the New York Post.

Stoudemire has turned to his Jewish roots in the past for some luck. In March, he put together a minyan before undergoing surgery for a fractured knee, and he wore a yarmulke and talit to his wedding back in December.

Unfortunately, the yarmulke did not bring Stoudemire any luck, as the Pacers beat the Knicks Saturday night, 106 to 99.

Maybe next time he should refrain from working on Saturdays.