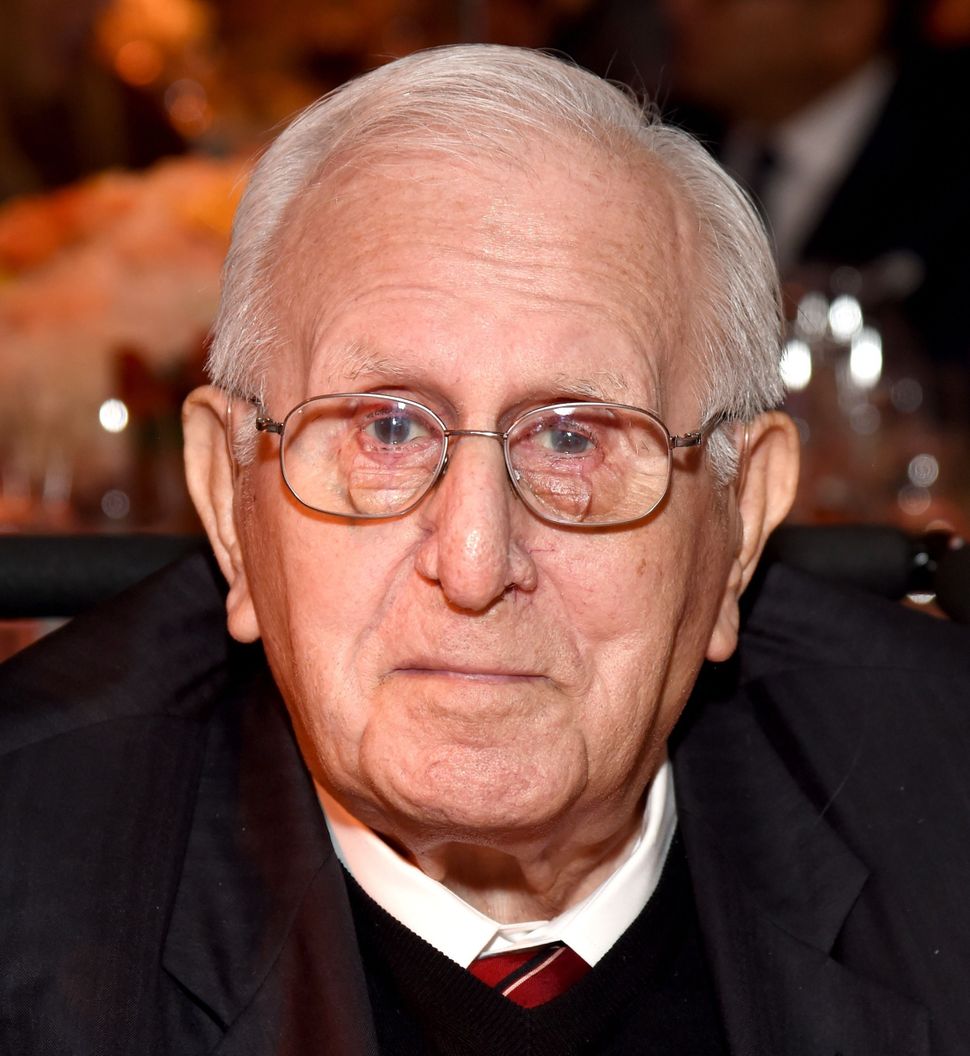 Arnold Spielberg’s son, Steven, took his parents’ divorce out on him. He didn’t deserve it. Image by Getty Images

Arnold Meyer Spielberg, who died on August 25 at age 103, was more than just the father of celebrated film director Steven Spielberg. Born in Cincinnati to a family of Ukrainian Jewish origin, Arnold Spielberg grew up to be an electrical engineer of uncommon invention and productivity.

He developed research that would make the personal computer possible and the first computer-controlled “point of sale” cash register. While it is at least conceivable that someone has never seen “Schindler’s List,” “E.T.,” “Jaws,” or any other of his son’s hit films, the elder Spielberg’s contributions to modern life worldwide are almost impossible to avoid on a daily basis.

Nor did Steven Spielberg sidestep inspiration from his father’s experiences. Arnold Spielberg told his son about how a major part of their family had been murdered by Nazis during the Holocaust era, which surely led to the director’s later sustained interest in the theme onscreen and off.

After 1994, when Steven Spielberg founded the USC Shoah Foundation – The Institute for Visual History and Education, he recruited his father to lead the development team of the digital Shoah Institute archives, organizing over 100,000 hours of visual history in 52,000 video testimonies in 32 languages of Holocaust survivors and other witnesses from 56 countries.

The media critic Nitin Govil notes that due to Arnold Spielberg’s combat missions flown to Imphal, India, as part of the early Burma Campaign, “rumors persisted that Spielberg junior would make a film about the Burma Campaign.”

The Greatest Generation theme that would echo in Steven Spielberg’s “1941,” “Saving Private Ryan,” and “Empire of the Sun,” among other movies, was not the sole aspect of Arnold Spielberg’s influence on his son.

From boyhood, Arnold Spielberg was a lifelong devotee of science fiction, devouring stories by Isaac Asimov and others in “Astounding Stories of Science and Fact,” later retitled “Analog Science Fiction and Fact.”

This avocation in the father of the director of “Close Encounters of the Third Kind” is scarcely surprising. Further subject matter was drawn from the ceaseless paternal volubility. In a memorial statement, his son’s company Amblin Entertainment termed Arnold Spielberg’s loquacity as a “gift of storytelling their father had, for decades.”

As film historian Cheryl Dueck pointed out, his son’s 2015 espionage thriller “Bridge of Spies” was sparked by Arnold Spielberg’s exchange visit as part of a General Electric delegation to the Soviet Union in 1960, just when the CIA U-2 spy plane of Gary Powers, an American pilot, was shot down during a reconnaissance mission over Russia.

Arnold Spielberg’s parents had spoken Yiddish and Russian at home, so he used the former language to communicate with Soviet ham radio operators from his backyard shed during the Cold War. His son was anxious that the FBI might somehow overhear these casual chats and incriminate his father.

Even Arnold’s development of the GE-200 series, a family of small mainframe computers of the 1960s built for General Electric, was not without drama. As it happened, GE chairman Ralph Cordiner, a down-to-earth type born on a wheat farm in Walla Walla, Washington, forbade GE engineers from building general purpose computers, rejecting repeated suggestions from Spielberg’s team leader Homer Oldfield, whose nickname “Barney” alluded to the speed of his work, akin to that of the pioneering American automobile racer Barney Oldfield.

The antagonisms would suit an old-style Hollywood biographical film, with Arnold Spielberg played by Paul Muni and Oldfield (James Stewart) being stymied by the cantankerous supervisor Cordiner (Lionel Barrymore).

Oldfield disobeys orders and produces a computer anyway, only to be fired by his vengeful boss. With innate drama so obviously present, it is surprising that the tale of Arnold Spielberg and the GE-200 series computers has not already been transferred onto the screen by his son. Perhaps one day it will be.

Inevitably, Hollywood superstardom and resulting mythifications attracted amateur psychologists, especially among American university instructors. “Steven Spielberg and Philosophy” set up a classic father-son Oedipal conflict by quoting from one interview in which the director claimed that his father was “always analytical. I was more passionate in my approach to any question, and so we always clashed.”

“Steven Spielberg and Philosophy” goes on to blame Arnold Spielberg for being “often described as a preoccupied, hard-working, rather distant man who caused his son to feel neglected.” Whence, supposedly, the director’s inspiration to create films about “missing and neglectful fathers and lonely children.”

In his 2005 screen adaptation of “War of the Worlds,” we are informed, the head of the family changes “from an ‘Arnold Spielberg’ sort of father into the kind of child-centered and heroic father that Steven Spielberg much prefers.”

Yet this type of cod psychoanalysis overlooks certain details, such as that Arnold Spielberg, far from being absent or neglectful, merely objected once when his college-age director son monopolized the family living room for his films-in-progress, rather than allowing his father to entertain friends.

After his parents divorced in 1965, the director chose to live with his father, so he could hardly claim abandonment. Still, he finally admitted on “60 Minutes” in 2012, that for years he had concocted a personal narrative about his parents’ divorce that was largely fictional, unsurprisingly enough, given his record for producing imaginative tales.

Reversing his instinctive blame of Arnold Spielberg for the spousal split, the director later acknowledged that when his mother fell in love with one of Arnold’s best friends, that had ended the marriage, rather than anything his father did.

Fortunately, Arnold Spielberg lived long enough for any such misunderstandings to settle down, and he was able to relish widespread professional recognition as well as sustained family devotion.