Why Mulan is a perfect heroine for Jewish girls 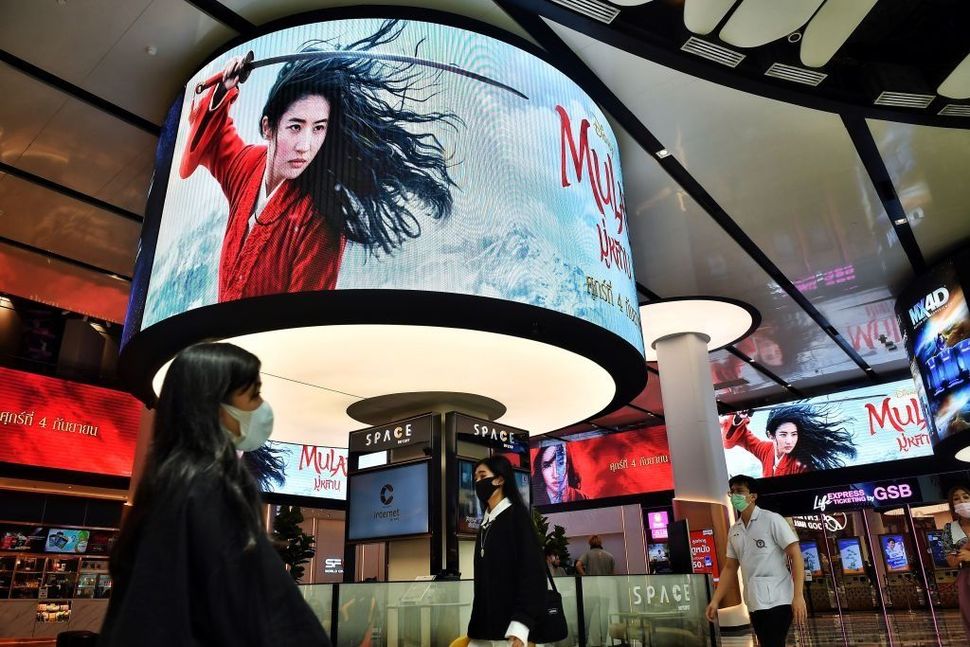 Disney’s live-action remake of Mulan is not without its problems.

Thank you’s to communist propagandists roll at the end of the movie; scenes were filmed in a region of China rife with human rights abuses; and star Liu Yifei has expressed public support for Hong Kong police despite a global outcry over the force’s brutality against pro-Democracy activists. Moreover, in the views of at least some critics, the film lacks depth, fetishizes Chinese culture, oversimplifies the richly varied history of China, and glosses over nuances in the origins of the legend of Mulan.

However, in the view of this (admittedly massive) Mulan fangirl, the film also has a lot worth celebrating, particularly for young Jewish girls.

It might be hard to imagine why Mulan, of all the Disney princesses, would have been my favorite childhood heroine, given that I am a Jewish white girl from the north shore of Long Island. Indeed, back in 1998 – when the original movie was released – I’m sad to say I didn’t even have a Chinese acquaintance, let alone any knowledge of ancient Chinese cultures or the legend of Hua Mulan. I was fully and completely immersed in Modern Orthodox Judaism, and my only non-Jewish friends were Meg Murry, Susan Pevensie and Bilbo Baggins.

Like me, Disney’s original Mulan lived in a society with rigidly-defined gender roles. As a young woman, Mulan’s function was not to be loud and boisterous and to express her opinions; it was to serve tea elegantly, powder her face and become a respectable wife.

But, also like me, Mulan had no interest in sitting still and looking pretty. So when the emperor’s soldiers demanded that a man from every family join the fight against an invading enemy, Mulan did not act like a good, obedient daughter. Instead, she took up her father’s sword, put on his armor, and set out to save his life.

Mulan didn’t just save him; she saved the empire. She outsmarted the enemy by intentionally causing an avalanche. She then snuck into the imperial palace, where she personally saved the (somewhat feckless) emperor.

Most notably to 9-year-old me, however, Mulan wasn’t just celebrated for her efforts by the powerful men of the empire. When she returned home, she found acceptance from her father, even though she had rejected the mold of what it meant to be a good daughter.

Mulan’s world looked a lot like mine: idealization of family devotion and obedience; male-dominated power structures; pressure to “fit in.” Her story gave me hope” If Mulan could buck tradition, infiltrate the world of men, and return from her adventures to find acceptance and love, then perhaps I could too.

Naturally, my love for the original movie left me skeptical that the 2020 live-action film could possibly live up to the 1998 cartoon — no Mushu the Dragon voiced by Eddie Murphy; no rendition of Donny Osmond’s absolute banger, “I’ll Make a Man Out of You.”

But, much to my surprise, I found myself cheering and clapping with glee, and reliving my childhood idolization of Mulan. This is because, in my view, the new film improves on the original cartoon’s feminism.

2020 “Mulan” does not conclude with a marriage proposal. Instead, it ends with not one, but two invitations from the Chinese emperor for Hua Mulan to join the ranks of the Dynasty’s male military generals, as an equal.

In the original movie, Mulan’s identity as a woman is discovered when she is injured. In this version, Hua Mulan lets down her hair, sheds the upper half of her armor, and in a wonderful, oft-unseen version of a female warrior in Hollywood, she kicks butt and takes names while looking feminine, but not sexual.

All of this feels both age-old and apropos to today’s culture.

Hua Mulan can only fully harness her chi — the power that makes her a great warrior and that her father had trained her to hide because chi is a male quality – by being honest about her own identity. She can only save the empire by living authentically, and letting the world see her true self.

Interestingly, Hua Mulan comes by this realization through a new villain: another woman with chi who is aiding the invaders.

Over the course of the film, we learn that this villain was rejected and ousted from society because she was different. Indeed, her motivation for helping the invading army is that she could not find acceptance, and so she wants to destroy the society that rejected her.

In the end, however, this scorned female villain sees that Hua Mulan may actually be able to change society for the better. And so she betrays the invaders, and urges Hua Mulan to carve out a new place in the world for women like them. Which Hua Mulan proceeds to do, as the melody of “Reflections” emerges clearly from the background musical score of the movie. (Cue me, cheering at my television like a madwoman.)

But perhaps the most touching moment of the film comes at the end, when Hua Mulan returns to face her father. As they look at one another, he tells her:

“One warrior knows another. You were always there, but I see you, for the first time.”

In my own version of my personal history, I have emulated Mulan. I am the first woman in any part of my family to earn a professional degree and pursue a career – achieving goals that my father told me were for boys, not girls who wanted to be mothers. At 31, I am unmarried and happy, and although my acceptance is by no means absolute, among those people who matter most to me, I am accepted and I am loved, despite the fact that I am “different.”

This is why the new film – even with all of its very real, very unsettling problems – is still worth celebrating. 2020 “Mulan” offers up a modern, feminist heroine who breaks with tradition, accepts herself as different and unique, and finds a way not just to make her reflection match the person she knows herself to be, but to throw open the doors of potential acceptance for other girls like her.

Hua Mulan is the Disney Princess every misfit Jewish girl – or indeed, any child who feels like a square peg trying to fit into a round hole – can embrace and love.

Rochelle Swartz is a litigator practicing in New York City.

Why Mulan is a perfect heroine for Jewish girls