An extraordinary yearning to understand a father’s life 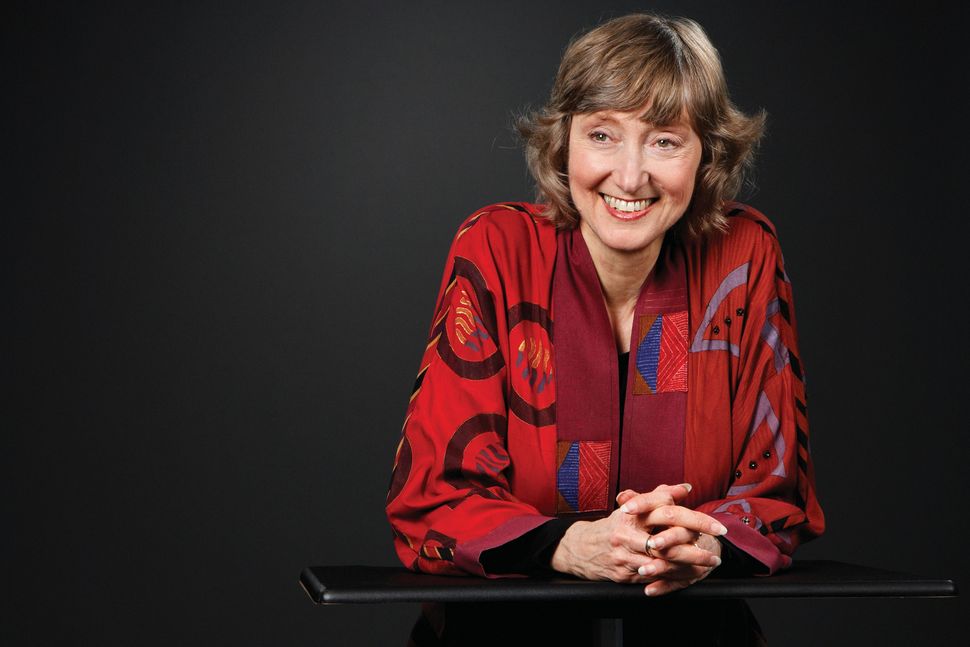 Finding My Father: His Century-Long Journey from World War I Warsaw and My Quest to Follow

You may know the Georgetown University sociolinguist Deborah Tannen from her groundbreaking 1990 examination of how gender impacts conversational styles, “You Just Don’t Understand: Women and Men in Conversation.” Or from all the bestselling volumes that followed, analyzing American culture, work life, friendships, and family relationships through the prism of linguistics.

But Tannen’s latest book, “Finding My Father,” is something quite different and surprising: an accomplished, clear-eyed, and affecting memoir about a man who is at once ordinary and extraordinary.

A Polish Jewish immigrant from a large Hasidic clan in Warsaw, Eli Tannen led a sometimes difficult, decidedly nonlinear life. At age 6, he lost his father to tuberculosis. His mother, who ran a school in Poland, was emotionally and physically abusive. For all his native brilliance, he was able to practice his métier – as a lawyer — only after reaching middle age. He married a woman, Tannen’s mother, who was less than a soul mate, but whom he nevertheless loved. And he struggled, always, with regret.

So Tannen tells us, as she skillfully sifts and weighs both his memories and her own. Her elegant narrative, too, is nonlinear – more like a mosaic. “Finding My Father” incorporates abundant foreshadowing, long verbatim reminiscences of Eli Tannen’s life (till age 11) in Poland, his convoluted work history, and an intriguing digression about his extended family. It crescendos to the question that intrigues Tannen most: her father’s choice to marry Tannen’s mother, Dorothy, instead of the pseudonymous Helen, with whom he shared a more obvious romantic connection.

The memoir’s intimacy is buttressed by many hours of taped interviews and a voluminous hoard of Eli Tannen’s personal papers, including two youthful journals and his correspondence with Helen. Tannen finds the letters beguiling and renders this judgment: “She’s contemplative, sensuous, thoughtful, playful – and she can write.” 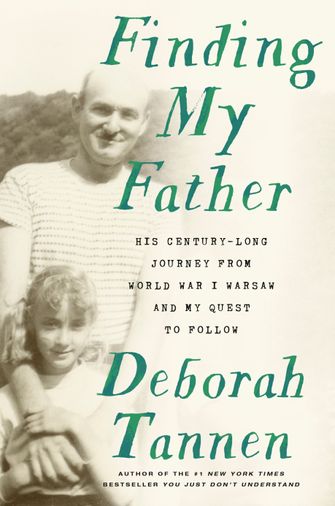 Finding Her Father: Deborah Tannen follows her father’s journey out of World War I Warsaw. Image by Penguin Random House

Eli Tannen bequeathed the materials to Tannen, and wanted her to preserve his story — above all, his memories of early 20th-century Warsaw. “To me it’s not real unless it’s in the past,” he tells her. At one point, she asks whether he feels more American or more Polish. “I feel like a Jew,” he says.

Tannen’s drive to understand her father’s life (he died in 2006 at 97) stems in part from how much she missed him during her childhood. “A sense of yearning for him stayed with me long after I was grown,” she writes. Work preoccupied him. He’d dropped out of school at 14 to support his mother and sister, and, without attending college, earned a law degree in his 20s that he waited three decades to use. Stymied by the Great Depression, he instead took a variety of unlikely jobs, including prison guard, parole officer, alcohol tax inspector and garment cutter, while also dabbling in Liberal Party politics.

Surprisingly, the correctional gigs, for a minimum-security federal facility in Danbury, Connecticut, suited him, and he always lamented having left. He might well have been promoted to warden had he stayed. In time, with a boost from his wife’s income as an electrologist, he was able to pursue a legal career, developing a successful workers’ compensation practice.

The youngest of three sisters, Tannen describes herself as having been a rebellious and unhappy child. “Finding My Father” touches on her troubled relationship with her mother, which thawed later in life. In contrast to her father, her mother, who had emigrated from present-day Belarus, preferred not to talk about the past – and resented her husband for doing so obsessively. It remained a sore point in their marriage.

Tannen steps back at one point to unpack the unusual lives of her father’s extended family. One of his maternal aunts, Dora, a mathematician and physicist, was reputed to have been Albert Einstein’s lover, and, according to family lore, aborted their child. Another, Magda, a dedicated Communist, served prison time and later rose to a powerful position in Poland’s post-World War II government. Tannen’s father, too, was a Communist for a while, before becoming disillusioned, like many, by Stalin’s 1939 pact with Hitler.

Tannen had always wondered whether her mother, who was the sister of her father’s best friend and worked for a time in the same office, had manipulated him into marriage. But her father’s journals changed her mind. They revealed that the attraction was mutual, if complicated. His wife-to-be was ubiquitous in his daily life – and their premarital sexual involvement likely sealed the deal.

As a young man, Tannen’s father, who regarded himself as homely and undesirable, was hugely motivated by sex. But he had scruples, too. Despite Helen’s charms, he declined her entreaties to consummate their relationship. The main reason seems to have been his erroneous belief that Helen was a virgin.

Both women “gambled with virginity,” Tannen writes. “They just played the sex card differently. Helen hid the fact that she wasn’t a virgin. My mother wasn’t a virgin either, but she didn’t hide it; she used it. My mother’s was the gamble that paid off.”

“Finding My Father” captures Eli Tannen’s wry humor. It is also straightforward about his flaws, as well as the accretion of bad choices and misfortunes that shaped – and misshaped – his life. But the memoir is burnished by filial love. Now permanently absent, the father remains deeply present for the daughter, not least in their shared affinity for language. Eli Tannen might have winced at his daughter’s candor, but there’s no doubt he would have admired this book.

An extraordinary yearning to understand a father’s life