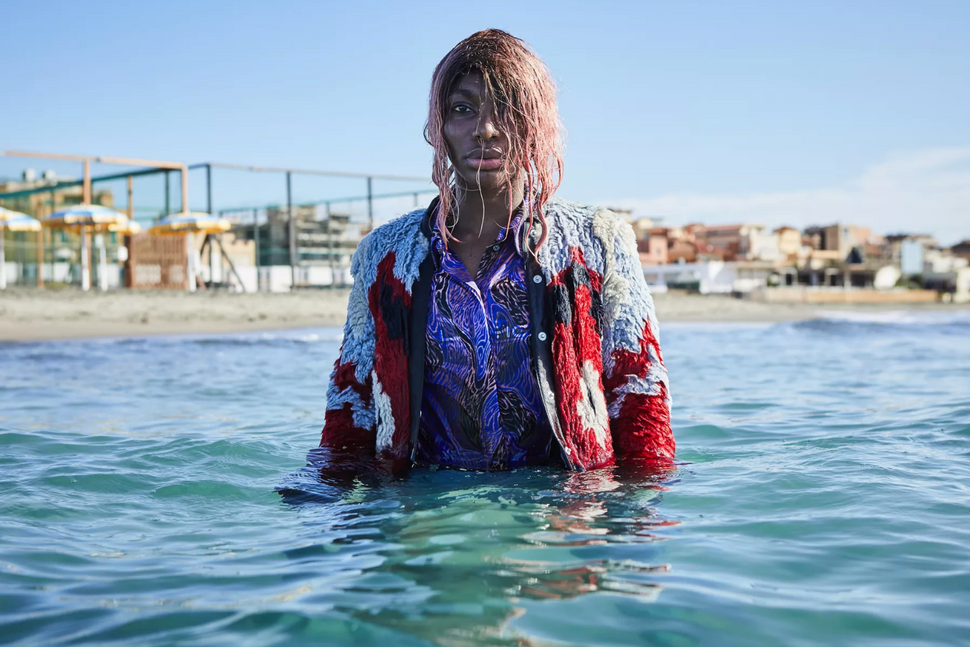 Michaela Coel emerges from the water in HBO’s ‘I May Destroy You’ to the sounds of Jewish liturgical music. Image by HBO

At the end of the eighth episode of HBO’s breakthrough series, “I May Destroy You,” the protagonist, a Ghanaian British writer named Arabella Essiedu awakes on the shore of the Tyrrhenian Sea, an emotional wreck stranded thousands of miles from home.

A string of catastrophe and failure has led Arabella here — her rape in the show’s pilot, her struggle to produce the draft she owes her publisher, her ill-advised attempt to reignite an old flame — and she sits before the waves in silence, looking utterly defeated. Then she climbs to her feet.

As she does, the 18 male voices of the Shaar Hashomayim Choir, a Montreal-based synagogue group, sing the harrowing first notes of a classic piece of Jewish High Holiday liturgy, “Uv’cheyn Yitkadash,” (which means “and thus may [Your Name] be sanctified”). The ensuing sequence — Arabella wades into the water until she is fully submerged, accompanied musically by the choir and its soloist, Cantor Gideon Zelermyer — is a defining moment of the acclaimed drama’s first season, which concluded August 24.

“It struck me as a ‘Jonah and the big fish’ moment,” Zelermyer said. “Like, everything is caving in around me, and I’m not up to the task of handling it, so I just need to escape somehow.”

While it’s actually the second time the choir features in the show’s soundtrack, the score imbues this scene in particular with a kind of holiness, and for Jews who haven’t heard familiar synagogue tunes in months because of the coronavirus pandemic, perhaps some spiritual nostalgia, too. It’s unusual to hear the intimate passages of Jewish liturgy in an entertainment product, even one as ambitious and thought-provoking as “I May Destroy You,” which was written, directed and produced by Michaela Coel — who also plays Arabella.

How Coel’s show about Black millennials navigating friendship and trauma in London ended up with two songs pulled from Rosh Hashanah services is a story that was years in the making, said Zelermyer, who has been Congregation Shaar Hashomayim’s cantor since 2004. 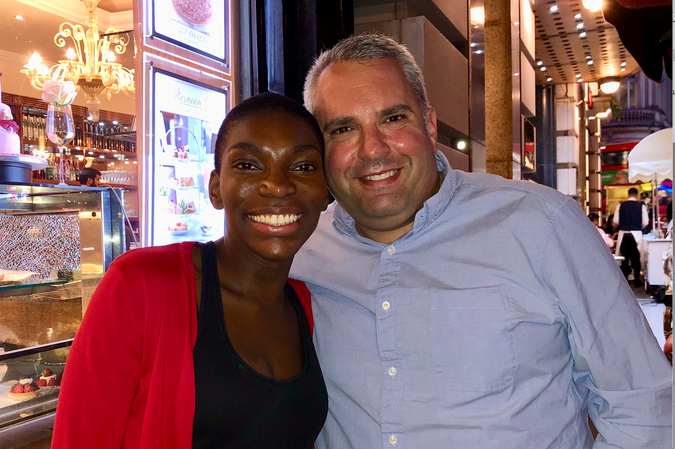 It begins in 2015, when he and the Shaar Hashomayim Synagogue Choir provided vocals for Leonard Cohen’s final album, “You Want It Darker.” Cohen had had his bar mitzvah at the synagogue, and reached out to Zelermyer to suggest a collaboration after hearing one of the group’s recordings. After Cohen died in November 2016, the album vaulted to the top of the charts, and Zelermyer, who had a solo on the title track, and the choir took home Grammy Awards when Cohen won posthumously for Best Rock Performance.

Coel first crossed the cantor’s radar in 2018, when Zelermyer and his wife were binge-watching “Black Earth Rising,” a Netflix series she had a supporting role in. A day after they’d watched four episodes, Zelermyer says he woke up to an email from Coel, who had discovered the group’s music through “You Want It Darker.” They quickly struck up a friendship that culminated in a night out together in East London in 2019.

“We stayed up until three in the morning sharing life stories,” Zelermyer said.

That night, Coel told Zelermyer about her next project, a yet-untitled show about consent and the fallout from sexual assault, based on her personal experience as a rape survivor.

Not long after Zelermyer sent her the choir’s digital recordings, Coel identified two tracks — “Uv’chein Yitkadash” and “Rachamana” (meaning “The All-Merciful”) — she hoped to use in the show. Without describing the scenes they would be used in, she asked the cantor to explain the meaning behind each song.

After he told Coel the context of “Uv’chein,” a passage that invokes the binding of Isaac to make a case for the nation’s forgiveness, Zelermyer says, “She was completely blown away that she had chosen something that she considered to have such an appropriate connection to what [Arabella] is going through. It was all her. She has this unbelievable, intuitive sense.”

While the Ashkenazic musical tradition thrives in congregations throughout North America, Congregation Shaar Hashomayim is one of the only synagogues in the world with a full choir performing from the European liturgical repertoire each week. It has been doing so since 1887, when the synagogue established the choir. Zelermyer says the tune that scored “I May Destroy You,” though certainly not originating at the synagogue, dates back to the 19th century as well.

The passage immediately follows Kedusha, one of the spiritual high points of the cantor’s repetition of the Amidah prayer, and it is unique to the High Holidays. “For the sake of the son [Yitzchak], who let himself be bound on the altar,” the Sefaria translation reads, “[God] will put an end to our struggle.” The song used in the show is a 2013 recording, conducted and arranged by Stephen Glass.

Zelermyer knew that the song was coming at the end of the eighth episode. But he had no idea the context it would appear in, even as the moment approached.

“When I saw it, I was completely overwhelmed,” Zelermyer said. “Because you’re absolutely primed for some kind of an emotional response to what she’s going through. And given the eclectic nature of the soundtrack of the show, I really didn’t know what to expect at that moment. I kept on thinking, What’s she going to do? How’s she going to fit it? So the fact it was this, was really something.”

Zelermyer said that the full choir would sing “Uv’cheyn Yitkadash” in person during services at a typical Shaar Hashomayim High Holiday service. But because the Covid-19 pandemic has forced the synagogue — which according to Zelermyer is “Orthodox in practice, but that doesn’t reflect the lifestyle of our congregants”— to hold three separate services, the choir prerecorded an abridged service without the song for congregants to watch at home.

He noted that in a strictly Orthodox setting, he might not have been permitted to offer hallowed religious texts as background music in a thoroughly secular TV show. But the show’s application of the liturgy was appropriate, he said, and done with care.

“This is not bending us what we do to meet the needs of pop culture,” he said. “This is us being who we are and dealing with people who are respectful of the authenticity of the statement. They’re not asking us to sing Adon Olam to a Broadway tune.”

He added that the experiences of Arabella and her friends on “I May Destroy You” dovetailed with the themes of the High Holidays.

“This whole season is about doing a cheshbon nefesh,” he said, or a personal accounting. “Like any of us, there are things that we do that are great, and things we do that are not. Each of these characters in the course of this show goes through a reckoning. It’s very human, and it’s very real.”

“I May Destroy You” is streaming on HBO and HBOMax.