Just how Jewish are the top 500 albums of all time? 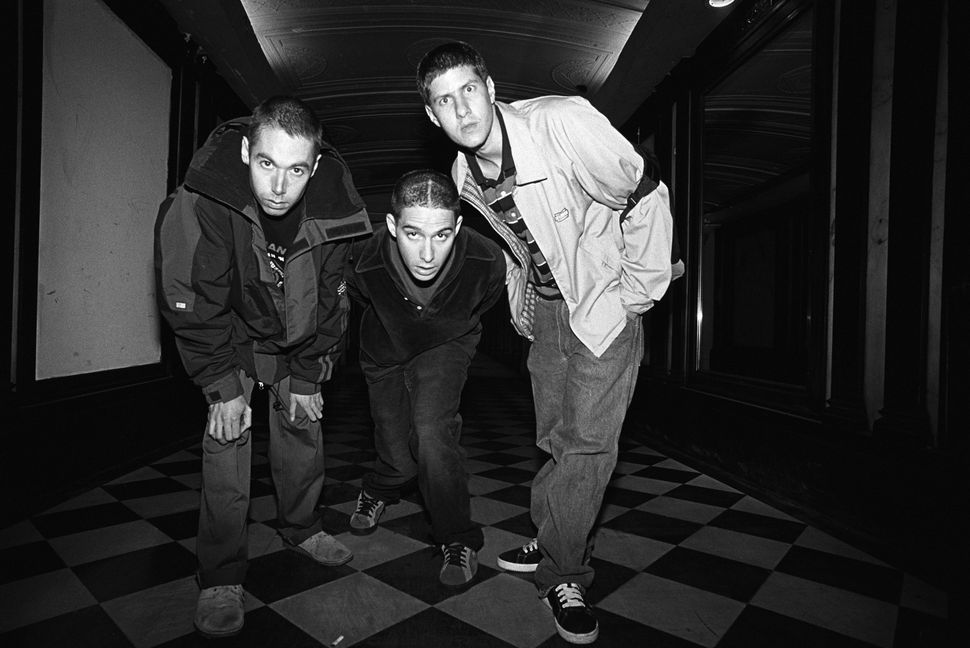 For example, were the Band — whose main songwriter Robbie Robertson’s Jewish father died before he was even born — and the Clash — whose co-leader, Mick Jones, was Jewish, but not the group’s ostensible frontman, Joe Strummer — Jewish bands? For our purposes here, yes.

Alas, we don’t count Elvis Presley or Madonna as members of the tribe, even though together they would push the “Jewish albums” total up significantly. The Ramones and Jefferson Airplane? Jewish. Blondie and Guns N’ Roses? In spite of boasting Jewish members, not Jewish. I can’t explain why. It’s just a feeling — no, more than a feeling. It’s a vibe. Let the Talmudic debates begin.

Unsurprisingly, Nobel Prize-winning rock poet Bob Dylan holds the trophy for most albums by a Jew on the Rolling Stone list, with seven solo albums plus another shared with the Band, for “The Basement Tapes.” Surprisingly, Dylan has only one album in the top 10 — “Blood on the Tracks,” clocking in at a measly number 9 (inscrutably behind Fleetwood Mac’s “Rumours” and Nirvana’s “Nevermind”) — and another in the top 20 — “Highway 61 Revisited,” at number 18. The album that many Dylanologists still consider his greatest, “Blonde on Blonde,” ekes into the Top 40 at number 38. You have to go all the way down to number 181 to find Dylan again, this time for “Bringing It All Back Home.” Other albums, including “The Freewheelin’ Bob Dylan,” “John Wesley Harding,” and “‘Love and Theft’” also make the list. (Dylan’s ratings are not the only ones to raise eyebrows: only the Beatles’ “Abbey Road” cracks the Top 10, “Revolver” is at number 11, and “Sgt. Pepper’s Lonely Hearts Club Band” is at a lowly number 24.)

Close behind Dylan with five placements is Lou Reed, counting his solo album “Transformer” and four he made with his proto-punk group the Velvet Underground. Albums by fellow New York poet-rocker Paul Simon, including “Graceland,” “Paul Simon,” and “Bridge Over Troubled Water” — the last made with his erstwhile partner, Art Garfunkel — garnered Simon three nods.

Three albums by the Band make the list, including the co-bill with Dylan on “The Basement Tapes.” The unquestionably Jewish group the Beastie Boys — who created a very New York City-based blend of punk and hip-hop — also show up three times on the list, for “Paul’s Boutique,” “Check Your Head,” and “Licensed to Ill.”

Some may dispute the inclusion of the Clash in a Jewish list, but cofounder, songwriter and multi-instrumentalist Mick Jones — whose mother was Renee Zegansky, of Russian-Jewish background — was an equal creative partner to Joe Strummer, sort of playing Paul McCartney to Strummer’s John Lennon. Jones was primarily responsible for the English band’s evolving sound that grew from straight-ahead punk-rock to incorporating influences from Black music, including reggae, funk, R&B, and rap. Three albums by the Clash made it to the list. That other seminal punk-rock group, the Queens, N.Y.-based Ramones — whose founders included Joey Ramone, born Jeffrey Ross Hyman, and Tommy Ramone — born Tamás Erdelyi to Holocaust survivors in Budapest — is included on the list twice, for its eponymous album and “Rocket to Russia.”

A veritable who’s who of great Jewish rock stars fill out the rest of the Jewish Top 50 list, including Carole King for “Tapestry,” Amy Winehouse for “Back to Black,” and Hole for “Live Through This” (Hole’s founder and leader, Courtney Love, identifies as a “Juban,” or Jewish Cuban). Billy Joel, everyone’s favorite Jewish non-Catholic, gets a nod for “The Stranger” (nothing to do with Camus), and T. Rex, fronted by Marc Bolan (né Marc Feld) is at number 188 for “Electric Warrior.” Riot-grrrl avatars Sleater-Kinney — featuring Carrie Brownstein and Janet Weiss — follow at number 189 for “Dig Me Out,” and Canadian-Jewish bard Leonard Cohen is close behind for “Songs of Leonard Cohen.”

Other one-hit wonders on the list include Jonathan Richman and the Modern Lovers, Randy Newman, Van Halen, Kiss, Vampire Weekend, Rush, Yo La Tengo, Beck, Laura Nyro, and Jefferson Airplane, whose Jewish personnel included Marty Balin, Jorma Kaukonen, and Jack Casady. The group Sparks — cofounded by the Mael brothers, sons of Meyer and Miriam Moskowitz Mael — got the nod for “Kimono My House”; producer and songwriter Phil Spector’s collection, “Various Artists – Back to Mono (1958-1969),” which includes the Righteous Brothers’ “You’ve Lost That Lovin’ Feelin’,” the Ronettes’ “Be My Baby,” and the Crystals’ “Da Doo Ron Ron,” clocks in at number 489. Synth-punk group Suicide’s eponymous album squeaks onto the list at number 498. Suicide founder Alan Vega, a native of Bensonhurst, Brooklyn, was born Boruch Alan Bermowitz.

Jews make up about two percent of the population in the U.S. and .002 percent of the world’s population. With fully 10 percent of Rolling Stone’s Top 500 albums made by Jews, it’s fair to say we are punching way above our weight.

Just how Jewish are the top 500 albums of all time?