That time the Bee Gees sang a love song to Israel 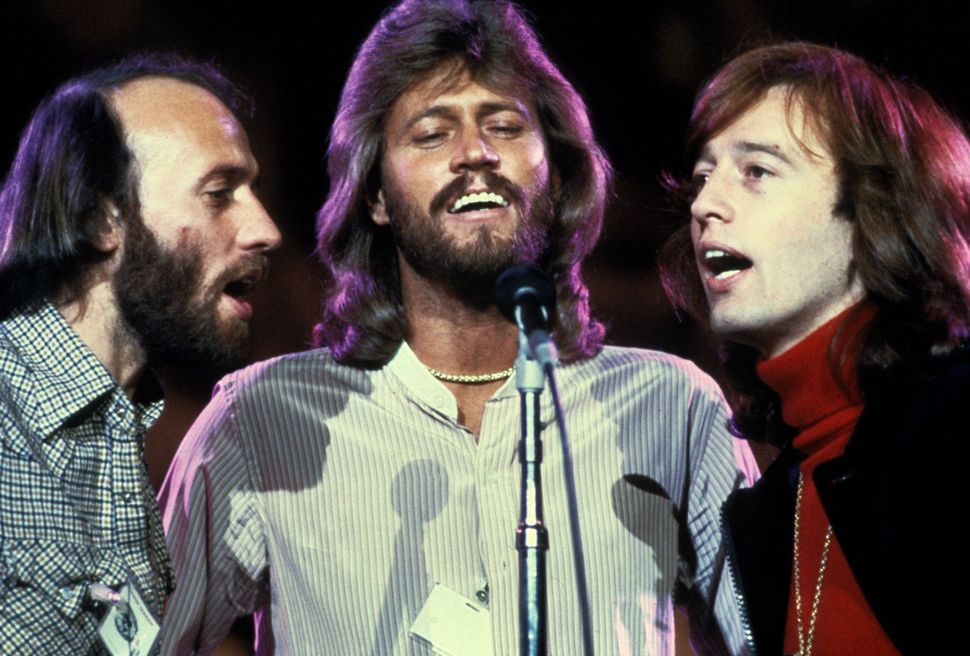 News that HBO has acquired the rights to air “The Bee Gees: How Can You Mend a Broken Heart” — the first authorized documentary about the famed singing group —made us wonder if it might offer any insight into or reveal the untold story behind the group’s 1971 ballad, “Israel.”

The British-by-way-of-Australia group’s 1971 album, “Trafalgar,” was a comeback of sorts, returning the group to the top of the pop charts after a fallow period that saw the Brothers Gibb break up the band for a couple of years. After internecine squabbles over who should get the most lead vocal turns came to a boil, and with the failure of several late 1960s albums to score commercially, the brothers — Barry, Maurice, and Robin — split up, each attempting to record a solo album during that time. But those went nowhere, and several were not even released. 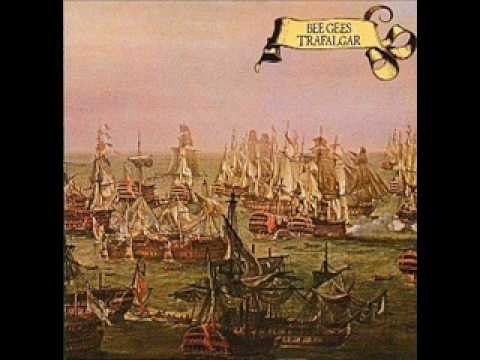 By summer 1970, the brothers mended their Biblical rift, regrouped, and returned to the recording studio. That fall, they released an album called “2 Years On,” which spawned a number-three hit, “Lonely Days.” But the following album, “Trafalgar” — released in the U.S. in September 1971 — kicked off with the modern classic, “How Can You Mend a Broken Heart,” which became the Bee Gees’ first number-one hit in the U.S., blazing a trail toward their position as one of the biggest hitmakers of the 1970s. The second song on “Trafalgar” — a full-fledged Zionist tribute — attracted little attention or airplay, unless in May 1972 you were listening to Dutch radio, where “Israel” went all the way to number 22.

Here’s what we do know about “Israel”: The song was written by Barry Gibb and recorded in London in April 1971. The brothers previewed the number onstage during a brief tour of the Holy Land the following summer. “Israel” was recorded at a time when the nation of Israel still enjoyed the admiration and support of much of the world (as reflected in the song’s lyrics), four years before the UN General Assembly resolved that “Zionism is racism,” and decades before Roger Waters and his ilk called for a cultural boycott of the Jewish state.

The Bee Gees’ “Israel” is a veritable love song to its namesake. The song begins, “You’ve had your troubles Israel / I’ve seen them all / But you put the writing on the Wall / Israel, Israel.” Lead singer Barry Gibb continues, “I like the smiles upon your people’s faces / They make you feel warm embraces / And I want that kind of smile / Israel / Take me into your arms and let me feel your goodness.” The music is classic Bee Gees, a soulful ballad that starts softly and slowly builds a head of steam before exploding in a Phil Spector-like crescendo (replete with tympani). It’s sort of catchy and could well have been a hit, regardless of its subject matter.

As for the motivation behind it, presumably the song speaks for itself. On one Bee Gees online forum, fans have debated whether or not the Gibbs’s mother, Barbara Pass Gibb, was Jewish. (That seems highly unlikely.) Before he died in 2012, Robin Gibb defiantly performed in Israel in spite of calls for a cultural boycott.

Barry Gibb recorded two duet albums with Barbra Streisand, in 1980 and again in 2005. The latter album, “Guilty Pleasures,” includes a song by Gibb called “All the Children,” which was originally titled “Children of Israel,” and which boasts a kitschy Middle Eastern-pop-style arrangement. In a 2012 interview, Barry Gibb — the only surviving brother (Maurice passed away in 2003) — told an interviewer, “This family has grown. We’ve got a Swedish arm, a Jewish arm of the family, a Latvian arm of the family and another Jewish arm of the family, it’s absolutely crazy!” Presumably one of those “Jewish arms” was a reference to Gibb’s Israeli daughter-in-law.

And that ain’t jive talkin’.

That time the Bee Gees sang a love song to Israel