Has Donald Trump been listening to Blue Oyster Cult? 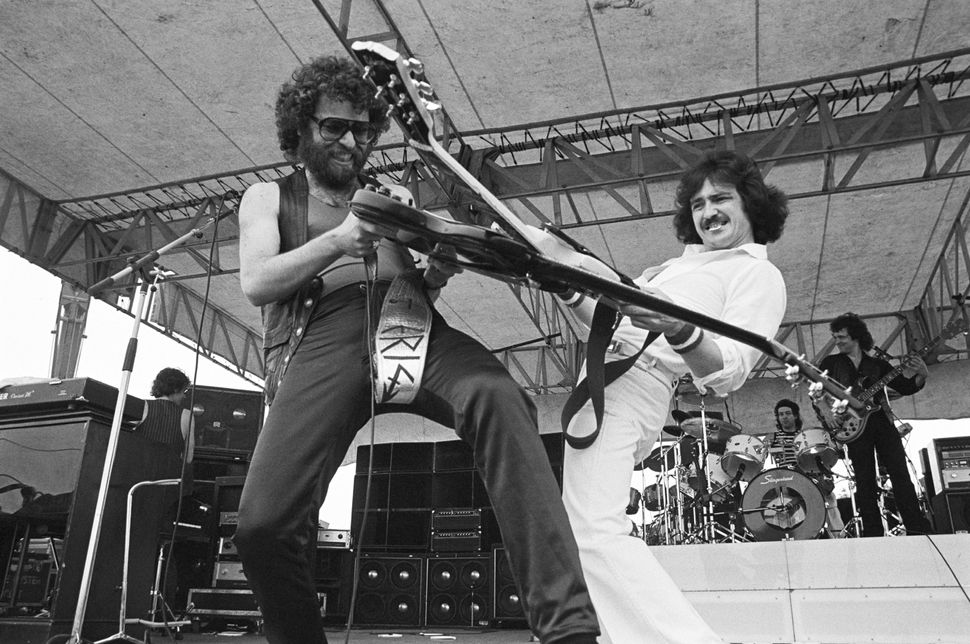 Has President Donald Trump been listening to Blue Oyster Cult during his four-day stay at Walter Reed Medical Center, where he has been under medical care since Friday as the world’s most famous coronavirus patient?

How else to explain yet another of his inscrutable tweets? This afternoon, the Tweeter-in-Chief told the world “Don’t be afraid of COVID,” in spite of the fact that over a million people worldwide have died from the infection, including about 210,000 in the United States alone.

Sure, you could attribute Trump’s tone-deaf tweet to the president’s notorious-bordering-on-pathological lack of empathy. But wouldn’t it be so much more fun to imagine Trump listening to “(Don’t Fear) The Reaper” by Blue Oyster Cult on a nonstop loop all weekend?

Perhaps Trump asked his favorite son-in-law, Jared Kushner, to make him a playlist for appropriate bedside listening for someone hospitalized with numerous comorbidities that exponentially raise the chances for an obese 74-year-old to succumb to the 2020 plague.

Kushner, devoted member of the tribe that he is, would have likely turned to the best-known song about death by the world’s greatest Jewish heavy-metal band. While lead singer Eric Bloom was the only Jewish member of the group to appear onstage, the group’s Svengali, Sandy Pearlman, coproduced the song along with creative collaborators and fellow Jews Murray Krugman and David Lucas, the man responsible for adding “more cowbell” to the recording.

One can truly imagine Trump being inspired by the poetry of Buck Dharma’s lyrics:

All our times have come

Nor do the wind, the sun or the rain, we can be like they are….

I’m absolutely sure that the following lyrics would have resonated deeply with Trump, as he lay half-awake with an oxygen mask doing his breathing for him, musing about the people he might meet at his next rally:

Perhaps the notion that Buck Dharma was writing about dead people and not red-hatted MAGA types was lost on Trump. (Dharma took a wild guess that 40,000 people die every day somewhere on the planet; the actual number, before COVID, was closer to 140,000.)

The hypnotic repetition of “40,000 men and women every day” may just be responsible for Trump’s insistence that he leave the hospital today, lest, to his way of thinking, he might become one of them. Hospitals, after all, are only for losers and dead people.

Has Donald Trump been listening to Blue Oyster Cult?