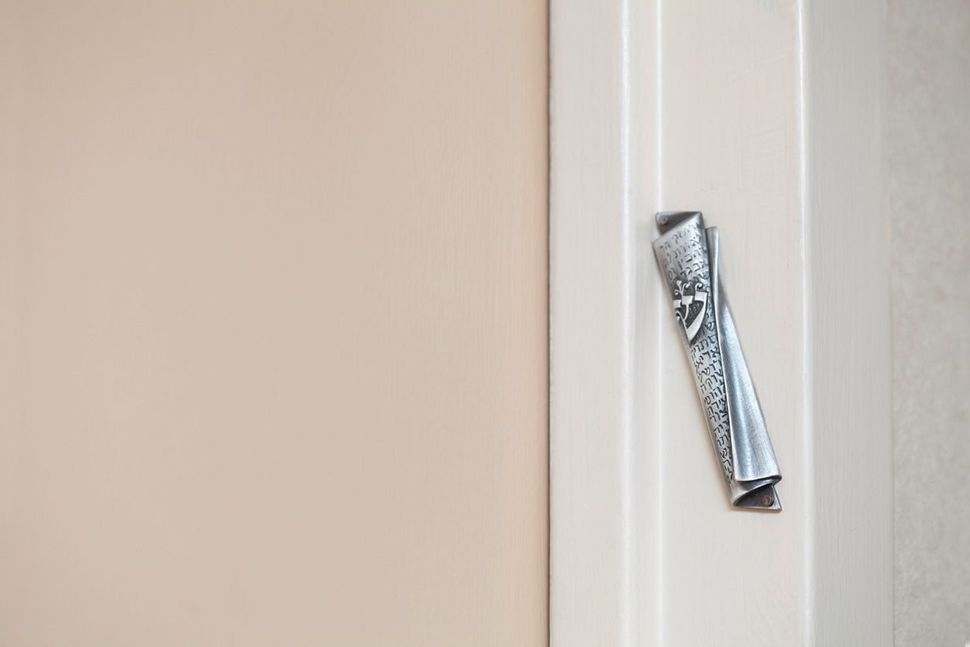 A mezuzah. Image by iStock

Around 2 a.m. on the morning of October 12, Stanford economist Robert Wilson ventured outside to break some important news to his neighbor and research partner Paul Milgrom: Together, they had won the Nobel Prize in Economics for their contributions to auction theory.

The Swedish Academy seems to revel in the confusion it causes by heaping accolades and cash on sleepy North Americans in the wee hours, and Wilson and Milgrom are hardly the only Nobel laureates to receive the news in their pajamas. But since Milgrom had put his phone on silent, Wilson had to deliver the news the old fashioned way: through his video doorbell. The result? Depending on how you look at it, either a heartwarming tale from the academy or unwitting promotional content for a controversial device accused of radically eroding privacy rights.

Footage from Milgrom’s Google Nest doorbell shows Wilson, along with his bathrobe-clad and very amused wife, Mary, pounding the doorbell for several seconds. When a dazed Milgrom finally answered, they matter-of-factly informed him that he’d won the biggest prize in their shared field and chided him for being so hard to reach.

“Will you answer your phone?” Mary asked, laughing.

Every part of this video is well worth watching several times. But for Jewish viewers, there was only one star in the show: the mezuzah affixed to Milgrom’s doorframe.

Are we 100% sure this item is a mezuzah? No, and the Forward won’t be able to confirm it until Google patents its next round of scarily effective object recognition software. But we challenge you to name another small rectangular item commonly found on the right side of Stanford door frames. We’ll wait.

I see a mezuzah on the door! Mazel tov, Dr. Milgrom on winning the #NobelPrize https://t.co/zWgwMlsHmy

Mazel tov to Paul Milgrom and his now-famous mezuzah!! https://t.co/bcTD1OV5B3

The video provided humanizing evidence that Nobel laureates are sometimes just like us, different though they may be in (many) big ways: Like other mere mortals, they need eight hours of sleep, possess gadgets they don’t quite understand and enjoy surprising their friends with career-defining news.

We predict this will become required viewing for Jewish children for an entirely different reason. Above all, the footage is a testament to the two things their parents want them to possess as adults: a properly-hung mezuzah and a Nobel Prize.