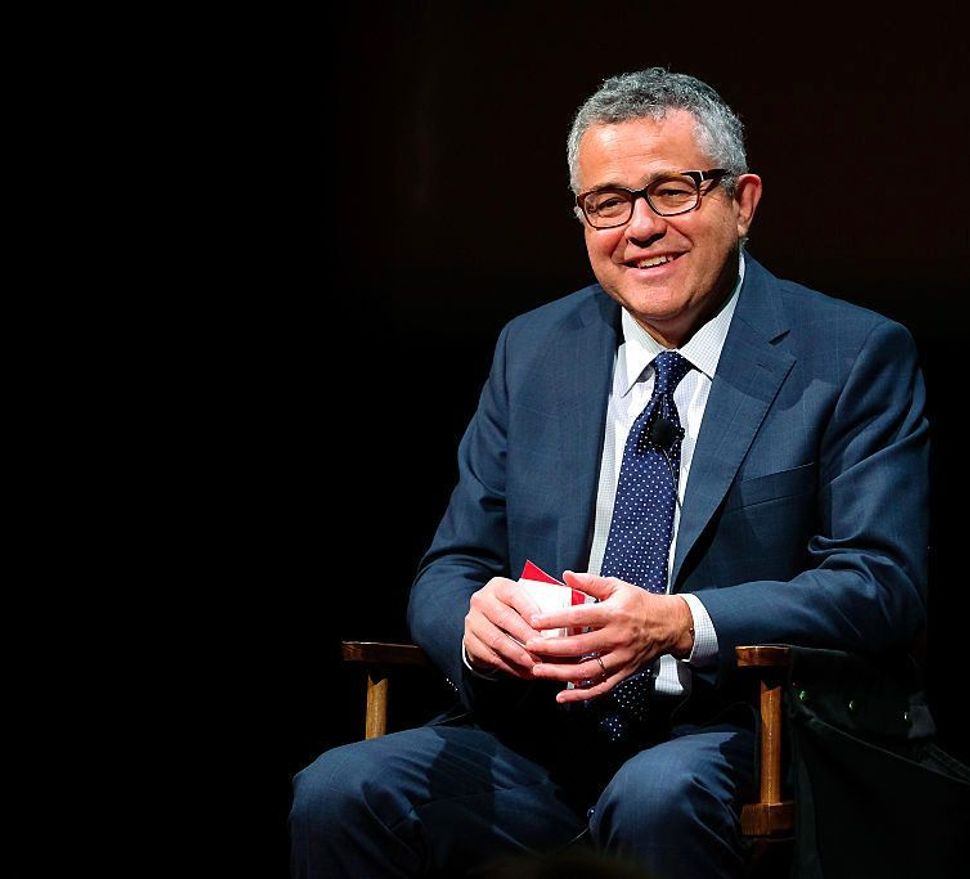 For decades, writer and legal analyst Jeffrey Toobin has dispensed commentary on the political scandals du jour. Today, he is one.

In a statement to Vice, which broke the news, Toobin said he had made “an embarrassingly stupid mistake” and apologized to his family and colleagues.

“I believed I was not visible on Zoom. I thought no one on the Zoom call could see me. I thought I had muted the Zoom video,” he said.

Within hours, the story took on a life of its own on social media. Under the hashtag #MeToobin, observers debated whether Toobin was guilty of what he described, a merely “embarrassing” faux pas, or a graver violation of his coworkers’ consent.

Two things can be true at once:

1. People who are accidentally exposed because they don’t realize a video call is happening in their private space deserve compassion.

2. Engaging in sexual activity while on a work call is at best poor judgment and should be treated accordingly.

The framing of this is incredibly problematic.

Toobin has not “been sidelined” for “an accident”. He has been suspended for subjecting his colleagues to sexual misconduct. He is not a victim. This is not something that has been done to him. https://t.co/X9msjxXUbb

Plenty of great women with the legal credentials and experience to do Toobin’s job at CNN without the embarassingly long career runway or multiple bad choices towards peers and coworkers.

For others, it was simply the next frontier in the grand experiment of working from home.

You know what saves you from ‘accidentally’ exposing your groin on Zoom? A good nightgown, that’s what.

chotiner interviewing toobin on zoom dick: “You wrote ‘I believed I was not visible on Zoom.’ But you believed you were visible elsewhere, that’s what you’re saying?”

Toobin isn’t the first man to incorrectly answer the question, “Is this professional setting the appropriate place to expose my genitalia?” (The answer, FYI, is always the same.) And unfortunately, he’s unlikely to be the last. What does distinguish his case are the years he’s spent reporting and commenting on the sex scandals that periodically roil his milieu.

Toobin has a history of not quite believing the evidence when private indiscretions become political disputes. After a 2008 federal investigation pegged the married New York Governor Eliot Spitzer, famous for targeting corruption and prostitution as an attorney general, as a patron of prositution rings himself, Toobin was one of many who expressed disbelief. Speaking to CNN, he called Spitzer, a law school classmate, “the straightest arrow I know.”

“To say this is a shock is an understatement,” he added.

Three years later, when Democratic Congressman Anthony Weiner was first accused of sending lewd photos to young women via Twitter, Toobin backed up the politician. Defending Weiner’s first and false explanation of the situation — that his Twitter account had been hacked — Toobin told CNN that Twitter is “not a very secure environment” and urged fellow pols and talking heads not to “make a federal case of it.” (A federal case is exactly what the incident subsequently became, with Weiner spending several months in prison.)

In his life as a writer, Toobin has also positioned the perpetrators of sex scandals primarily as victims of unscrupulous enemies. His 1999 book, “A Vast Conspiracy,” a thriller-style recounting of the Monica Lewinsky scandal, framed then-president Bill Clinton as a victim of partisan chicanery rather than an authority figure who had abused his power over a young female employee. Toobin’s argument — that the Clinton impeachment was driven by Republicans’ desire to rid themselves of a Democratic president rather than genuine concern about his “inappropriate relationships” — is, by now, widely shared. But later reviewers have noted that Toobin was all-too-ready to dismiss Lewinsky’s actual suffering: in the book, he describes Lewinsky’s communication with the president as a combination of “haughty presumption and abject whining,” and ultimately dismisses both her and Paula Jones as women devoid of “talent, learning, wit, great beauty, interest in the outside world, or knowledge of politics.” The subtext: since Lewinsky is barely worthy of male attention, her mistreatment is certainly no reason to derail a presidency.

While we don’t yet have a full picture of Toobin’s indiscretions, from earlier accounts it seems they occupy a much grayer area than many of the cut-and-dry scandals on which he’s commented. Insofar as he exposed himself in his coworkers’ virtual presence, his actions may constitute harassment, but it seems unlikely that Toobin was actively trying to harass anyone.

That’s a mistake from which he could recover, by admitting he messed up and may have caused harm. Plenty of people would be willing to acknowledge that he was engaged in an innocuous private act that only accidentally became a publicly unprofessional spectacle.

But based on his history, it seems unlikely he’ll actually admit there was a transgression. If he can’t truly reckon with the misconduct of others, how can he confront his own?