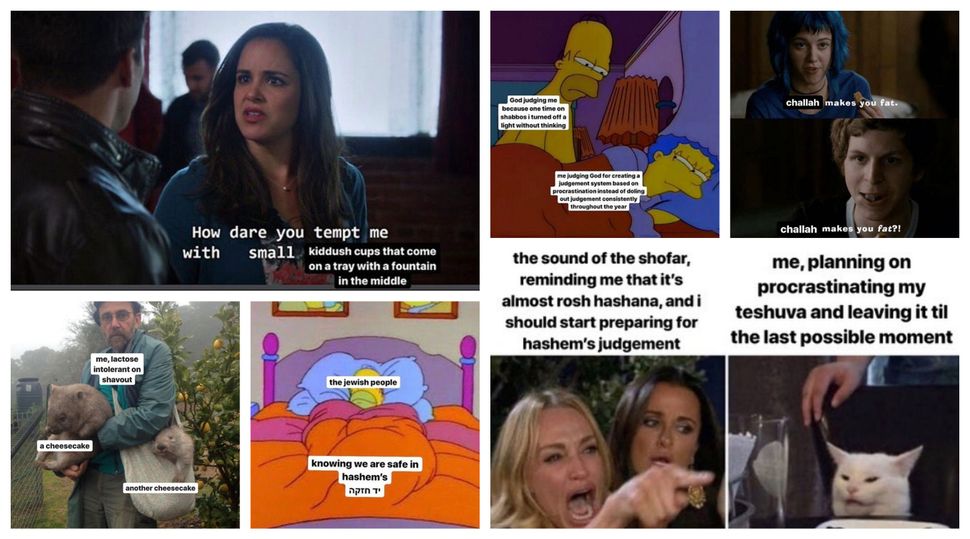 Shoshana Gottlieb wants you to know she’s not an artist.

Sure, she spends her free time crafting original graphics to post online. Sure, her work captures Jewish culture and tradition with a sharp but loving eye. And sure, she has a devoted following who come to her for inspiration and entertainment.

Still, she says, “I’m just shouting dumb stuff into the world and hoping it lands.”

Gottlieb, 25, is a “gefilte fish apologist” and a Jerusalem-based Masters student in Jewish education. Speaking over the phone, she’s deliberate and self-effacing. But among internet-savvy Jews, she’s best known for her antic online presence. Armed with a bottomless supply of Talmudic lore and pop culture references, Gottlieb is the brains behind some of the smartest and funniest Jewish memes in existence. Though she started her career as an internet personality just over a year ago, Gottlieb has already emerged as a mainstay in the world of online Jewish comedy — and, she said, she’s just getting started.

“There’s a long tradition of Jewish humor, and this is just the latest iteration of that,” she said. “People like laughing at an inside joke that not the entire world is going to understand.”

Gottlieb grew up in Bondi Beach, an oceanside suburb of Sydney, Australia, and attended a Chabad-affiliated day school for over a decade; on Instagram, she calls herself a “youth group survivor.” 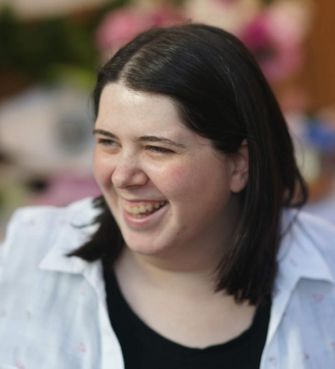 Gottlieb, 25, is a Jerusalem-based Masters student. Image by Shoshana Gottlieb

But for a long time, she said, angst came more easily than inside jokes. Coming of age in a largely secular beach town, Gottlieb found it difficult to be part of a religious community that “dictates a lot of the things you have to do in life,” and as a teenager she rebelled against the demands of Orthodox life. Only as she grew older and more comfortable in the frum world that did she feel able to joke about it.

“The humor I use now would have felt a little sacrilegious to my younger self,” she said. “Sometimes it still does.”

Gottlieb started making memes in late 2019, when she realized she could improve upon the Jewish jokes her friends were constantly sharing on social media: “It got to a point where I was like, I could make these funnier,” she said. Using her very basic photo-editing skills to slap together images and text, she circulated her first attempts among friends and posted them in Facebook groups for religiously-inflected Jewish humor. But the sexist and homophobic sentiment that occasionally cropped up in those groups — for example, jokes about female rabbis — disheartened her.

So Gottlieb decided to go all-in: Instructing her friends to follow her, she turned her Instagram feed into a stage for Jewish humor. Her creations, which she posts on Twitter as well, usually incorporate pop culture symbols: she often riffs on social media’s memes du jour, and for inspiration she peruses “no context” Twitter accounts that post potentially funny stills from popular TV shows. She also deploys a level of Talmudic erudition you don’t usually see in company with stills from “Naked and Afraid,” a “Survivor”-style reality show that’s exactly what it sounds like. If, like me, you did not attend Jewish day school, you’ll probably spend some time googling things like “Who is Noach?” or “What is a shaliach tzibbur?”

The result is a steady stream of unlikely but extremely apt commentary on Jewish life and teachings: an infamous Michael Cera GIF used to illustrate the parable of Moses and the burning bush, a still from the “Simpsons” that, against all odds, perfectly encapsulates what it’s like to face one’s own mortality on the High Holidays.

Gottlieb is hardly the first Jew to make a meme, but she’s carved out a niche for herself in the busy ecosystem of Jewish humor. Some online characters — like @crazyjewishmom, which posts text exchanges between one daughter and her stereotypically neurotic, Upper East Side matriarch — riff on secular Judaism. Others, like @theturntjew, who memes about attending yeshiva and dating under the restrictions of shomer negiah, capture experiences specific to the Orthodox world.

Gottlieb’s Instagram page is a place where Jews of many stripes can feel comfortable — and challenged. She sees her middle-ground status reflected in the messages she gets from fans. Some ask her to explain the particularly obscure Talmudic commentaries she references. Others come to argue: “We’ll have a mini chevruta in my DMs, because they disagree with something or they want to discuss,” Gottlieb said.

In just under a year, Gottlieb has gained thousands of followers on Twitter and Instagram, as well as a nod in Hey Alma’s yearly roundup of Jewish internet culture, a list that includes plenty of more established online celebrities. “Making us laugh in such a difficult year is a true mitzvah,” the editors noted.

can i put this as an official review on my CV https://t.co/Ay8aL3cppb

The newfound popularity means she sometimes catches friends referring to her as “Twitter-famous Shoshana.” What keeps her grounded? You guessed it: her mom, who doesn’t hesitate to speak up when she doesn’t like when she sees.

Gottlieb may have won the approval of the notoriously fickle Jewish Twitterverse, but she’s preparing for a career disseminating Jewish teachings among an even harder-to-please crew: teenagers. Given her online pedigree, it’s difficult to imagine anyone better suited to the job: You’d have to be an extremely hard-hearted youth group member to resist a dose of Gemara delivered in GIF form.

But on that front, Gottlieb said, she anticipates stiff competition.

“Teenagers are the funniest group of people in the entire world,” she said. “There’s always a lot more work to do in impressing them.”