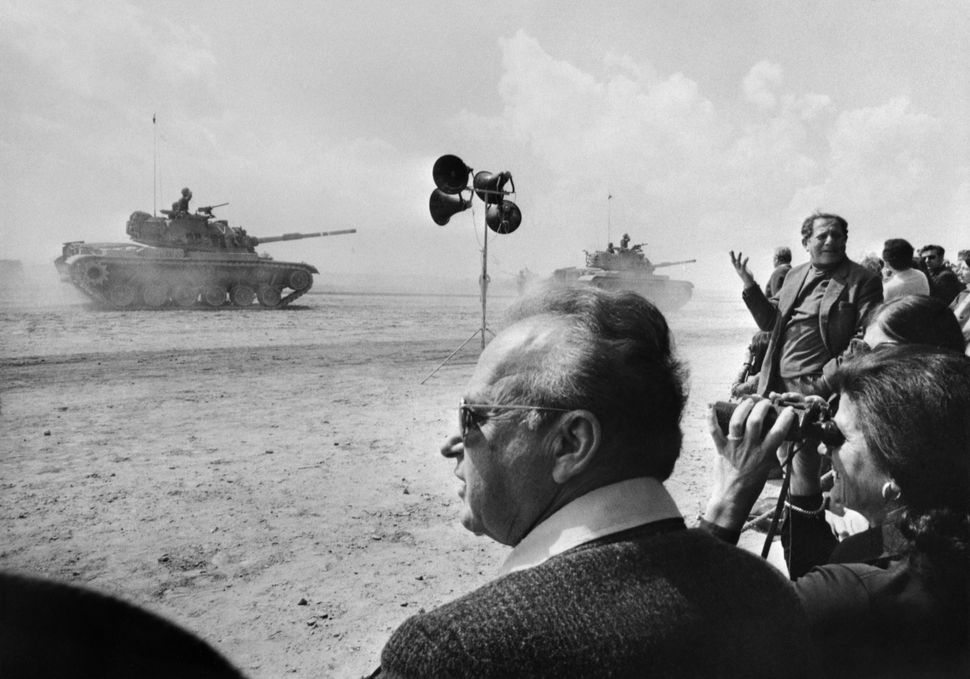 November 4, the day after Election Day, will mark the 25th anniversary of the murder of Yitzhak Rabin. It’s an important day to remember and ponder. Important, because of who this Israeli prime minister was in his day, what he stood for and what his murder wrought. Important, because historical memory fades so quickly into forgetfulness in our time. Important, too, because of the plain fact that Rabin was the second prime minister of the Jewish state to be assassinated by a Jewish extremist.

Yes, the second. The first, of course, was Gedaliah Ben Ahikam, the chief minister of ancient Judah. He had been appointed by King Nebuchadnezzar of Babylonia to govern what was left after the king was done destroying Jerusalem in 586 B.C.E. and exiling most of its inhabitants to Babylonia. He was murdered by a fellow-Jew four years later, in 582.

The parallels between the two assassinations deserve deep reflection, not least because of how they’re remembered. The anniversary of Gedaliah’s murder was declared shortly afterward a religious day of mourning, observed on the 3rd of Tishri, the day after Rosh Hashanah, as an obligatory dawn-to-dusk fast. The observant honor it to this day, 2,602 years later. Those who don’t still keep it in their homes, marked in plain magenta-and-white on that grocery-store Jewish calendar sitting in the silverware drawer.

And yet the anniversary of Rabin’s murder, just 25 years ago, isn’t any kind of unifying Jewish day of mourning and shows no signs of becoming so. Rather, it’s a day for recriminations and mudslinging. Many gather in official ceremonies in Israel and in communities around the world to remember Rabin as a brave soldier who was tragically struck down in a senseless act of violence. Others gather to remember why he was killed, by an ideological extremist intent on stopping Rabin’s Israeli-Palestinian peace effort. The first accuse the second of incitement against the right-wing faction that succeeded him. The second accuse the first of expunging Rabin’s true memory to hide their shame. The public is increasingly bored with it all. The ceremonies grow ever more desultory. This year Israel’s official remembrance on Mt. Herzl was simply called off.

The parallels between the two murdered leaders run deep. Gedaliah, like Rabin after him, was a pragmatist, willing to recognize reality and accept its limits while piloting a fragile vessel through a hostile sea. Like Rabin, his willingness to compromise with the foreign enemy earned him fierce enemies at home. He was murdered four years after the destruction by a disgruntled former army officer named Ishmael Ben Netanyahu.

No, I’m not making this up.

The killer is named in the biblical narrative itself, in Jeremiah 40:8 and again in 41:9. (You won’t find it in your English Bible, though. Every English translation, oldest to newest, drops the final U from his actual Hebrew name, just as they do to a roster of more familiar biblical names ending in -iah, including the prophets Jeremiahu, Isaiahu and Elijahu, not to mention Gedaliahu himself. Look it up.)

According to the text, Ben Netanyahu was a descendant of the royal house of David. He probably thought he should have gotten Gedaliah’s job. There was more to it: Gedaliah’s guards reported that Ishmael was working for the king of neighboring Ammon, today’s Amman, and apparently hoped to pick up some abandoned real estate. For Ishmael himself, though, putting a royal heir back on the throne must have looked like a first step toward restoring the ancient glory of David’s kingdom.

As always, history repeats itself. That same hope of restoring ancient glory is what inspired Yigal Amir to kill Yitzhak Rabin in 1995. Amir followed a stream of modern Judaism that views the restoration of David’s kingdom as imminent and urgent. It holds that Israel’s miraculous capture of biblical Judea and Samaria in 1967 proved the process of redemption is already in motion, that keeping and settling the captured territories will bring the day closer — and that surrendering control will bring down God’s wrath.

In retrospect, Ishmael can be seen as a sort of ancient composite of two characters in the modern drama. Rabin’s killer, Yigal Amir, is not of royal blood and had nothing personal to gain from the murder. However, there is another character in the Rabin-Amir story who might check those boxes on Ishmael Ben Netanyahu’s resume: a member of a small circle of Israeli leaders often described as “the princes,” offspring of a founding generation remembered fondly as a sort of modern-day Jewish nobility. He was nowhere near the scene when Amir shot Rabin that night and couldn’t have dreamed any such thing might happen. However, as leader of the opposition he campaigned against Rabin and compromise with a fury that, to his critics, created a deadly, combustible atmosphere. His harshest critics even claim, without real evidence, that his rhetoric culpably helped motivate the killer, much in the way Israel’s leaders now claim Mahmoud Abbas’s rhetoric inspires terrorists. Of course, that goes too far.

On the other hand, the modern prince stood, like his ancient namesake, to inherit the prime ministry should the seat fall open. Unlike his namesake, he got the job.

History records that Ishmael Ben Netanyahu’s plot totally backfired. He ended up a fugitive, not a king. The remaining Jews in Judah fled to asylum in Egypt, leaving the land desolate. Ishmael didn’t restore David’s kingdom but rather extinguished its last vestige.

Some Jews returned from Babylonia a half-century later to build a second Temple and put the Jewish state back on the map. But that state soon slid into a squalid, Borgia-like dynasty that lasted a few centuries until it too was crushed, this time by Rome. For the next 2,000 years Judaism would be defined not by the kings and armies of the Jewish state but by the ideas and behaviors of the Babylonian diaspora.

By contrast, Yigal Amir’s action hasn’t failed, not yet. He may not have restored the kingdom, but he kept the road open. The end result might be, as Amir hoped, the securing of a greater Jewish state, perhaps restored to its ancient glory. Or it might, as Rabin would have feared, contain the seeds of its doom.