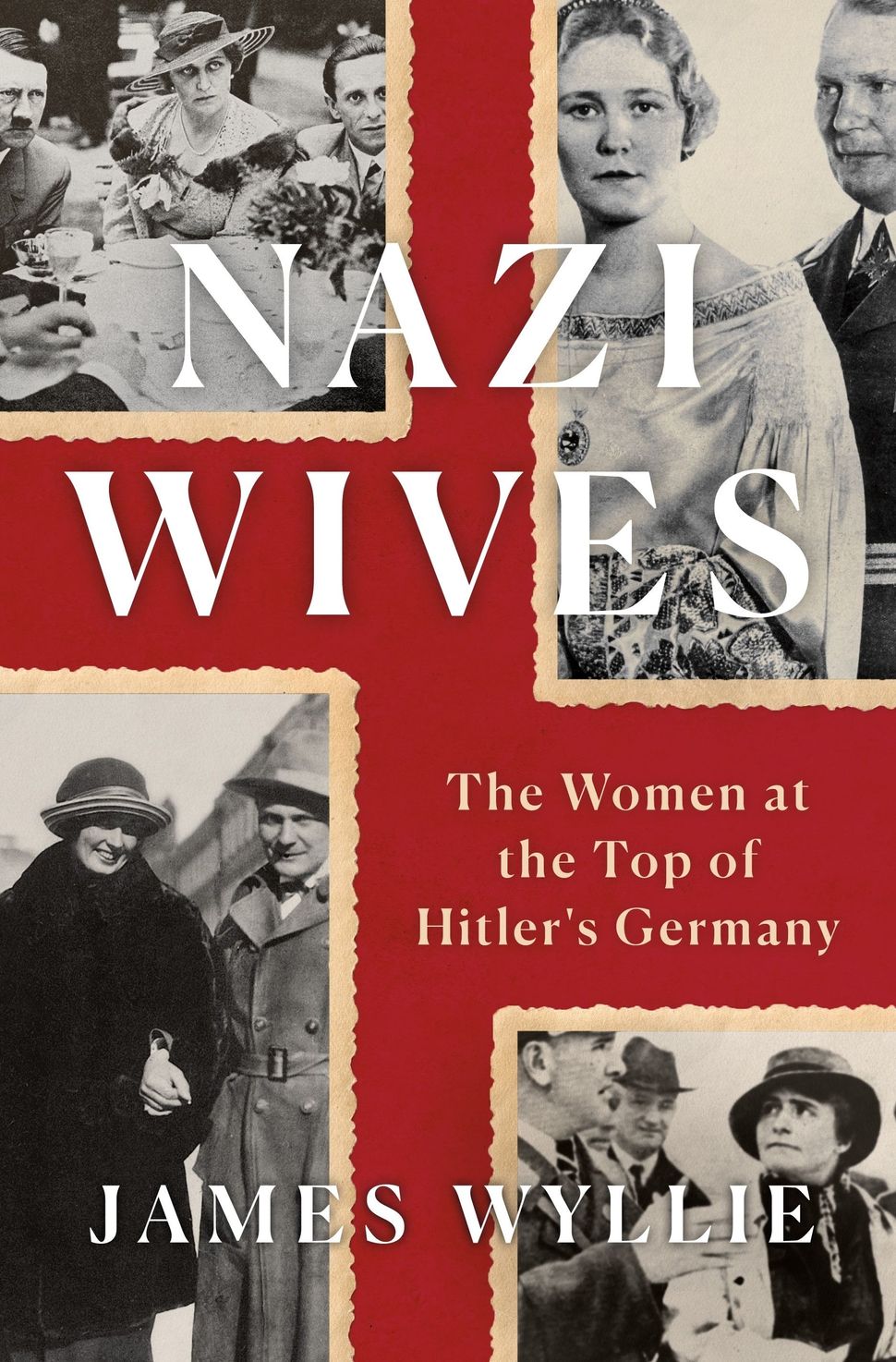 Nazi Wives: The Women at the Top of Hitler’s Germany

It is a cliché of Holocaust history to remark on the jarring contrast between the domestic lives of Nazi perpetrators and their murderous deeds. Reinhard Heydrich, one of the key architects of the Holocaust, was also a gifted violinist. Even Hitler is said to have loved children and dogs.

But some of the cognitive dissonance may fade on closer inspection. James Wyllie’s gossipy group biography, “Nazi Wives,” makes clear that Hitler’s top lieutenants were not, for the most part, model husbands. While pursuing genocide, men such as Heydrich, Nazi propagandist Josef Goebbels, SS chief Heinrich Himmler and Hitler’s private secretary Martin Bormann philandered prodigiously. Their wives – Lina, Magda, Margaret and Gerda, respectively – often countered with affairs of their own.

The commander in chief of the German Air Force, Hermann Goering, was an apparent exception. For all his corruption and complicity, he seems to have been capable of unstinting matrimonial devotion – especially to his first wife, Carin, a rabid Nazi, and, after her death, to Emmy, an actress who tried to save her Jewish friends. (Goering also remained close to his brother, Albert, part of the anti-Nazi resistance — a relationship chronicled in one of Wyllie’s previous books, “Goering and Goering.”)

As a group, these elite Nazi wives were the well-educated daughters of conservative middle-class families with rigidly defined gender roles. Their marriages were buttressed by a shared commitment to Nazi ideology. And they were surely aware of their husbands’ criminality, Wyllie writes, because “the evidence of their murderous work was all around,” in looted art, slave labor and “furniture made from human skin and bones.” After the war, several of the wives were incarcerated, and Lina Heydrich was convicted in absentia by a Czech court for crimes against humanity for her abusive treatment of Jewish slave laborers on her estate outside Prague. 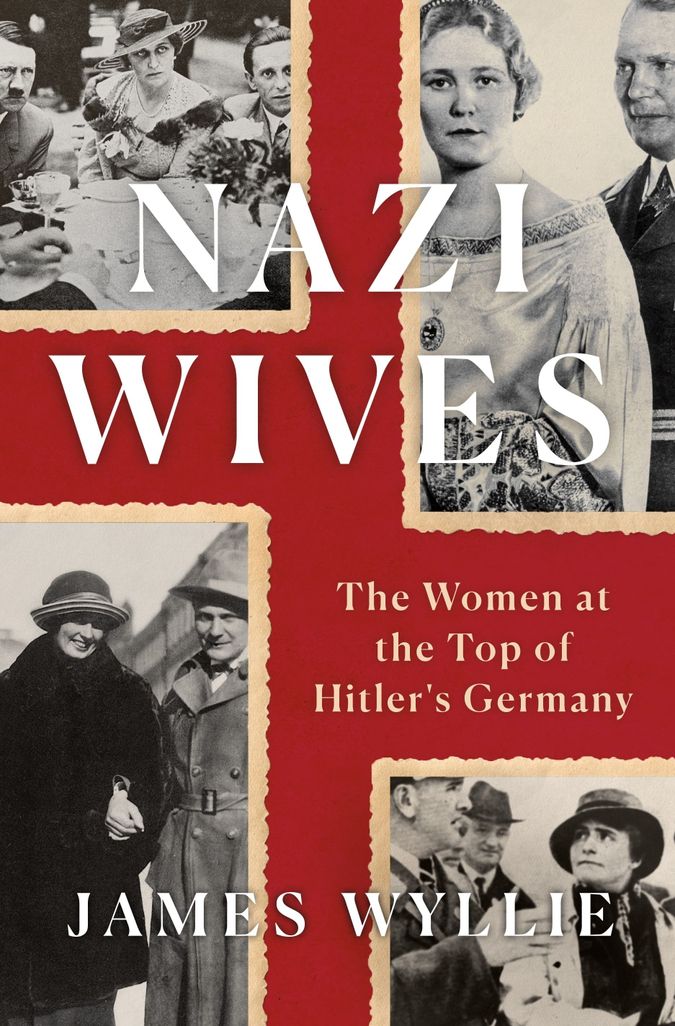 Hitler was enamored of Magda (and she of him) and reliant on her husband, who oversaw the regime’s propaganda and cultural apparatus. The trio formed the emotional equivalent of a ménage à trois. “Magda and Goebbels would get married so they could stay close to Hitler,” Wyllie writes, “and he could stay close to her.”

Meanwhile, Goebbels sexually harassed actresses, sexually assaulted the director Leni Riefenstahl, and pursued serial affairs that Magda tried her best to ignore. She, too, enjoyed what Wyllie calls “indiscretions.” The marriage frayed. But Hitler frowned on divorce, so the couple stayed together, fearful of losing his favor. They were with him in his Berlin bunker as the Third Reich crumbled. Magda famously acquiesced in the poisoning of their six children — though Wyllie speculates that the actual poison was administered by an SS doctor — before the couple committed suicide.

The daughter of an influential Nazi, Gerda Bormann was “more fanatical than her father” – and therefore a good match for her husband, Martin. They named their first son Adolf, after Hitler. An “ideal Nazi wife,” she had ten children, one of whom died shortly after birth. According to Wyllie, Martin Bormann “possessed a relentless and unrestrained libido that he made no effort to control,” and often treated Gerda brutally. At one point, Wyllie suggests, Gerda was “excited at the prospect of establishing a polygamous household” with Bormann’s actress lover. But the other woman bowed out of the arrangement.

A nurse eight years older than her husband, Margaret Himmler saw little of Himmler during the war. He deserted her for his genocidal duties and his 26-year-old secretary, with whom he had two children. But Wyllie complicates the picture by describing the steady stream of loving letters and gifts that the absent Himmler sent Margaret’s way.

Ilse and Rudolf Hess met as lodgers in a hostel on the outskirts of Munich. Hess’s hesitancy or hang-ups led to a purely platonic multiyear courtship. Both began working for Hitler, who nudged them into marriage. (Hitler as matchmaker? An unsettling thought.) In 1941, the enigmatic Hess undertook a bizarre wartime mission, flying solo to England to try to broker peace, and ended up in prison, claiming amnesia.

Wyllie touches, too, on Hitler’s tragic relationships with his half-niece, Geli, who Wyllie believes committed suicide (others speculate that she was murdered), and his eventual bride, Eva Braun, whom he hid for years from his adoring public. Wounded by his neglect, Braun made two suicide attempts, shocking Hitler into somewhat better treatment.

All this – recounted against the backdrop of the rise and fall of Nazism – is a lot to cover in fewer than 300 pages. “Nazi Wives” flirts with the perils of much group biography: a lack of depth and too many characters and narrative threads.

An award-winning screenwriter, Wyllie manages the transitions between stories relatively smoothly, and his narrative, replete with intimate details, rarely flags. But constrained by the form, the spotty documentary record or his own inclinations, he fails to draw fully rounded portraits of the wives themselves, whose sorry lives tend to blur into one another.

In any case, it is their rivalries, and marriages, and the sexual chicanery that dogged them that intrigue Wyllie most. Reading “Nazi Wives” is the literary equivalent of gawking at a multi-car pile-up – from the safe distance of eight decades.