If you’re an Iranian Jew with an Israeli husband, watching ‘Tehran’ can be complicated 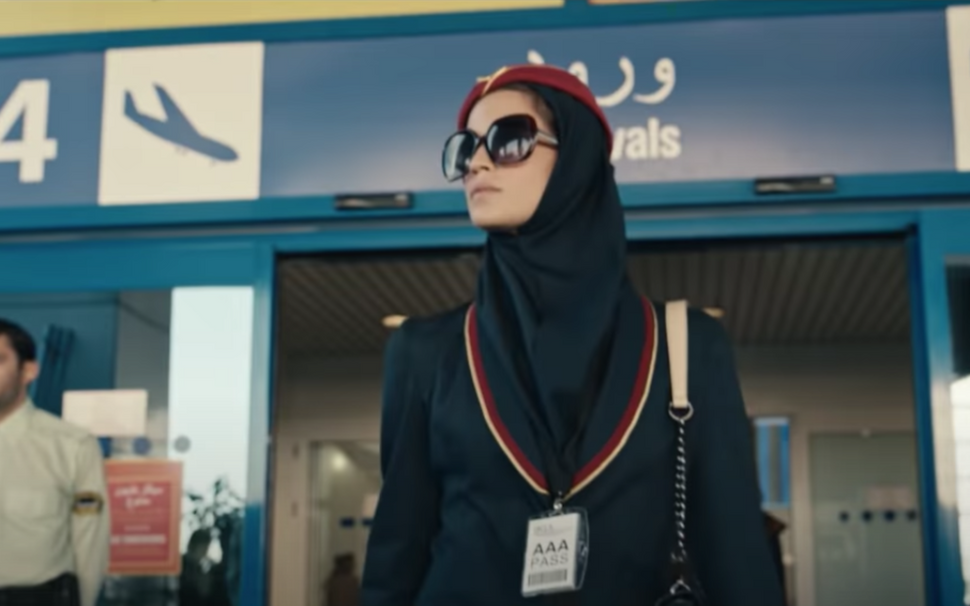 I don’t know what I was expecting from “Tehran,” the Israeli spy thriller about a Mossad intelligence agent sent to Iran to disable the army’s radar system so that the Israeli Air Force can bomb an Iranian nuclear plant. But, because of my strong connection to both countries, I’d been anticipating the release of this show for months.

My father is from Iran and I spent my first year of life living in Tehran during the lead-up to the Iranian revolution. My entire extended family on my father’s side still lives there and I have gone back several times to visit them. In 2006-2007, I lived and studied in Tehran.

My mother, on the other hand, is Jewish-American and Persian-Jewish on her father’s side. I have extended family in Israel and I’ve gone there several times too (though don’t tell that to the Iranian authorities). If that connection isn’t strong enough, my husband is Israeli and his immediate family lives there. Throughout the series, the complexity of identity and the potential dissonance between defining oneself individually and as a member of a group, was at the forefront of my mind.

My initial reaction to “Tehran” was anger and dismay at the way the show’s creators, who include “Fauda” screenwriter portrayed Iranian people as barbarians. In the first episode, the Iranian agent questioning two Israeli tourists from a plane that had to make an emergency landing in Tehran, hits the woman tourist. In a later episode, an officer hits the show’s protagonist, Tamar Rabinyan. The brutality doesn’t stop there. Tamar becomes a victim of street sexual harassment and attempted rape, and witnesses a public hanging.

While such incidents certainly happen in Iran, having so many of them take place during the the protagonist’s first days in Iran is off-putting, suggesting that one cannot exist in Iran without confronting such scenes on a daily basis. In my experience, I found Iranian men to be kind and gentle — very much family men. If anything, they were paternalistic and protective, asking me if I needed them to call me a taxi if I was walking alone at night. At first, watching “Tehran” reminded me of the movie “Not Without My Daughter,” in which an Iranian husband and father becomes abusive the moment he sets foot on his native soil.

Midway through the first season of “Tehran,” though, I realized that the show’s director Daniel Syrkin was trying to make a distinction between ordinary citizens and those aligned with the Iranian regime. As the series progresses, we see more evidence of the human side of Iranians. In one instance, Tamar befriends and later becomes romantically involved with a dissident who behaves like a perfect gentlemen, sleeping on the floor and letting her have the bed when she stays over. At this point of the series, my husband turned to me and said, “I’m starting to think that Iranians are people too.” I found their romantic involvement extremely satisfying, not just because everyone likes a good romantic scene, but because it matched my everyday reality and that of my parents’ Jewish-Muslim intermarriage.

I found the portrayal of other elements of Iranian society to be accurate too: the rave party scene; the prevalence of plastic surgery; the bribery of corrupt officials; the domestic violence and honor killings. Iran does, in fact, have a very extensive underground rave party scene, with drugs flowing in from Afghanistan and alcohol flowing in from Kurdish Iraq. Even your average Iranian family, if not religious, has an extensive home bar or Prohibition-style wine-making operation at home. When I was in Iran in 2006, I was amazed at how the Iranian Revolution created a dichotomy in society, appearing one way on the surface and another beneath the surface. I was fascinated by the way women navigated restrictions on dress. They would appear on the street completely covered up and strip down to the most revealing outfits at a house party or rave. Using bandages to disguise the protagonist was an extremely clever touch, given how commonplace nose jobs are in Iran.

The show also does a good job with the topic of bribery. Iranian officials are notoriously corrupt and ordinary citizens can often buy their way out of trouble, perhaps because officials don’t always believe in the conservative rules they must implement and therefore find it acceptable to profit from the burdensome moral standards imposed on a diverse society. I was reminded of a party I once attended in Tehran. At the door, there was a jar for money, which I mistakenly thought was for booze as one might expect at a college party in the States. But it turned out to be bribe money to pay off the local police so they wouldn’t shut down the party.

Finally, although “Tehran” doesn’t focus too intently on domestic violence and honor killings, addressing this topic showed how Tamar would need to seek help from ordinary Iranians. It’s not that violence against women is any more prevalent in Iran, but the country lacks the infrastructure and resources for women to leave an abusive household and the idea of women living on their own is not widely accepted.

Perhaps most important, the show’s creators perfectly capture the complex feelings that many people living in the Iranian diaspora have about their country of origin. Though Tamar was born in Iran and has Persian roots, she is Jewish and was raised as in Israel — a country that views her family as coming from an enemy state. A trained Mossad agent, she is selected to infiltrate Iran because of her ethnic and cultural heritage, but she can succeed in her mission only if she is able to put her collective identity as a Jew and Israeli above any part of her individual identity that includes her Persian heritage. Many would consider this mission too risky because at any point, the collective and individual identity might become misaligned. In Egypt, those with Jewish heritage are exempt from military service because it is assumed they might have sympathy for Israel, and Israeli Arabs are exempt from military service because of their perceived sympathetic views toward the Palestinian people.

Indeed, at every turn, Tamar’s collective identity as an Israeli is challenged by the part of her individual identity that has been shaped by her Persian roots and shared history and culture with the people of Iran. As the show progress, she reconnects with her estranged family back in Iran, gets entangled in a romance with an Iranian dissident, and discovers that a complex nation does not fit neatly into a box. It’s almost as collective ancestral identity has laid dormant within her and she is gradually coming to understand the nuances of the homeland she and her parents left behind. It’s this tension that drives the plot forward, keeping viewers watching to see whether Tamar will sacrifice her individual identity, which includes her Persian roots, for her collective Israeli one.

As an Iranian-American, I often feel this tension. Since the 1979 revolution, the United States has branded Iran as a terrorist state, part of the axis of evil. I am frequently exposed to negative accounts of Iran from the media and politicians, and I often feel pressured to assimilate and blend in. Even though I cherish the freedom I have here, I simply cannot see Iran as “Them”, particularly after experiencing its beautiful traditions and the warmth of its people.

Ultimately, the series taps into these complex feelings to dispel any notion of “Us vs Them” when it comes to Israel and Iran. Historically friends, the two countries have spent the last 40 years building hostilities against one another; at times, they have been on the brink of war. My hope is that people watching “Tehran” in both Tehran and Tel Aviv, can put their collective identities aside, and connect with the other side.

If you’re an Iranian Jew with an Israeli husband, watching ‘Tehran’ can be complicated