Can eyewitness footage from the West Bank change minds about the occupation? Not hers 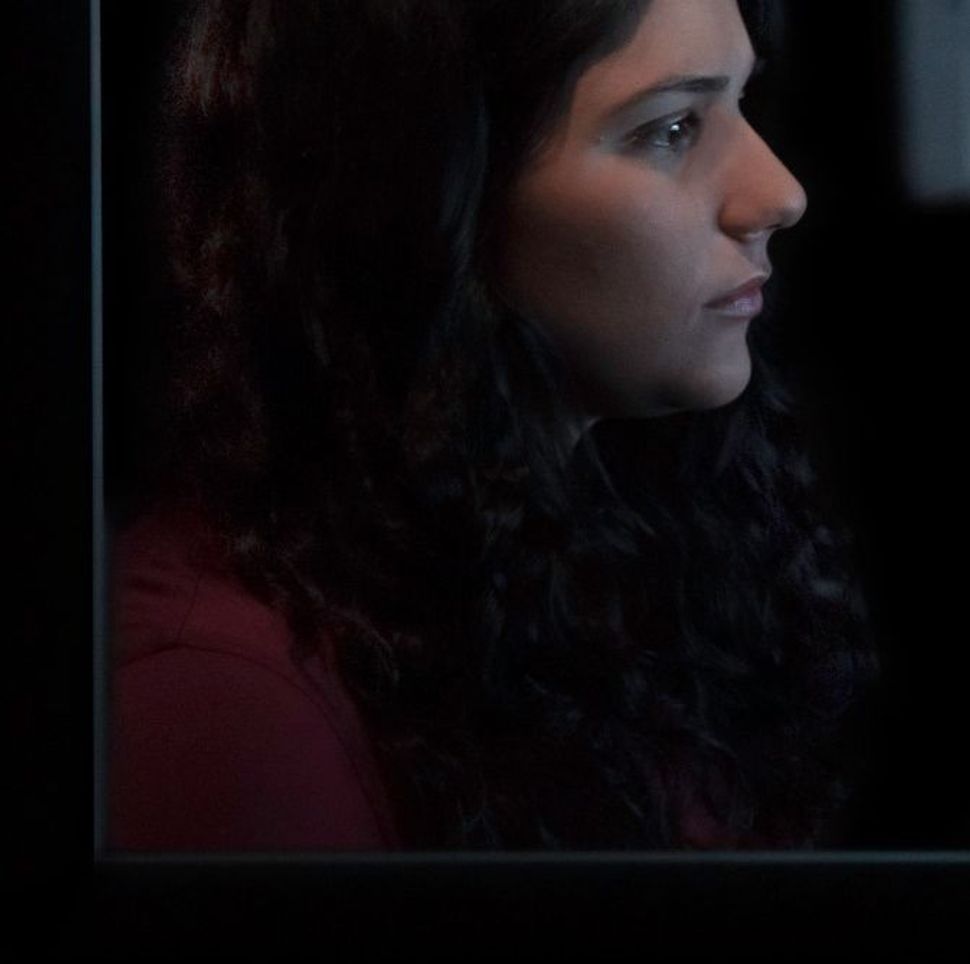 Maia Levy in ‘The Viewing Booth,’ directed by Ra’anan Alexandrowicz Image by Courtesy of Atzmor Productions

The camera phone made everyone a documentarian. For the disenfranchised, this transformation was born of urgency. Armed with nothing more than a basic smartphone, people all over the world now have the means to command their own narratives of oppression — their own lived experience — and share them directly with millions.

Recently, in America, we’ve seen people of color capturing their encounters with police on their devices. A short video posted to Twitter or Facebook preserves the facts and acts as an insurance policy should the interaction, as it all too often does, turn deadly. And yet, if you look at the comments, there are always doubters who question the motives of the person filming. They may claim that hate crimes are staged. They will, almost always, state that footage is incomplete — that we don’t know what happened before the camera started rolling. Surely there’s more to the story, some provocation or editing trick that makes what we’re seeing look worse than it really was. It may be an authentic recording, but is it the truth?

In “The Viewing Booth,” Ra’anan Alexandrowicz’s new documentary, airing as part of DOC NYC’s virtual festival, the filmmaker comes face to face with such a skeptic.

For the film, Alexandrowicz showed a group of seven American college students online videos, taken with cell phones, of interactions between Jewish settlers and soldiers with Palestinians from his native Israel, and recorded their in-the-moment responses. Androwicz picked 20 of the films from humanitarian groups like B’Tselem, an Israeli organization that documents human rights abuses in the occupied territories. The other 20 came from right-wing, pro-Israel sources. His goal was to see if others viewed the images differently than he did, why that might be and what it may mean for his work and the world’s perception of the occupation.

“I explained to them that this is not an experiment of any kind,” Alexandrowicz says toward the beginning of the film. In fact, the film becomes a queasy case study.

Only one of the students — Maia Levy, whose parents are both Israeli, and who is herself pro-Israel — had her responses make the final cut. The film, in which Levy is shown tucked in a small, glass-paneled viewing booth, is about her reactions alone. The reason for this choice is that only Levy challenged Alexandrowicz with her profoundly different readings of the footage he shows her. Her comments are jarring, callous, selective in their observations and rife with awkward justifications. She continually claims that the footage of Israeli soldiers and settlers demeaning or striking Palestinians is deceptive. Interestingly “The Viewing Booth” itself has symptoms of spin.

By only highlighting Levy, the film frames her ideology as uniquely at odds with that of the filmmaker. It can often feel more like an exercise in shaming Levy than in engaging earnestly with her perspective.

Watching documentary footage of an IDF nighttime raid on an Arab home in Hebron, Levy says that the mother in the video, who begs armed, masked soldiers to let her children sleep, seems like “she’s lying” and that the scenario feels staged. When the camera keeps rolling after the soldiers leave, she wonders why the parents wouldn’t stop filming and put their kids to bed. She doesn’t mention the guns or the masks or the fact that several children share a small room, an indication of the extreme poverty of Arabs in the West Bank. Instead, she suggests that there must be a reason the soldiers were there — perhaps a bomb. The footage is manipulative, she says, and notes what she views as inconsistencies.

Alexandrowicz, who has made films about humanitarian crises in the West Bank, including “The Law in These Parts,” a legal exploration of the occupation, admits in “The Viewing Booth” that Levy caught his attention precisely because she fails to see the same things he does.

“You are the viewer that I’ve been making these films for,” Alexandrowicz tells Levy. By that, he means that hers is a mind he’d like to change. But whether this film has the power to shift the beliefs of people like Levy is unlikely in that its approach relies on a tacit judgment of them. If they see themselves in Levy, they may emerge more defensive than they were before, just as she does.

The film’s noble project — to reach a better understanding of the way a person receives film and images from a contentious world conflict — becomes naïve when it’s hijacked by Levy’s intransigence and Alexandrowicz’s own baffled reckoning with the fact that she can’t be swayed. But it’s also in this preoccupation, where her analysis serves as a foil to the director’s, where the film becomes mean-spirited, picking on one young woman because of her contrary beliefs.

However much the film strives to grapple with Levy’s responses, it remains astounded that someone could think like her. In the end, the process only confirms her deepest convictions about Israel. In one stroke, “The Viewing Booth” also makes a more abstract case for Levy’s argument about the clips and their “slant” — a metacommentary on cinema itself.

Film is only what the filmmaker shows and what a viewer takes away from it. It’s never free from a point of view.

Can eyewitness footage from the West Bank change minds about the occupation? Not hers