To cope with quarantine, seniors are crafting COVID-era memoirs

After waking up at 4:30 a.m., she sips a cup of tea and waits for inspiration to strike. It’s never long before she thinks of something: a moment, a scene or a date, usually from her childhood during the Great Depression. When the memory comes, Brown sits down before a vintage clothing press in her living room. Her father, a tailor, once used it to make his living; now, it’s her desk. She takes out a fresh sheet of lined paper and sharpens her pencil. And she writes.

Since the start of the coronavirus pandemic in March, Brown, 91, has been quarantining alone in her Toronto apartment, deprived of face-to-face contact even with her daughter, Pearl, who runs her errands and delivers her groceries. For a retiree whose normal routine involves frequent lunches with friends and trips to the symphony, it’s been a difficult shift. To cope with the prolonged isolation, Brown has been recording her early memories in a series of short memoirs. Her vignettes conjure up her father’s grueling life as a garment worker, the Yiddish-speaking street vendors her parents patronized and the family’s preparations for Rosh Hashanah. Even her parents’ lodger, a glamorous salesgirl and “kept woman” whom Brown idolized, makes an appearance.

“I can still visualize Miss Kane standing by the kitchen window getting ready for work,” Brown wrote. “Looking in her round mirror that hung on the wall, she held a curling iron that she preheated on the open flame of her gas range. With her cigarette dangling from her mouth, she went about expertly creating her hairdo.”

If she hadn’t started writing, Brown said, “I think I would have gone mad.” 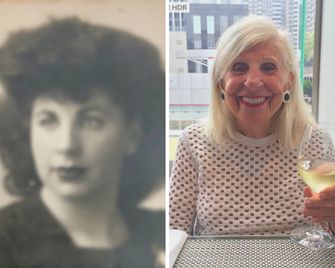 Lil Brown as an “office girl,” left, and on a pre-pandemic outing, right. Image by Pearl Richman

She’s not alone. Stuck at home and waiting out a pandemic to which they are especially vulnerable, many seniors are writing personal memoirs or family histories. Writers approach their projects for a variety of reasons: to revive memories of happier days, to record family stories for posterity, to grapple with the existential nature of the coronavirus crisis. Whatever their motivations, they agree about one important thing: It helps to pass the time.

“I didn’t feel like I was just sitting in a room in my house,” said Vivian Rothstein, 74, who has researched and written a family history while isolating at home. “I felt like I was kinda traveling.”

Among the elderly, personal writing was popular long before the pandemic, said Julia Zeuner, the director of the Himan Brown Senior Program at the 92nd Street Y, which offers several memoir classes each year. For seniors, recounting a life story is an opportunity to make peace with the past. For the writer’s descendents, memoirs can serve as important records of family history.

“People have historically written because they want to leave a legacy for the next generation,” Zeuner said. “Some people have unfinished business, or things in their life that the writing is helping them process.”

There’s nothing like a global pandemic to bring those concerns to the fore. Anat Shmulovich, 68, a retired pianist, had been chipping away at a memoir since 2014. But the uncertainty of the pandemic made her “rush to finish it,” she said.

“Who knows what can happen?” she said. “I didn’t want my family experiences to be lost to the ages.”

Clocking in at 63,870 words, Shmulovich’s recently-completed memoir, “Where the Night Train Ends,” chronicles her childhood in the USSR, where her parents experienced antisemitic persecution, and her family’s eventual migration to Israel and the United States. For her, it’s a project of personal and public significance. Regretting that her mother never “told me about her sacrifices,” she hopes to leave her own children with a stronger understanding of their family’s origins. She was also motivated by a desire to document the lost world of Soviet Jewry, which fewer and fewer people are alive to remember.

“Memoir writing is one way we can capture these stories, these personal narratives, and show the small links in the chain that they represent together,” she said. 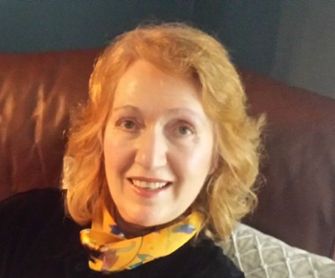 For some, writing can be a way to grapple with a sense of powerlessness during a time of rising political tension. Rothstein, a former labor activist based in Los Angeles, has spent much of her retirement volunteering with immigrant rights groups. The pandemic has curtailed much of that work: Because of the risk of transmission, she hasn’t been able to meet with detained migrants or attend demonstrations aside from the occasional car caravan.

Stuck at home, she researched the life of her aunt, physicist Henny Cohn, who sabotaged Nazi manufacturing operations while imprisoned in the concentration camp Vught and provided fellow inmates with mechanical training that helped save their lives. Writing the history, Rothstein said, has helped her meditate on different modes of “resistance” at a time when the activism to which she’s accustomed is off limits. Her aunt’s response to Nazi oppression, she wrote in the history’s introductory paragraph, “is an inspiration and a lesson for our time.”

“It became very important to me,” she said. “Not just because I wanted to tell the story, but [because] it allowed me to focus on something else and do something that had a larger purpose.” 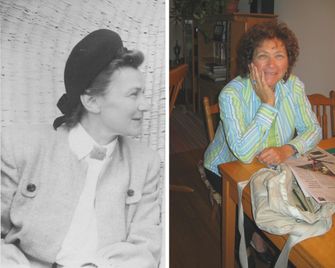 Since the start of the pandemic, 92Y has seen a “definite uptick” of interest in memoir classes, Zeuner said. Currently offered online, classes that once accommodated 12 students now include as many as 25. In some cases, participation has become more enthusiastic as well, with students taking time outside of class to read their classmates’ work and provide detailed feedback.

Of course, this is hardly the only leisure activity that has become more popular during the pandemic. In the past several months; many leisure activities, from bread-baking to flower-pressing, have seen revivals. At 92Y, interest has spiked in a broad variety of classes. What makes memoir-writing unique, Zeuner noted, is that it can function as a kind of “narrative therapy,” counteracting the emotional effects of prolonged quarantine. “People are processing the pandemic and the isolation, and even if it’s not coming out directly, there’s sort of that underlying feeling of it in [their] writing,” she said.

Even those who aren’t participating in a structured class can see social benefits from these projects. Brown’s daughter and granddaughter email each of her completed vignettes to friends, who sometimes pass them along to others. Occasionally, she gets fan mail from complete strangers. Shmulovich’s rabbi enlisted her to read a chapter of her memoir to fellow congregants over Zoom. The online event turned out to be the synagogue’s most popular besides High Holiday services.

But while the project has helped her through the long days at home, Shmulovich said that she’s writing with an eye to what comes next. The pandemic, Shmulovich said, is “a time for older people to disentangle from everyday hustle and bustle and record their stories.” When her descendents ask “where they are from, and how did they get to where they are now,” she plans to have answers for them.

To cope with quarantine, seniors are crafting COVID-era memoirs