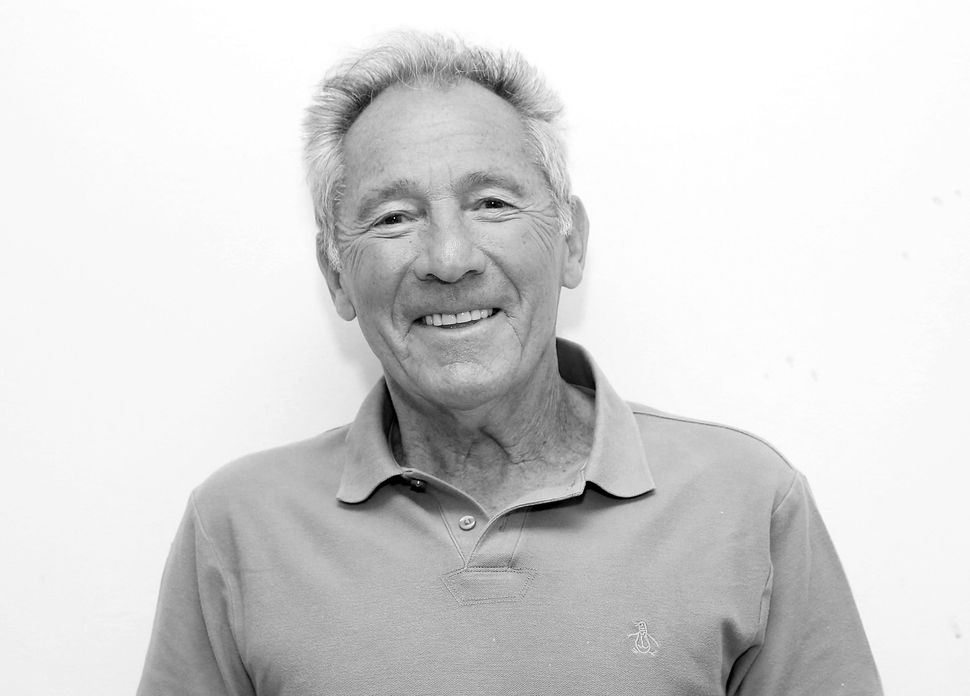 The playwright Israel Horovitz, who died on Nov. 9 at age 81, proved that creating works redolent with Jewish history and identity can be a matter of adaptation.

As Horovitz told The New York Times in March 1986, he grew up in a Massachusetts town with a tiny Jewish population, and felt himself ill-equipped to write about Jewish experience in the tradition of Isaac Bashevis Singer, or Philip Roth.

Born Israel Arthur Horovitz, he was known as Artie to his family, but reclaimed his first name when he began to sign plays and other literary works. Direct discussion of Yiddishkeit in his work would wait until he encountered the works of Morley Torgov, a Canadian Jewish novelist. Horovitz adapted his short story collection “A Good Place To Come From” for a CBC TV miniseries in 1980, and later as stage plays.

Torgov’s tales were about preserving Jewish identity in an even more daunting setting than Horovitz had experienced. Torgov’s hometown was Sault Ste. Marie in Ontario, Canada, where a small, but resilient Jewish population, lived.

Horovitz felt that Torgov was a kindred spirit, much as he did with another adaptation project, a screenplay fictionalizing the life of the Hungarian Jewish Olympian fencer Attila Petschauer. Reportedly arrested by the Nazis during the Second World War, Petschauer was murdered in a Soviet prisoner of war camp.

“Sunshine” recounted the lives of five generations of a Hungarian Jewish family, whose name was originally Sonnenschein (sunshine), but was later changed to Sors (or fate in Hungarian.)

While it was possible for Horovitz to tell the stories of Canadian and Hungarian Jews, a more difficult challenge was posed by American Jews in his earlier screenplay for the 1970 movie “The Strawberry Statement.”

Horovitz adapted a nonfiction book by the American Jewish writer James Simon Kunen, about his experiences at Columbia University in the 1960s as a student protester.

By the time the narrative reached the screen, MGM studios had switched the protagonist from a New York Jew to a California Protestant named Simon James, purportedly to interest wider audiences.

Most viewers, including Horovitz himself, found the result disappointingly edulcorated and deprived of realism.

Plausibility would be an issue in Horovitz’s own original plays, despite verbal energy and lengthy monologues that attracted a series of talented actors.

His 1998 play “Lebensraum” was based on the improbable notion that a German Chancellor might, as an act of redemption, invite 6 million Jews worldwide to move to Germany with a guarantee of citizenship and employment.

In another unlikely scenario, Horovitz’s 1968 short play “Morning,” staged on Broadway, was about an African-American family who discover a pill that can turn them white. The comedian and actor Robert Klein was featured in the play.

Among other actors who started on the road to stardom in Horovitz’s works was Richard Dreyfuss, in “Line” (1970) first presented at the Theater De Lys in Greenwich Village. An abstract, absurdist construction about people queuing up for an unnamed event, “Line” ran for decades off-Broadway.

Dreyfuss’ character is described by the playwright as a “young handsome man who looks like James Dean.” Actors were clearly drawn to such roles, and Horovitz’s first notable stage success was “The Indian Wants the Bronx.” (1968) in which the young Al Pacino played the role of a violent thug who attacks a South Asian tourist.

Horovitz’s career was oddly intertwined with the actor James Dean. He wrote the screenplay for a 2001 TV movie of Dean’s life starring James Franco.

And a gushing 2011 profile of Horovitz in “Le Figaro” likened the physical appearance of Horovitz, then 72, to the “eternal adolescence” of James Dean’s character in the movie “Rebel Without a Cause.”

This flummery, claiming that Horovitz looked “like a young man,” is habitual in French journalism, where septuagenarian male writers are frequently described as resembling adolescents by starry-eyed reporters.

Yet there is also an expression of a certain narcissism here, intertwined with Horovitz’s acceptance in the French theater scene, where he is reportedly the most frequently performed contemporary American playwright. In France, Horovitz apparently enjoys a theatrical status akin to that of Woody Allen among Gallic film audiences.

Horovitz even published a memoir, “A New Yorker in Paris,” that was translated into French for its only edition.

Eventually, this master of adaptation was affected by a scandal wherein several women denounced him for having adapted his role as theatrical mentor or employer to something more sinister.

In November 2017, The New York Times published an article stating that nine women claimed that Horovitz had sexually assaulted or harassed them between 1986 and 2016. Some of the women were under the age of legal consent at the time.

Horovitz’s son Adam, celebrated as a member of the hip-hop group Beastie Boys, was quoted as stating: “I believe the allegations against my father are true, and I stand behind the women that made them.”

In addition to being traumatized, some of the women involved expressed surprise that the elder Horovitz had suddenly shifted from a stance of genuine mentorship — among other young playwrights whom he taught was Wendy Wasserstein — to an assailant.

A particularly telling recollection was from a French lawyer, Frédérique Giffard, who explained how as a 16-year-old au pair at the Horovitz home in Massachusetts, she was assaulted by the 52-year-old playwright.

When she fled back to France after a few days, her parents were sent a bill by Horovitz for the fee required to change her return flight. Later, Horovitz used her family name for a character in one of his plays.

This pattern of behavior continued until in 2016, when at age 77, he harassed a 21-year-old actress, Maia Ermansons. Giffard noted that this continued misconduct was particularly disheartening because “Horovitz carefully constructed a good guy image, denouncing in his plays egocentrism and injustice, while acting in exactly the opposite way in his private life. For those who care about artistic sincerity, it will be more difficult to listen to the life advice and plays of such a hypocrite.”

While some American theaters promptly canceled planned productions of Horovitz plays in his last years, they continue to be staged in France and elsewhere in the world where the #MeToo movement has had less impact.

Jewish audiences and readers will evaluate for themselves the effect of these revelations on their estimation of Horovitz’s prolific creativity over a long career. His avowals of difficulty in plausibly expressing Jewish experience, except in adaptations of the works of others, may possibly reflect an incapacity to integrate Jewish ethics in everyday dealings with others.