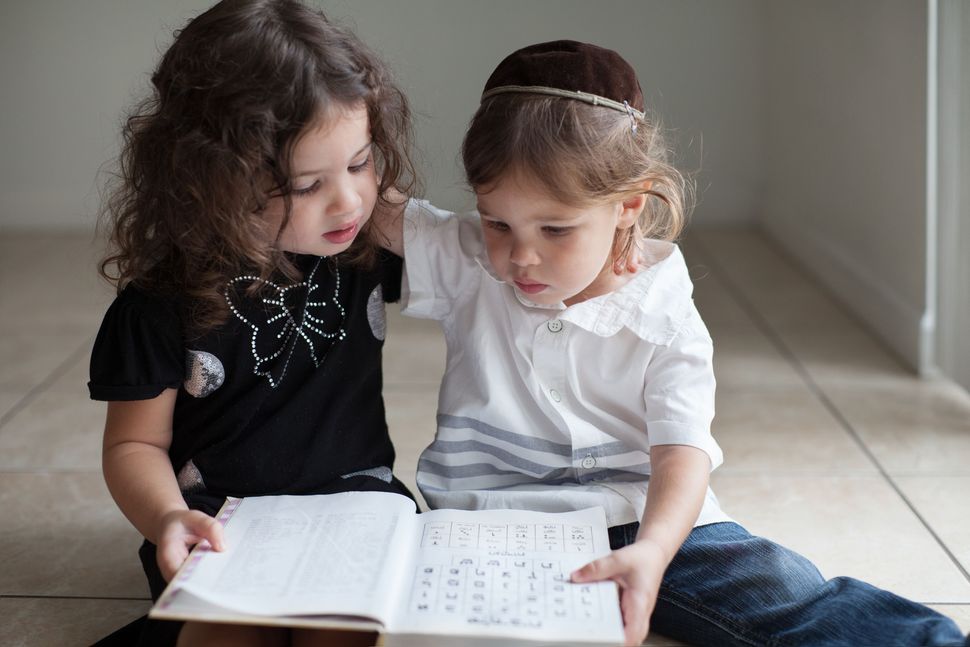 Many months on the calendar honor various groups of Americans. November is American Indian Heritage Month, Hispanic Heritage Month runs from Sept. 15 to Oct. 15. February is Black History Month. There’s Irish-American Heritage Month in March, and May celebrates the heritage of both Asian Pacific Americans and Jewish Americans.

Less common are ethnic literary celebrations. Certainly, there are reading lists for these celebrations. The National Council of Teachers of English has set up an annual National African-American Read-In to accompany Black History Month each February. But a month devoted purely to ethnic books, not connected to a history or heritage commemoration? In that way, Jewish Book Month seems to be unique.

Jewish Book Month is celebrated during the 30 days leading up to Hanukkah each year, roughly around the month of November. During this time, there are author events, reading lists, and Jewish book fairs held at synagogues, community centers and libraries. It’s a time to celebrate the thriving culture and literature of Judaism, and to do a little holiday shopping.

Heritage and history months are designated by the U.S. government, but Jewish Book Month’s origins, fittingly, are tied to a library. In the early 20th century, Jewish librarian and social activist Fanny Goldstein worked at the Boston Public Library. According to the American Jewish Archives at HUC-JIR, where Goldstein’s papers are housed, “As an immigrant, Goldstein worked in branch libraries with large immigrant audiences by choice. She felt that understanding ethnicity of oneself and one’s neighbors was critical to acculturating to America.” She held joint Hanukkah and Christmas parties, started a club for girls to learn about each others’ backgrounds, and created Negro History Week, Catholic Book Week, and Jewish Book Week displays at the library. When Goldstein repeated her Jewish Book Week display in 1926, the Boston Jewish Advocate commented that the Jewish community “owes Miss Goldstein a genuine debt of gratitude not only for the splendid exhibition at her library but also for her tireless efforts in compiling a list of several hundred books.”

Rabbi Felix S. Mendelssohn of Chicago was enthusiastic about Goldstein’s idea, and in 1927 he sent a letter to the editor of the Jewish Daily Bulletin, suggesting “It seems to me that the week following Lag B’Omer, which is known as ‘Scholars’ Festival,’ would be a very fitting occasion for Jewish Book Week.” Rabbis across the nation embraced the springtime celebration. They saw it as a way to “reawaken race-consciousness and bring about familiarity with the history and the civilization of a people.” In 1940, Jewish Book Week was moved to its current pre-Hanukkah time slot to encourage people to give books as holiday gifts.

Jewish Book Week became so popular that more time was needed for all the celebratory activities. Perhaps there was also a feeling of urgency about supporting Jewish culture in the face of the Nazi onslaught. In 1943, Jewish Book Week was expanded to an entire month, and the Jewish Book Council was created to sponsor the annual event. Today, the Jewish Book Council works year-round to celebrate Jewish literature with prizes, book clubs, reviews, reading lists and author events. Other organizations that promote Jewish books every day of the year include the Association of Jewish Libraries (est. 1966), the Yiddish Book Center (est. 1980), and PJ Library (est. 2005).

The Jewish literary scene in North America has grown a great deal since Fanny Goldstein’s time. Jewish Book Month gives us the opportunity to appreciate that growth, to feel pride in our cultural heritage, and to share our wonderful books with the whole wide world.