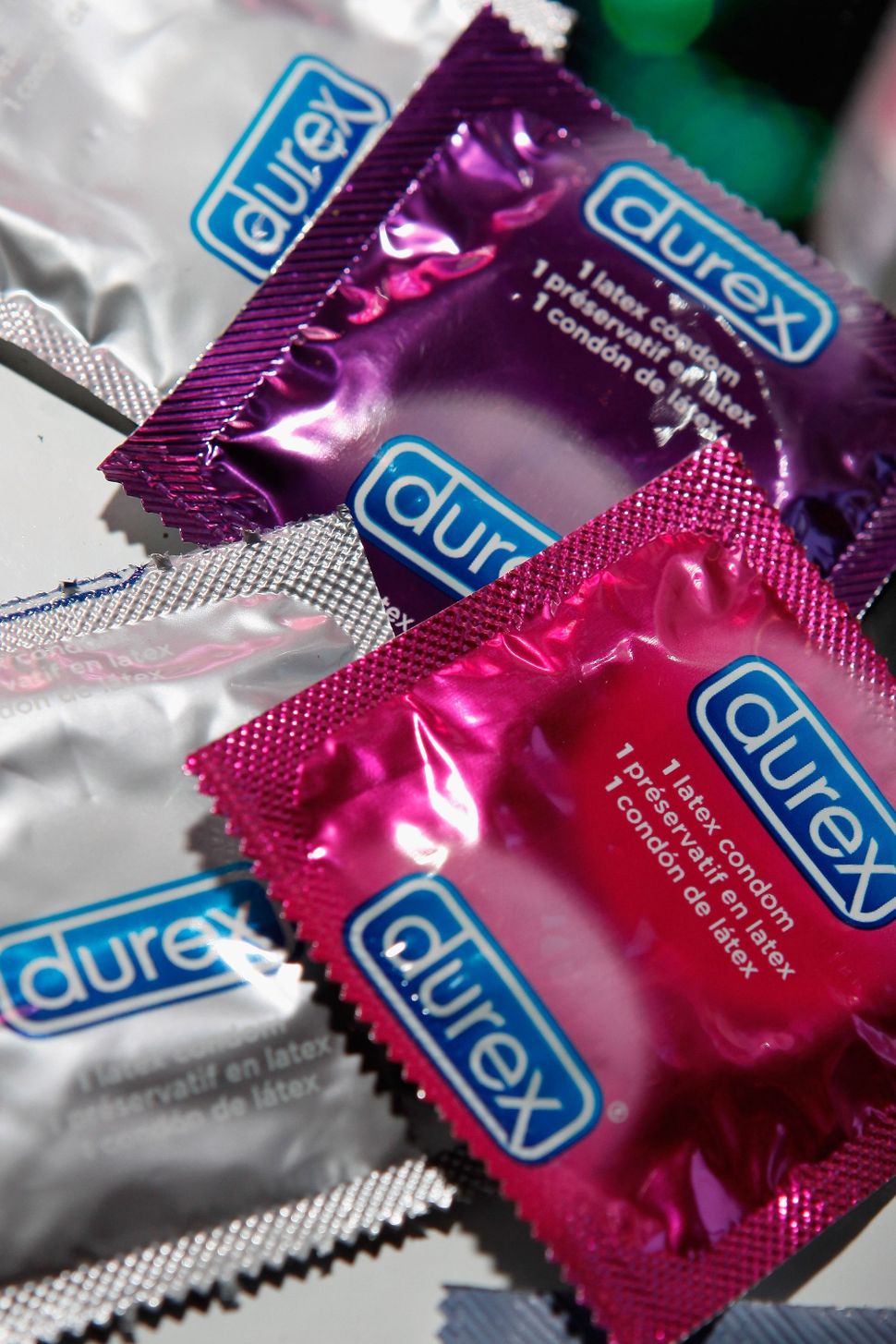 If you have bought or used a condom in the United States or Britain, you most likely have a Jewish person to thank. While Jews didn’t invent them – penis sheaths have a long history stretching back to ancient times – Jews certainly played a huge role in the development of the modern rubber prophylactic. Indeed, if it wasn’t for a British Jew, we wouldn’t have the ubiquitous – in the UK at least – brand of Durex. Its figurehead was named Lionel Alfred Jackson who, while he didn’t innovate the modern latex condom, was the business brain behind its success.

This is the story of Jessica Borge’s new book, “Protective Practices: A History of the London Rubber Company and the Condom Business.” In this book, Borge traces the rise of the secretive London Rubber Company from its humble origins as a small tobacconist and hairdresser shop to the largest producer and exporter of disposable rubber condoms in the postwar era.

We can date the modern condom to 1883, when a poor German-Jewish immigrant named Julius Schmid (he had changed his name from Schmidt) bought a sausage casing factory in New York. From these humble origins, the modern condom emerged when Schmid began fabricating them from those very same sausage casings. Regardless of halacha’s position on birth control, these condoms were literally treyf..

Despite his Hebrew origins, or perhaps in an attempt to hide them, Schmid marketed his products using Middle Eastern and north African names, namely Ramses and Sheik. Schmid held a monopoly on the American condom market until 1916 when Trojans (as I write this, I can see what a genius name this really is) began to appear. Meanwhile, on the continent, another German Jew, Julius Fromm, started producing industrial-scale dipped condoms in 1914, launching the Fromm’s Act Brand in Berlin in 1916.

One year earlier, in 1915, Lionel Alfred Jackson had founded the London Rubber Company, a wholesaler of rubber goods. He imported condoms from Germany and the United States which he then sold in his father Daniel Jacoby’s hairdresser and tobacconist shop, forever cementing the link between the barber and the phrase, “Something for the weekend, sir?” As Borge writes, “If London Rubber was a religion, then Lionel Alfred Jackson was its god, and his brother, Maurice Elkan, was a devoted disciple.”

Lionel and Elkan came from a line of Russian-Jewish immigrants. The family had arrived in London in the 1860s and lived in St. Pancras Ward where Lionel was born in 1894. His father was convicted along with four others of the violent robbery of the elderly Jewish diamond merchant Julius Tabak. Possibly because of his father’s infamy, in 1915, Lionel changed his name, anglicising Jacoby to Jackson.

London Rubber Company benefited hugely by a change in the law in 1930 that allowed married couples to use birth control. This was also the age of eugenics, and condoms were marketed by eugenicists like Marie Stopes under the brand names “Pro Race” and the “Racial Brand.”

In 1932, London Rubber became the first company in Europe to use latex dipping technology for their prophylactics. They took the first two letters of the words Durability, Reliability and Excellence to form the brand name Durex. When Lionel Jackson died at the age of 40 in 1934, he had established the foundations of an empire which his brother Elkan took over as managing director.

Julius Fromm and his family fled Berlin for London. Given the wartime conditions, Julius was unable to set up a factory. Although he harbored plans to do so after the war, he died just four days after VE Day, and it fell to his sons, Herbert and Edgar to start a condom factory in Pimlico, London in the early post-war years. However, this undertaking could not compete with London Rubber, as a result of which the two brothers were able to secure condom production on a license basis in Germany

After the war, the London Rubber Company kept expanding to engorge other companies. One of those was Schmid’s Sheik and Ramses brand, which was still managed by members of his family. Durex, feeling the pressure from the introduction of the pill, needed to keep growing to maintain its market position. The company dominated condom manufacture and distribution, monopolizing almost 100 percent of the market for most of its existence. Through diligent research, Borge’s illuminating book sheds light on a company which, though hidden in plain sight, came to dominate British private lives after the Second World War through the business acumen of its Jewish founder.