December 7: Interview with David Osit, director of The Mayor 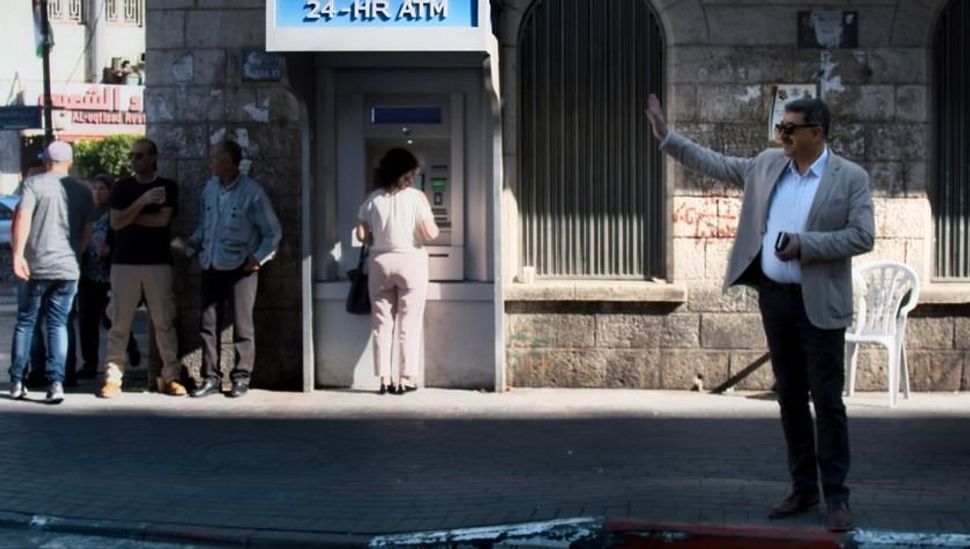 Following your ticket purchase, you will be sent a link to register for the Q&A.

The Forward is excited to once again partner with the Marlene Meyersen JCC Other Israel Film Festival, a leading supporter and promoter of Israeli cinema. The film festival, which will be held virtually via streaming, seeks to uncover untold stories of those living in Israel.

On December 7 at 7 pm ET/ 4 pm PT, join Opinion Editor Batya Ungar-Sargon as she interviews the director of the film, The Mayor, a story of the Christian Mayor of Ramallah. The film follows the busy life of Mayor Musa Hadid as he grapples with the everyday challenges of leading an ancient and secular city.

David Osit is an Emmy Award-winning documentary film director, editor and composer. David graduated from the Center for Middle Eastern and North African Studies at the University of Michigan, and studied Refugee Law at the American University of Cairo. He received his MFA in Social Documentary Film from the School of Visual Arts. Osit directed, produced, edited, shot and composed the feature documentary Thank You for Playing, was nominated for three Emmy awards, winning for Outstanding Arts & Culture Documentary.

Special for Forward readers: Get 20% off the ticket price with promo code forward20.

December 7: Interview with David Osit, director of The Mayor