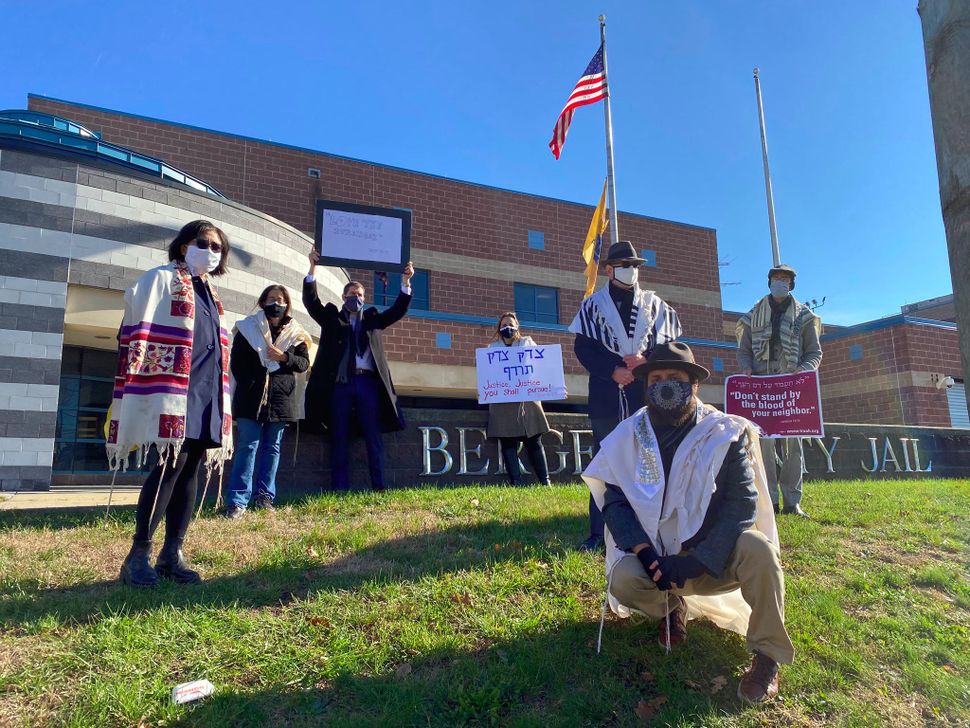 Rabbi Avram Mlotek was washing dishes and listening to the radio when he heard that seven immigrant detainees had started a hunger strike at Bergen County Jail in Hackensack, New Jersey.

“I’m from Bergen County, so that set off my antenna,” said Mlotek, who lives in Manhattan and leads BASE Hillel, a community outreach organization catering to millennial Jews.

Mlotek started tweeting about the strike and called fellow clergy members, asking them to accompany him on a pre-Shabbat rally outside the jail. On Friday morning, Nov. 20, about a dozen rabbis and clergy gathered in front of the jail for an hour of singing and speeches.

“Detainees are on hunger strike inside,” tweeted Rabbi Jonah Geffen of Hunter College Hillel, who also attended the event. “Their suffering is on all [of] our hands.”

At the Bergen county Jail with a bunch of @truahrabbis. It’s time to #FreeThemAll

Detainees are on hunger strike inside. Their suffering is on all o our hands. pic.twitter.com/zrDHYZA2h2

The immigrant detainees began their hunger strike on Nov. 13, Gothamist reported. This is the second hunger strike that has taken place at the Bergen County Jail this month. All of the detainees are awaiting the results of deportation cases, and they wish to do so from their homes rather than the jail, where they are at much higher risk of contracting coronavirus.

“We want to make ICE care a little bit more about us,” Carlos Gomez, a hunger striker who came to the United States from Guatemala about 20 years ago and works as a chef, told Gothamist. 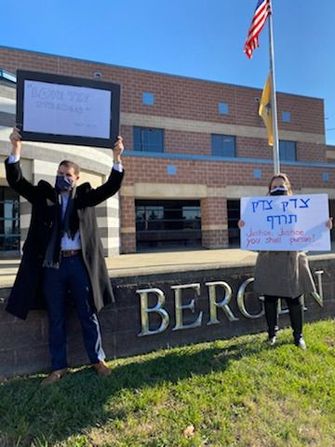 Bergen County makes millions of dollars each year by contracting with ICE to jail detained immigrants. In 2018, the federal agency paid the county over $16 million. About 200 people are currently detained at the Bergen County Jail because of alleged immigration violations.

Depending on the outcome of the hunger strike, Mlotek said, the clergy involved in today’s event may plan further actions in the coming weeks.