After the Holocaust, displaced by indifference and paralysis 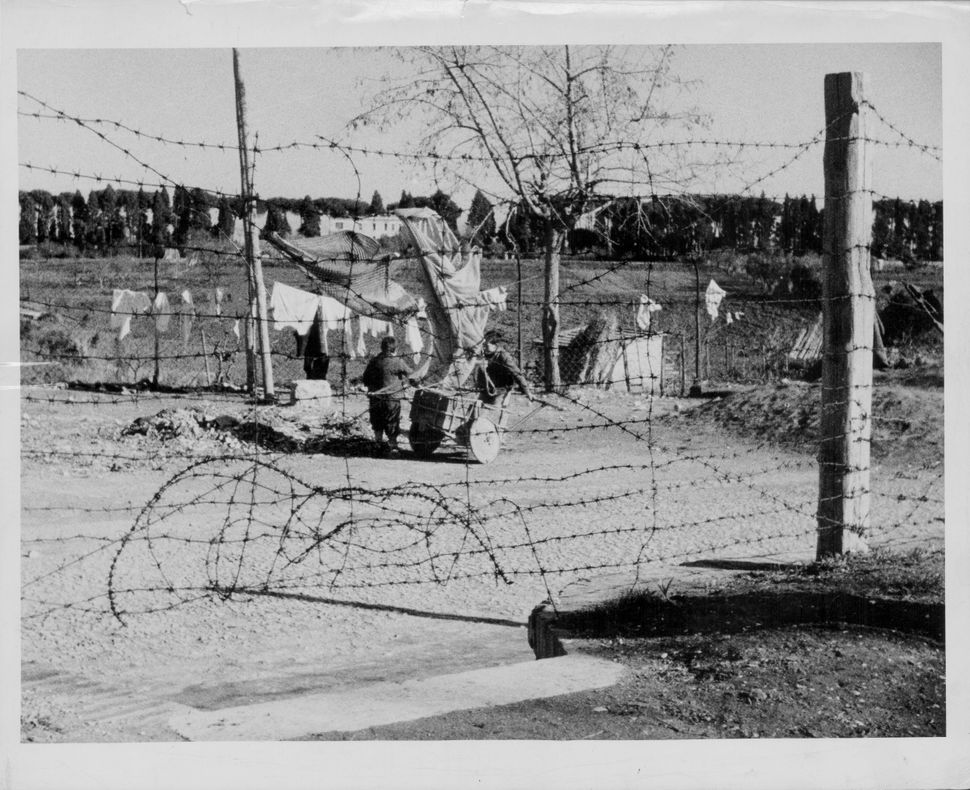 In Germany: A displaced persons’ camp circa 1939-45. Image by Getty Images

In the aftermath of World War II, Europe was in chaos, with millions homeless and in flight from violence, persecution or retribution for wartime crimes. Some had survived concentration camps; others had been forced laborers or prisoners of war. Many were repatriated relatively quickly, in a campaign that David Nasaw writes “succeeded beyond expectations.” This history is about those who were not – the diverse group, marooned in displaced persons camps, that Nasaw calls the Last Million.

In prizewinning biographies of William Randolph Hearst, Andrew Carnegie and Joseph P. Kennedy, Nasaw sketched warts-and-all portraits of flawed, charismatic figures who exercised outsized influence on American media, business and politics. “The Last Million,” by contrast, has no antihero to propel its storyline – only a lack of heroism writ large. It is a vexing, convoluted saga of a botched humanitarian response that Nasaw unspools in meticulous, depressing and occasionally numbing detail.

Many aspects of this account – including the plight of Jewish refugees in the DP camps and the United States’ willingness to overlook the unsavory past of Nazi collaborators – are familiar. Nasaw weaves these and other narrative strands into both an indictment and a warning, about the troubling “aftermaths” of war and “how the past haunts the present.” 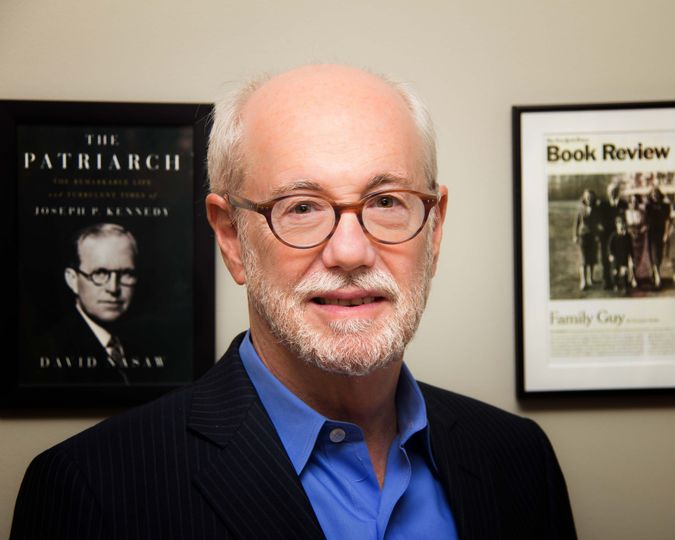 “The Last Million,” Nasaw writes, “were able to exert some control over their daily lives in the camps, but not over their futures.” Their fate was in the hands of others, principally the fracturing alliance that had won World War II. The British, the Americans and the Soviets were often at odds, and the resulting policy paralysis kept many stranded in camps in Germany, Austria and Italy until as late as the 1950s.

Most dispiriting, from a 21st-century perspective, is the world’s indifference, even hostility, toward the surviving remnant of European Jewry. “Nobody opened their doors to us. Nobody wanted to take us in,” Rae Kushner, Jared Kushner’s grandmother, recalled of her experience in a DP camp in Italy. That this failure of empathy occurred in the wake of the Holocaust remains horrifying, however many times we hear the story. Just as the U.S. and most European countries were reluctant to welcome Jewish refugees from Nazism before the war, they were hesitant afterward, notwithstanding their knowledge of the death camps and the East European killing fields.

Many Jewish survivors, though not all, were eager to emigrate to what was then Palestine, a country destined, after partition, to become their own. But the British, who in the immediate postwar period still controlled immigration and feared Arab resentments, kept Jewish quotas low. Jews in Palestine resisted, in part, by organizing illegal immigration. 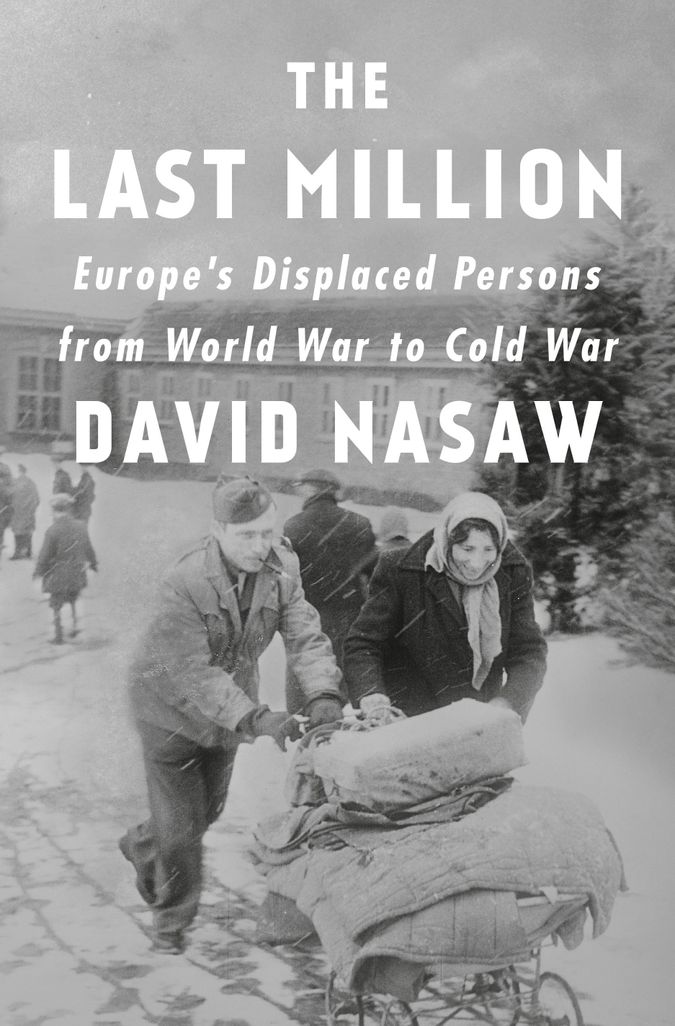 One such effort involved a ship symbolically renamed Exodus 1947, later celebrated in Leon Uris’s 1958 novel and the 1960 Paul Newman film. The vessel’s travails, as recounted by Nasaw, mirror those of the 1939 refugee ship St. Louis – each departing Europe in the hope of rescue, then cruelly barred from delivering its cargo of stateless and desperate Jewish passengers to safety.

Nasaw also reminds us how completely the rise of anti-Communism reshuffled American priorities. With the Cold War raging, the talents, contacts and anti-Soviet fervor of former Nazis and Nazi collaborators were regarded as too valuable to forego. Operation Paperclip recruited Nazi scientists — most notoriously, the aerospace engineer Wernher von Braun, who designed the German V-2 rocket and became a key figure in the U.S. space program. Under Operation BLOODSTONE, the Department of State, the U.S. Armed Forces and the CIA sought Eastern European refugees and DPs for intelligence work.

Other onetime collaborators, many from Ukraine and the Baltic states of Estonia, Latvia and Lithuania, simply slipped through the U.S.’s lax screening process into ordinary American lives. It was not until the 1980s that the prosecution and deportation of war criminals – men such as Karl Linnas, who had been a commandant at an Estonian camp where thousands of Jews were murdered — become a U.S. Justice Department priority.

Jews did not initially comprise a large segment of the DP population. But, in 1946, 30,000 survivors in the camps were joined by as many as 200,000 Polish Jews who had spent the war in the Soviet Union. Their homes and property in Poland had been expropriated, and their attempted return was met with violence, “homegrown, endemic and encouraged by popular support,” Nasaw writes. Life in a DP camp seemed safer.

The Allies at first grouped DPs by national origin, a policy that forced Jews together with their recent persecutors and denied them the special assistance they needed. In the summer of 1945, a U.S. mission, led by Dean Earl Harrison of the University of Pennsylvania Law School, condemned camp conditions, famously declaring: “As matters now stand, we appear to be treating the Jews as the Nazis treated them except that we do not exterminate them.” Afterward, Jews got their own, better-supplied camps.

Sinking deep into the weeds of the legislative process, Nasaw describes the resulting 1948 Displaced Persons Act as “blatantly, frighteningly discriminatory.” It favored displaced persons (mainly Balts and Ukrainians) whose homelands had been annexed by the Soviets and used an arbitrary early deadline for arrival in the DP camps that disqualified most Jews.

By the time the Displaced Persons Act of 1950 passed, rectifying much of that unfairness, the majority of Jewish DPs had made it to Israel, where they were once again plunged into war. Other refugees had dispersed across Western Europe, or settled in Australia, Canada or South America. The International Refugee Organization, charged with emptying the camps, had marketed the DPs as a means of easing postwar labor shortages.

Nasaw regrets that strategy, with its stress on “utilitarian and political over humanitarian rationales.” It has, he suggests, served as a less than salutary model for the developed world’s response to refugee crises ever since – one more instance of the past haunting the present.

After the Holocaust, displaced by indifference and paralysis