In an English sea town, a 91-year-old synagogue needs saving 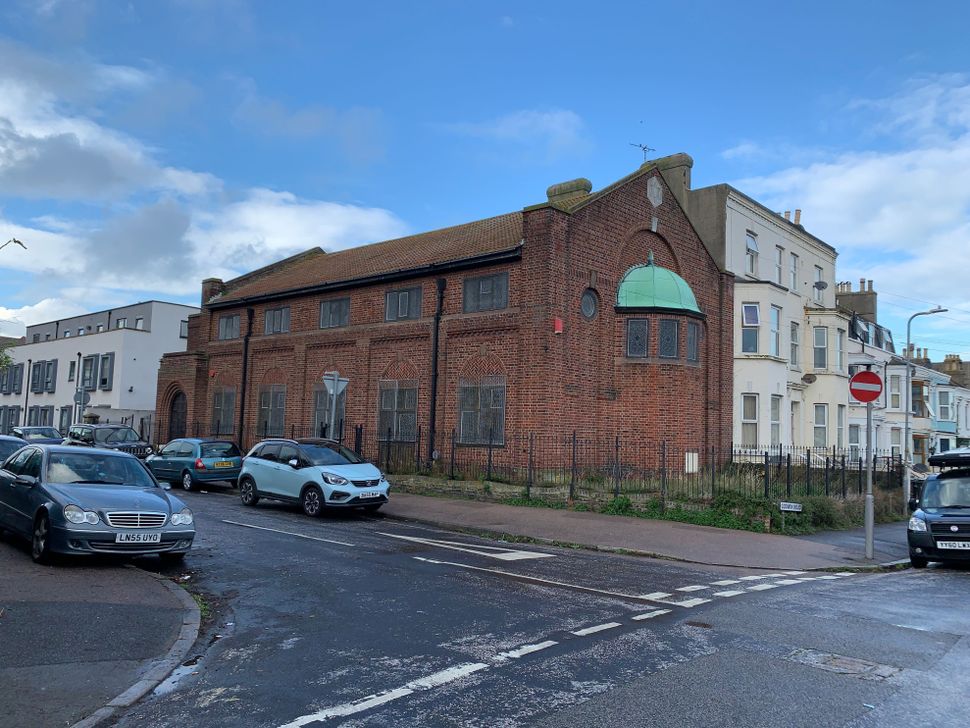 Francesca Ter-Berg has lived in the coastal English town of Margate for a year and a half. It took her over a year to find the local shul. It was hidden on a backstreet and had been shuttered for years. Soon after discovering it, she learned it was set to be auctioned off for development on Dec. 16 — and quite possibly demolished.

Now, she and a group of locals are hoping to purchase the 91-year-old building and convert it into a multicultural arts center and a permanent memento of the town’s vibrant Jewish past.

The Margate Synagogue was completed in 1929 and built to accommodate Jewish vacationers and residents. It opened after over a decade of struggling to find funding as the congregation, having outgrown the house it acquired after worshipping for many years in a single room, faced financial setbacks after World War I.

By the time the building opened in the then-affluent area of Cliftonville, Margate was a bustling resort town boasting a string of Jewish-owned hotels. But, like many other English communities by the sea, Margate has been in decline since the Thatcher era. Jews left and stopped visiting, and the Orthodox congregation, which now numbers 11 people, hasn’t held formal services since 2017.

Hailed by the Isle of Thanet Gazette as a “building worthy of [Jews’] religion and an ornament to Margate” at the laying of its cornerstone, the brick-fronted building is imposing but easy to miss. Ter-Berg, a cellist specializing in klezmer music, instantly recognized its potential as a venue when she finally saw it from the outside a few months ago.

“Of course I walked past it and was like ‘Oh my God, I want to do gigs in there!’” 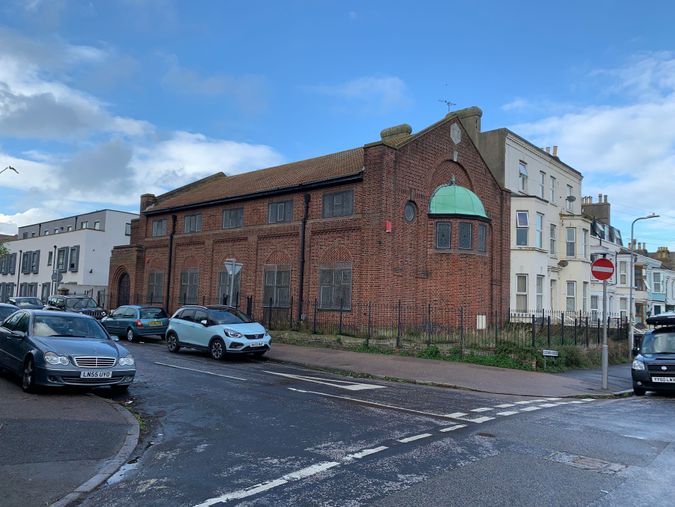 She soon found encouragement from a friend and personal hero: Grammy Award-winning artist Imogen Heap who told her, for the going price of £300,000, Ter-Berg should buy the shul and give the area a much-needed community space. The same day Heap advised her, Ter-Berg entered the building, and saw its unique design — including a quirky pineapple finial — and its promise as a place of connection through the arts.

“Deep inside I realized I had to do something about this,” Ter-Berg said.

Partnering with three other local women, she formed the Cliftonville Cultural Space CIC and kicked off fundraising in November.

Ter-Berg said she first approached the synagogue’s board with their plans but was rebuffed. Jeremy Jacobs, the treasurer of the Margate Hebrew Congregation did not respond to a request for comment, but told the Isle of Thanet News that, while he had conversations with the group, the synagogue’s board still intended to sell the synagogue at auction.

“It’s not unusual for this to happen,” Jacobs told the News. “It has served its purpose and we have tried to keep the building going but have struggled to attract members.”

Explaining the Congregation’s mission as a charity, Jacobs said the board had a responsibility to sell the building, acknowledging that the Jewish demographic in the country is now “London-centric.”

“It will be going to auction in December – unfortunately there are many people with big mouths and closed wallets,” Jacobs added. “We needed this five years ago.” 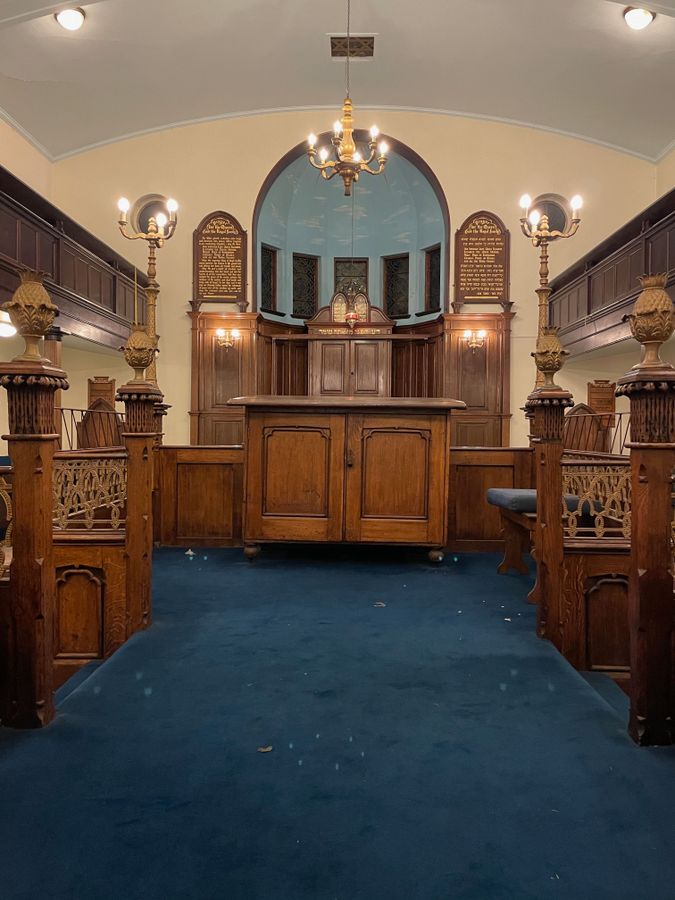 The interior of the Margate Synagogue on November 2, 2020 before many of its details were removed Image by Louise Oldfield

Ter-Berg and her partners are hoping to designate the synagogue as an Asset of Community Value, which would make it necessary for the Congregation to sell the building to a community interest organization. If they’re successful, Ter-Berg said, the auction would have to be postponed six months until her group could raise the funds.

The campaign is currently seeking £400,000 to snag the building off the block. After that, it hopes to develop historical programming — including an oral history project and a permanent exhibition about Jewish Life in East Kent — while reimagining it as a cultural hub honoring the culture of Margate’s newer arrivals, many of whom are refugees from Eastern Europe.

Ter-Berg was upset to learn that much of the shul’s interior had been stripped away and sold, but had an architect friend’s draw up sketches for what the space could look like under its reimagined purpose.

So far, Ter-Berg is pleased with the response to her outreach — even if they have a ways to go. They’ve raised over £8,000 on their Crowdfunder and have the support of actor Steven Berkoff, author Michael Rosen, Imogen Heap and Oscar-winning documentarian Arnold Schwartzman, who, in a letter of appeal, noted the building’s unique “Arts & Crafts” style. 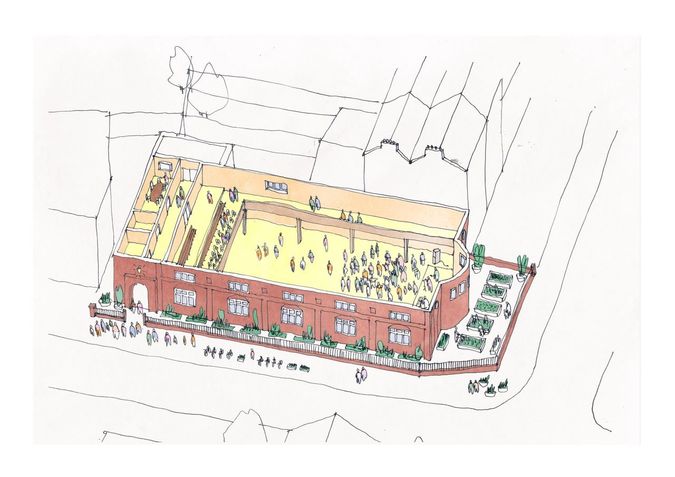 While she has attracted some notable names, Ter-Berg is most moved by the responses from donors on the Crowdfunder page, who are sharing stories of their own time in the shul and with the community that surrounded it.

One supporter noted how her parents were married in the shul and her memories of Cheder classes and children’s parties organized by the shul at local Jewish hotels. Another recalled playing cards with the shul’s Jewish minister (called “Reverend” as he lacked a rabbinical diploma, a once common feature of Anglo-Jewish clergy).

While many have fond memories, the initiative is already hinting at a hopeful revival of the community spirit that erected the shul in the first place.

“I am a local Jewish artist,” one funder commented. “What else can I do to help?”

In an English sea town, a 91-year-old synagogue needs saving