Daveed Diggs gifts us a fresh Hanukkah song — and a puppy 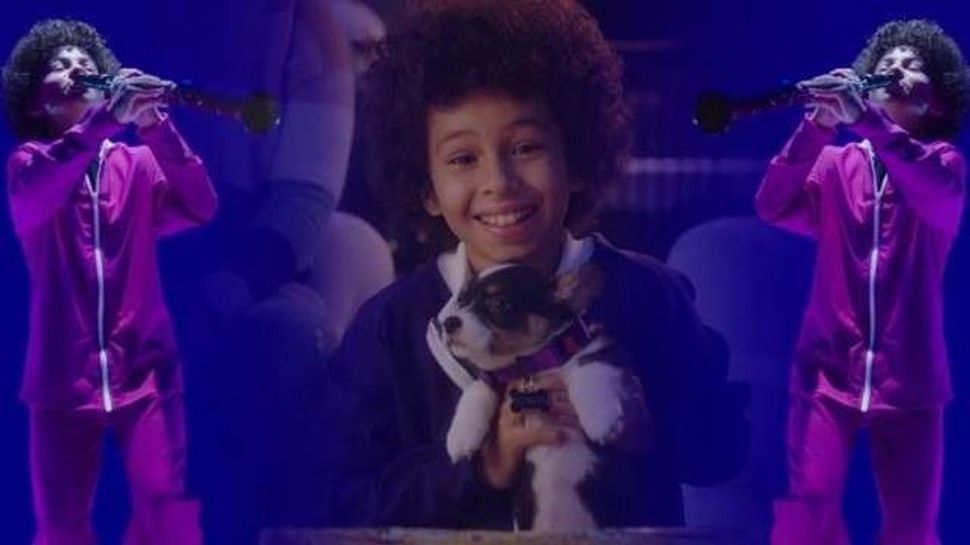 Look, the Hanukkah song book has a lot of vacancies when compared to its seasonal neighbor. “Sevivon Sov Sov Sov,” kinda slaps, but we could always use an updated anthem. Enter “Hamilton” star Daveed Diggs with a new tune that fully captures the thrills — and many disappointments — of the Festival of Lights.

The track, “Puppy for Hanukkah,” a more Jew-forward version of Sia’s Christmas-timed “Puppies are Forever,” expresses the young Diggs’ childhood yen for a canine companion.

“I want a puppy for Hanukkah,” Diggs raps over a klezmer hip-hop beat, before outlining a major cultural difference between Jews and Christians in the winter months.

Some kids write lists for they Christmas gifts, and send em’ all off to they Santas
But I don’t trip off a list for my gift
I’mma get it cause I got 8 chances
That’s right, eight nights, Festival of Lights, go hard for a week with a plus one
So y’all keep stressing be good learn lessons
But Hanukkah is the best fun.

Now, we know, not every Jewish child gets gifts each night of Hanukkah — a lot of us didn’t or, if we did, they were things like winter gloves. But just roll with it. Appreciate the groove and the knowing reference to “clarinet, no harmonica,” a necessary rhyme for Hanukkah — but also a lesson in ethnomusicology.

I think you can sense what’s coming next. In the first few evenings, no puppy is forthcoming.

Momma came with a gift wrapped box
It don’t bark, don’t bite, don’t cry when I shake it, so I’m pretty sure that it’s just socks
But you never know miracles happen.

They do! That oil lasted through a siege. Surely a puppy (probably a hypoallergenic one) is not out of the question. Well, it turns out, it is just socks. We’ve all been there.

But while we wait out the nights of dud gifts, we at least learn Diggs’ preferred latke topping

“Sour cream is the best/Apple sauce on the side I might just get.”

And he says the brachah! He even calls the blessing a “bop” after he auto-tunes his way through it like a pro.

“Not sure what it means,” he quips, “but I learned in phonetic.”

Daveed, you’re shamash for us to handle!

The single comes with a music video airing on Disney Channel with a diverse cast of kids b-boying, spinning dreidels and even playing the clarinet. It’s cute, but its biggest gift may be its representation, reaching not just Jewish kids who might feel left out of the holiday season, but Jewish kids of color, who aren’t often featured in this kind of holiday offering.

This addition to the Hanukkah canon by Disney almost makes up for the uncomfortable spectacle of their original movie “Full-Court Miracle,” in which Jewish day school kids co-opt hip hop culture while worshipping a Black basketball player as the second coming of Judah Maccabee.

The puppy (spoilers) is pretty cute, too.

Daveed Diggs gifts us a fresh Hanukkah song — and a puppy