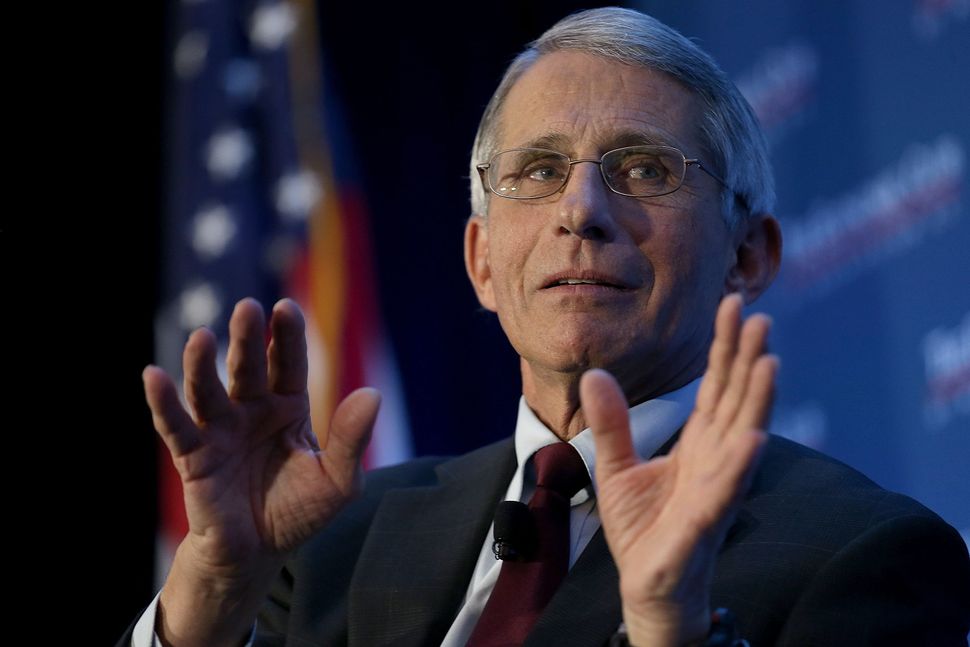 One way to celebrate the 80th birthday on Dec. 24 of Dr. Anthony Fauci, director of the National Institute of Allergy and Infectious Diseases, would be to re-examine his complex friendship with the American Jewish author and AIDS activist Larry Kramer.

When Kramer died in May of this year at age 84, Fauci recounted in interviews that a quasi-bromance had developed between him and the anti-government firebrand, since they first met in the 1980s as adversaries over official AIDS policy.

As Fauci explained on “PBS NewsHour” May 28, “It turned out I loved the guy, and I think he loved me back.” This despite unpromising beginnings in which Kramer verbally browbeat Fauci as a representative of failed US policies that cost the lives of a generation of AIDS patients. 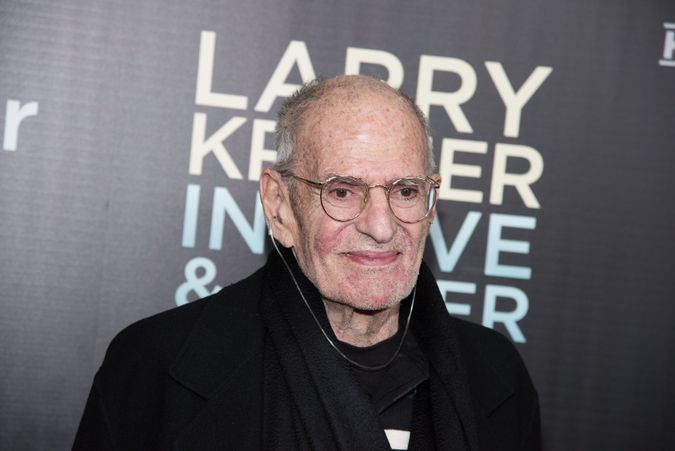 Fauci added that Kramer “attacked me, he called me a murderer, he called me an incompetent idiot, I mean publicly.” Maintaining his equanimity, Fauci reached out to listen to the concerns of Kramer and his advocacy group, Act Up.

Fauci may have learned to stay cool and focus on the job of healing from his mentor and closest colleague, Dr. Sheldon Wolff (1930-1994). Clinical director at the National Institute of Allergy and Infectious Diseases, Wolff made Fauci part of his extended mishpocheh, and stood as best man at the latter’s wedding. Fauci, in turn, was an honored guest at the bar mitzvah of Wolff’s son Dan.

An obituary published in “The Journal of Infectious Diseases” in August 1994 lauded Wolff: “Despite his well-deserved fame, Shelly never forgot his urban Newark, New Jersey, roots. He was… never overly impressed with himself.” Dr. Jordan Cohen, then-president of the Association of American Medical Colleges (AAMC) added that Wolff “thought smart, talked straight and did right.”

So Fauci had a Jewish model for public conduct when Kramer decided to lambaste him in an open letter published in May 1988 disagreeing with the way drug trials were conducted, research underfunded, and other aspects of the unsuccessful campaign against AIDS.

Fauci has acknowledged that Kramer’s verbal violence effectively caught his attention, but understandably, he has glossed over some of the more extreme accusations.

Kramer wrote that Fauci was a “good lieutenant, like Adolph Eichmann.” Kramer further called Fauci a “murderer, not dissimilar to the ‘good Germans’ who claimed they didn’t know what was happening,” because he reported staffing shortages due to budget issues.

Claiming that Fauci had not properly distributed the available budget, Kramer concluded: “You have no imagination. You are banal (a word used so accurately to describe Eichmann.”)

In a public speech in Boston in June 1987, Kramer described Fauci as “real cute. He’s an Italian from Brooklyn, short, slim, compact; he wears aviator glasses and is a natty dresser, a very energetic and dynamic man… Everybody likes Dr. Fauci and everybody thinks Dr. Fauci is real cute and every scientiﬁc person I spoke to whispers off to the side, ‘Yes, he’s real cute, but he’s in way over his head.’”

Yet Fauci was not put off. He contacted Kramer, listened to the arguments of the founders of Act Up, and found many of them sensible. As Fauci has related, he became an advocate for AIDS patients rather than just a doctor, due to Kramer’s boldness in challenging the status quo when his community was dying.

Still, Kramer’s attitude to Fauci remained complex and sometimes contradictory. In the 1994 edition of his “Reports from the Holocaust: The Making of an AIDS Activist” Kramer wrote:

“Before I knew [Fauci] personally, it was in no way difﬁcult for me to come after him like a maniacal tiger. As I came to know him over the following years (now that I’m HIV positive, he’s even one of my doctors), even though I’m just as furiously angry at him for what he does and doesn’t do, it’s become painful for me to call him names… He’s a nice man with a lovely wife and he works seven days a week and rarely sees his kids. I have to remind myself that my idol Hannah Arendt pointed out for us all how nice people can perform so many evil deeds.”

By contrast, Fauci unreservedly admired Kramer’s forceful advocacy and his writings too, telling “Variety” on May 28 that Kramer’s play “The Normal Heart” is a “classic” and his novel “Faggots” is “another classic.”

Kramer further explored his contradictory feelings about Fauci in a 1992 play, “The Destiny of Me.” Ned Weeks, a character based on himself, is treated by Dr. Anthony Della Vida, modeled on Fauci, at a federal medical research facility.

Their dialogue recalls some of the one-sided talking tachlis relationship that Kramer and Fauci had developed since they first met:

NED: I never understand why you talk to me …

TONY: I’m very fond of you.

HANNIMAN: “Dr. Delia Vida runs the biggest waste of taxpayers’ money after the Defense Department.” In The Washington Post.

TONY: No, in The Washington Post he compared me to Hitler.

HANNIMAN: No, that was in the Village Voice…

Later in their conversation, Dr. Della Vida observes to Ned: “You are depressed. That’s too bad. You’ve been very useful… All your anger has kept us on our toes.” To which Ned eventually responds with a moment of physical intimacy, according to a stage direction: “Ned suddenly reaches out and touches Tony’s face.”

In their dual public presentations, Kramer would introduce profanity and insults, such as on a November 1993 C-Span broadcast. Fauci would smile with the tolerance of a civil servant unable to express himself publicly in these undiplomatic terms.

Yet he tacitly admired Kramer’s verve in doing so, especially since according to Science Magazine in July 2012, in the privacy of his lab, Fauci commonly uses salty, caustic language that he would never display on the air.

Relishing Kramer’s iconoclasm and theatricality, Fauci understood that the invective was merely intended to attract attention to the subject of debate. Kramer often cited the producer Joseph Papp (born Papirofsky) in saying that press coverage was all-important, whether good or bad.

On C-Span and in private, Kramer and Fauci would exchange professions of affection: “I love you, Larry” was always echoed by “I love you, Tony.”

Kramer’s personal definition of love apparently permitted strong reservations, and in two articles in The Advocate in late 1993 he termed Fauci a “complete failure” and “the great pretender.” In May 1995, he again told an interviewer about Fauci: “I’ve come to truly love the man, but I think that because [Fauci] has not done what he was capable of doing opens him up to very acceptable charges of evil.”

Oy! But then, no one ever claimed that being a friend of Larry Kramer’s was easy.