Battered by the pandemic, the Tenement Museum looks ahead with arrival of new president 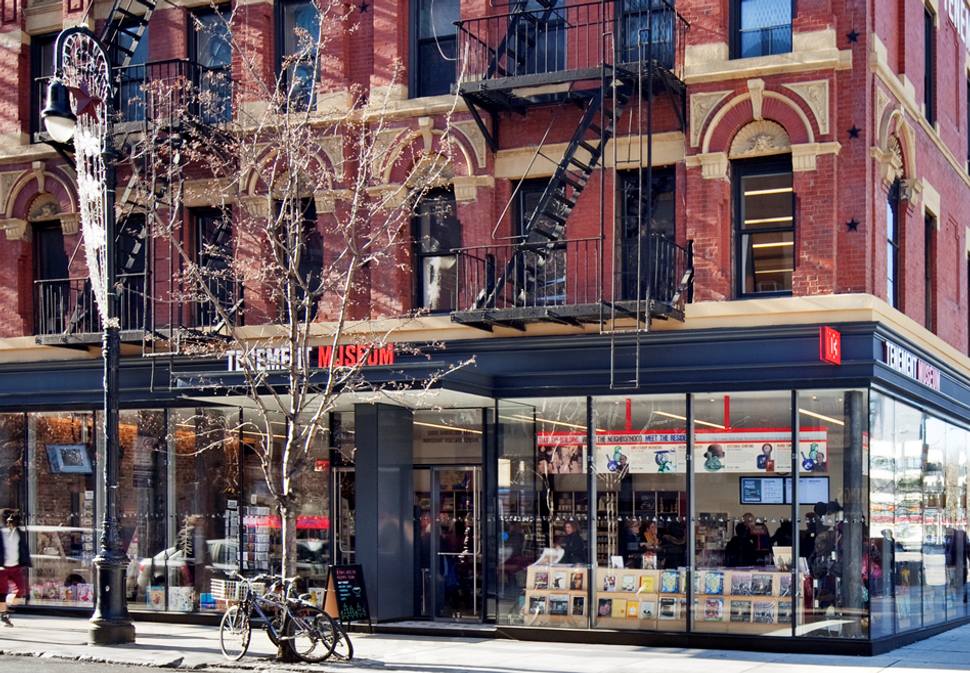 The Tenement Museum, a New York City icon that found itself in severe financial straits during the coronavirus pandemic, has named a new president.

Dr. Annie Polland, the first woman to lead the museum since it was founded in 1988 by Ruth Abram and Anita Jacobson, will take office in January 2021. She arrives at a uniquely challenging time, when the Tenement Museum, even more than many struggling cultural institutions across America is facing serious threats to its long-term survival. But in an interview with the Forward, Polland said she’s ready to roll up her sleeves.

“When I think of how executive directors start out their tenure, there’s a lot of getting to know people, going out for lunch,” said Polland, 47, who holds a Ph.D. from Columbia and authored a history of the Eldridge Street Synagogue, “Landmark of the Spirit.” “But this is a moment [for] action and work. Basically, you need to hit the ground running.”

For the Tenement Museum, which tells the stories of immigrant families on the Lower East Side, the pandemic proved an existential threat. In large part, Polland said, that’s because the museum relies on income earned from tickets and tours, rather than fundraising, to support itself. When that income vanished in March, the museum furloughed all but five of its 68 full-time and 70 part-time employees. The museum brought back full-time staff in April thanks to a $1.4 million federal payroll loan. But in July, it laid off all part-time workers.

“I’m cognizant of the pain that the staff has gone through,” Polland said. In fact, she’s a veteran of the Tenement Museum, where she worked from 2009 to 2018, launching its two most recent exhibits. In 2018, Polland became the Executive Director of the American Jewish Historical Society. There, she built an exhibit and poetry contest around a handwritten copy of Emma Lazarus’s “The New Colossus,” previously tucked away in the organization’s archives.

The Tenement Museum is already looking past the pandemic to plan new in-person exhibits. In 2022, the museum will install a new exhibit recreating the tenement home of Joseph Moore, a Black waiter who lived with his family near the museum in the 1860s.

The new exhibit will be the first to focus on a family that did not live in one of the Tenement Museum’s two buildings. But the Moore family does have a link to the museum: One of its existing exhibits is centered on a different Joseph Moore, an Irish immigrant who also worked as a waiter. In the past, Polland said, museum educators have used the parallel stories of the two Moore families to explore how race complicates the experience of migration.

In the meantime, Polland and her staff are focused on improving virtual tours. The museum is operating far below its pre-pandemic capacity. Where it once ran over 1000 tours per month, it currently runs between 50 and 75. However, Polland says the virtual offerings are serving visitors in new ways: Recently, over 100 students from Tennessee crowded virtually into a tenement apartment that could never accommodate that many in-person visitors. With tourism predicted to lag long after vaccines are available, online offerings may be central to the museum’s work for years to come.

“This is a tremendous opportunity to explore what can be done with storytelling through virtual, that will last beyond the pandemic,” Polland said.

Battered by the pandemic, the Tenement Museum looks ahead with arrival of new president