Even dictionaries couldn’t keep up with language in 2020 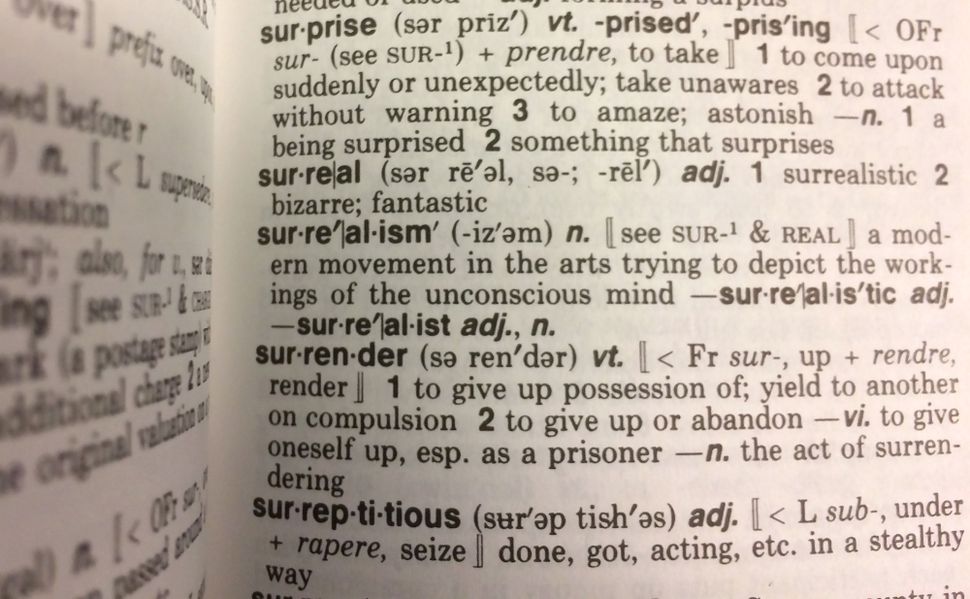 So much happened in 2020 that not even the Word of the Year folks at the Oxford English Dictionary could come up with just one word to describe the past year; instead, the august dictionary folks issued a 38-page report on “words of an unprecedented year” — complete with colorful bar charts distilling how we all tried to explain 2020 to each other in mere words.

The OED also hosted an online webinar, offering professional and amateur word nerds a glimpse of how lexicographers scrambled to keep up with everything 2020.

But this is one moment when, as William Faulkner famously said, the past isn’t even past; maybe the “word of the year” for the past few years, as designated by the OED folks, hinted at what was coming, what was hurtling toward us if we had only known that language could foretell the future.

The dictionary just couldn’t keep up.

“The English language, like all of us, has had to adapt rapidly and repeatedly this year,” the report said, in what might be called an understatement. “Given the phenomenal breadth of language change and development during 2020, Oxford Languages concluded that this is a year which cannot be neatly accommodated in a single word.”

The coronavirus meant a long list of new words and terms added to the lexicon; but so did the massive move to remote work, and the social movements spilling into streets all over the world, from Louisville to Belarus. And it was all happening very, very quickly, as dictionary look-ups show.

Like the Merriam-Webster dictionary, which has become a Twitter star, the folks at the OED track most frequent look-ups. In January, when the Australian bushfire season was the worst on record, it was “bushfire” and “impeachment.” By February, it was “acquittal,” and by March it was “coronavirus.”

By April, “Covid-10” “Lockdown” and “Social Distancing” were dominating lookups, and in May there was a hopeful surge of folks looking up “reopening.”

Black Lives Matter “exploded in usage beginning in June of this year, remaining at elevated levels for the rest of the year.” July brought usage surges for “cancel culture” and “BIPOC,” and by August, the spotlight was on ballots and Belarus. “Mail-In” and “Belarusian” were frequent lookups. By October “superspreader” was hot.

To be fair, humanity has seen some of the events we saw in 2020 before. “The English language is studded with words from previous plagues and pandemics, mass social disruption, and an abundance of expressions that fulfill humanity’s perennial need to describe an often inhospitable word,” the Oxford report noted.

What was different this year was how fast language changed; the Oxford folks called it “hyperspeed.” Coronavirus lingo moved so fast that by April the noun “coronavirus” was being used more often than the noun “time.”

The linguistic highlights of 2020 often corresponded to important moments in the news cycle. After the World Health Organization labeled the coronavirus a “pandemic” on March 11th, the word “pandemic” was everywhere, and its usage increased by over 57,000 percent.

That was also when many of us began to stay home.

The ubiquity of work-at-home schedules affected language, and made some very old words new again. “Remote” and “remotely” were first used in the 15th and 16th century, but the use of “remotely” went up by a whopping 300 percent compared to 2019. Not surprisingly, words related to Zoom also took over the English language; “unmute” went up 500 percent.

“Zoombombing,” “Zoom-friendly” and other Zoom-words also increased in use. So did “doomscrolling.”

By summer, words like “wokeness” and “allyship” were showing up on dictionary editors’ radar, and so did the phrase “take a knee,” which had its genesis in the National Football League. The word “Juneteenth” was mentioned ten times as often in 2020 as it was in 2019.

All in all, the Oxford Dictionaries discussed 50 words and phrases in their report, all defined in a neat glossary at the end that serves as a snapshot of this well — “unprecedented” — year. And one of those words is “virtue-signaling”—perhaps because this year showed the very real dangers, for any organization, of leaving something out.

See the entry for “cancel culture” for more details.

Aviya Kushner is The Forward’s language columnist and the author of The Grammar of God (Spiegel & Grau) and Wolf Lamb Bomb (forthcoming, Orison Books). Follow her on Twitter @AviyaKushner

Even dictionaries couldn’t keep up with language in 2020