Written during the Holocaust, a song finds a second life as a social justice anthem 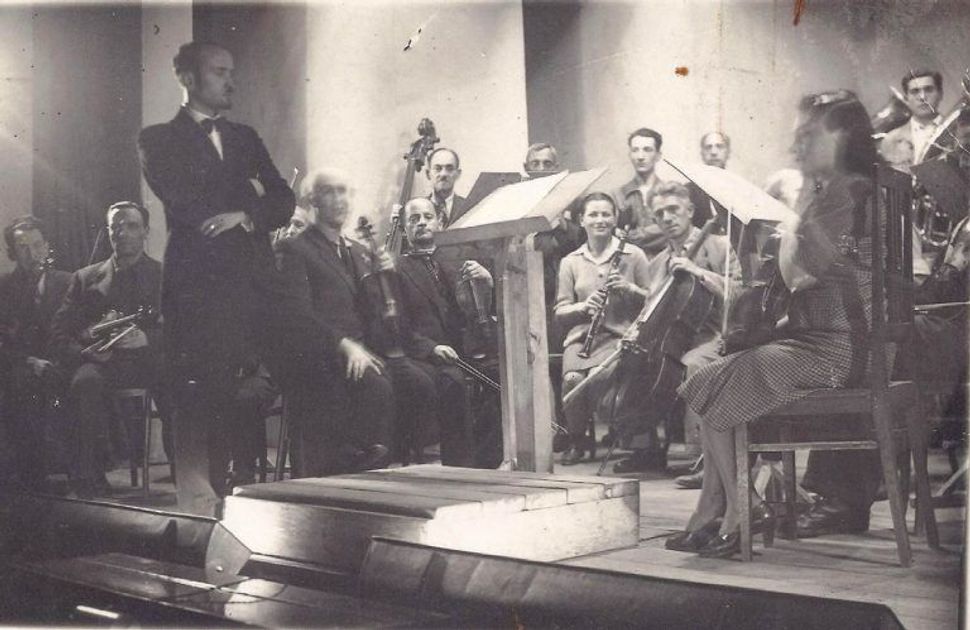 A simple melody, straining upward and urging defiant silence, was composed at the Klooga work camp in Estonia in the 1940s. But for decades, scholars wondered who wrote the song, or how it even sounded.

Starting a year after World War II ended, the words to “Lomir shvaygn” (“Stay Silent”) appeared in collections of songs from the Shoah — without the music or a composer credit. In 1960, the Polish Jewish composer Henech Kon conjured a melody for “Stay Silent” in his book “Songs of the Ghettos.” Scholars attributed the Yiddish lyrics to the poet Hirsh Glick, but they weren’t sure they were his.

“One of the reasons that the song was published a few times was because it was a question mark,” said Bret Werb, the recorded sound curator at the U.S. Holocaust Memorial Museum.

But in 1970, its true origins appeared in a book, “Vayse nekhṭ un shṿartse ṭeg” (“White Nights and Black Days”), a memoir that Mark Dvorzetsky, a doctor from Vilna, wrote about his time in Klooga. Another Klooga survivor, Raya Doron, transcribed the music for him. The tune was written, Dvozetsky wrote, by composer Wolf Durmashkin with words by poet Leyb Rosenthal. Neither man survived Klooga, but their song lives on – re-imagined once more for a different moment in time.

Abe Gurko, a Hollywood-based event producer and Durmashkin’s nephew, learned about “Stay Silent” several years ago after Werb told the family about it. Before then, Gurko, now working on a documentary on Durmashkin, only knew a basic outline of his life. He heard his uncle was a piano prodigy and a conductor for the Vilna Symphony, and that Wolf died at the age of 30, shortly before the Soviets liberated Klooga in September 1944. With his knowledge of this song, came a bigger picture of Durmashkin’s story.

Durmashkin was allowed to travel outside the Vilna ghetto to conduct for the Symphony but had to return to the ghetto after performances. He also brought music back — smuggling a piano piece by piece for the Vilna Ghetto Orchestra, writing music for the ghetto theater company and forming a 100-voice choir. 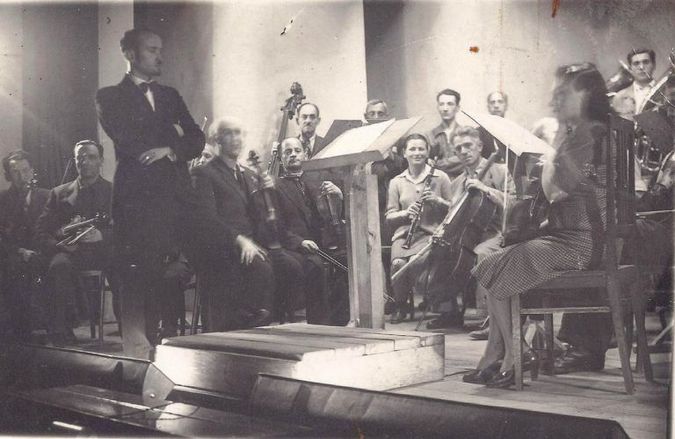 “He sounded like a hero and somebody that I needed to do whatever I can to honor,” Gurko said.

The vehicle for Durmashkin’s legacy became what may be the last piece of music he ever wrote, a song that Dvorzetsky recalled singing in the camp. Gurko wanted the song to have impact today. For that, he decided to change the lyrics.

“I’m an activist, so the song ‘Stay Silent,’ those words didn’t sit well with me,” Gurko said. “I wanted to take that melody, exhumed from the ashes of the Holocaust, and make it a unifying message for today.”

Gurko asked songwriter Kara DioGuardi to write new lyrics and the resulting song, “Won’t Be Silent,” has since been performed by the Resistance Revival Chorus, a 60-person group devoted to uplifting women’s voices. Mexican-Jewish singer Jaime Kohen recorded a Spanish version after Gurko learned about the Trump administration’s family separations at the U.S.-Mexico border. Before November, it was used in a PSA urging voter registration.

The song, interpolated in the postwar period before Durmashkin’s name was attached to it, has received an R&B treatment and Gurko hopes it might be used for causes as diverse as climate change and the fight to end police brutality.

But the “biggest miracle of miracles,” says Gurko, occurred when the Bavarian Symphony Orchestra performed the song in the original Yiddish on March 17, 2019, with an 83-voice choir and 56-piece orchestra. Many of the performers were descendants of members of the Third Reich. 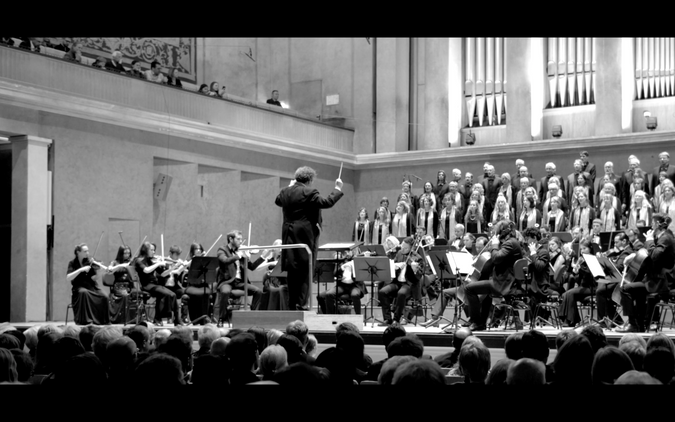 Since Gurko began his journey to advance and transform Durmashkin’s legacy, he has been filming the song’s evolution and its backstory. The project stalled due to the pandemic, but he’s since found a partner in Gary Hochman, a veteran producer and director for programs like PBS’ “NOVA.”

“The Holocaust is not just a dusty piece of history that happened a long time ago and has nothing to do with today,” Hochman said. “It really does have everything to do with today. The fact that you could encapsulate that one piece of sheet music that then takes on a life of its own is an extraordinary journey.”

Hochman and Gurko, who are codirecting the film “Won’t Be Silent: A Song of Hope,” are now meeting with broadcasters and trying to secure funding to continue production. They plan to travel to Vilna, where Durmashkin began life with his musically gifted sisters, the singer Henny — Gurko’s mother — and pianist Fanny, who both survived Dachau.

With his project, Gurko is energized to tell his part of the family story by linking this song to the rise in nationalism he sees today. It’s a new endeavor for him, but one he feels secure in.

“I do feel like my uncle’s spirit is inside of me,” Gurko said, “I’m just trying to conduct this thing.”

Written during the Holocaust, a song finds a second life as a social justice anthem