With huckster Trump in charge, the carnival goes on — and on and on 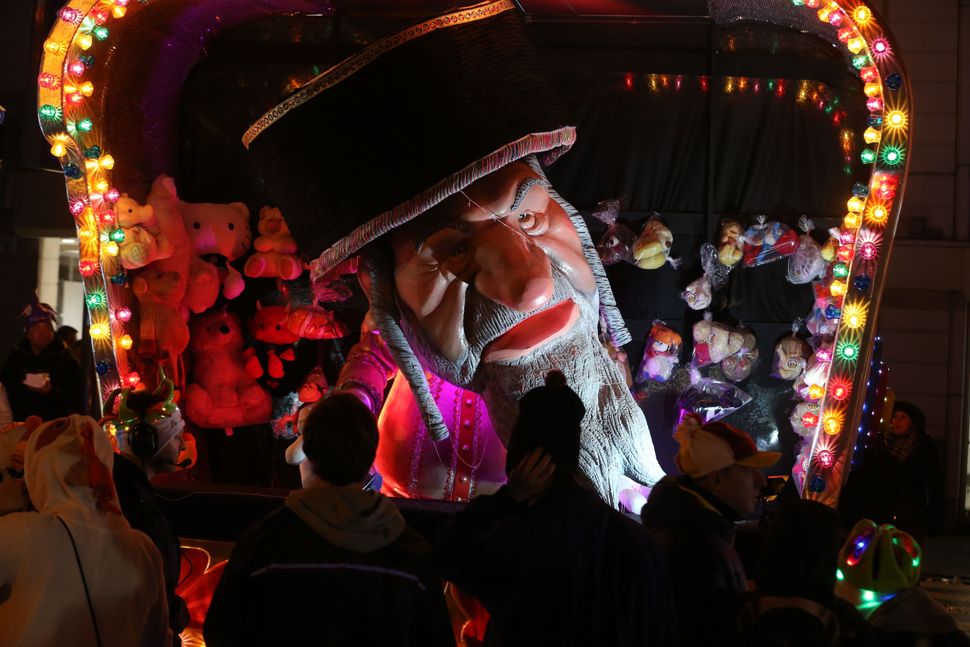 One of the few things Fox News and the Guardian newspaper agree upon is Donald Trump’s resemblance to a carnival huckster. This indelibly American image brings to mind Harold Hill, the fast-talking trickster who steals the show — and very nearly the savings of a small Iowa town — in “The Music Man.”

Yet, for historians of medieval and early modern Europe, carnival brings to mind a different and darker notion, one that portrays a world deliberately turned upside down. Rather than casting the past four years — and the jaw-dropping weeks that followed after Joe Biden was declared president-elect — as another production of “The Music Man,” this concept suggests an entirely new production. Let’s call it “The Misrule Man.”

Nearly a century ago, the renowned Russian literary theorist Mikhail Bakhtin introduced the notion of “the carnivalesque.” Diving into the works of the early modern writer François Rabelais, Bakhtin resurfaced with a catch of connotations. The Rabelaisian world, he revealed, was one where up was down and the fantastic was matter-of-fact. His gargantuan heroes grabbed the traditional hierarchies of social privilege and power by their feet and, with a mighty shake, suspended them upside down. Rabelais’ world reveled in the razzing of established authorities and razing of ritual pieties; through the exercise of excess, it underscored all that was wrong with a world deemed to be right.

Come the 1970s, American historians like Natalie Zemon Davis and Robert Darnton picked up and ran with Bakhtin’s insights in their own pathbreaking studies. Davis told the heartbreaking tale of a young stranger who, stealing the identity of a villager named Martin Guerre, proceeds to steal the heart of another villager, leading him to the gallows. And Darnton recounted the hilarious story of a clutch of apprentice artisans who hold a macabre trial for the pet cat of their master’s wife. (Spoiler alert: It does not end well for the cat.).

Davis, Darnton and dozens of like-minded historians thus brought to light past lives that traditional historians overlooked. They portrayed those who, instead of making history, are made to endure it, fated to live with failed harvests and unfailing taxes, unlimited obligations to their superiors and all-too-limited opportunities to join their ranks. But thanks to moments like Mardi Gras and traditions like carnival (saying “farewell to flesh” before Lent), those who suffered this world, if only for a day, could turn it inside out. They did so quite literally at times, holding their missals upside down and marching backwards in processions, while fools held feasts and priests spouted nonsense (though hardly distinguishable from the usual Latin for the vast majority of European churchgoers).

As European Jewry reminds us, however, such activities came at a cost. In the carnival at Rome, scantily-clad Jews were forced to run through the streets of the city. Most often, though, they were forced to remain shuttered in their dwellings during the festivities which they were taxed to support. This was for the best, since in 1539, the depiction of Jesus’s suffering in the traditional passion play was so persuasive that enraged Romans ran through the streets, murdering the Jews they encountered. This year’s carnival in the Belgium town of Aalst, with participants wearing hooked-noses and waving bags of money, while others were garbed as Nazis, reminds us that some carnies still find antisemitism irresistible.

The early modern carnival of Rome, not to mention similar incidents of violence in Paris, Montpellier and dozens of other towns and cities, hobbles the interpretation that carnivals acted like safety valves, allowing commoners to safely vent their spleen by upending the world for a day. Yet other historians argue that carnivals paradoxically reminded its participants of the importance of the world right-side up. Finally, there are historians like Davis who suggest that carnivals allowed not just the blowing off of steam, but also the budging of society towards necessary change. At times, satire not only ridiculed but also modeled a new world. In Germany, for example, bawdy portrayals of the pope probably did as much as Luther’s polemics to damage the papal brand.

It does not require a great leap of historical imagination to see how the early modern carnival connects to our current post-modern carnival. In part, Trump swept to victory with the support of those Americans who long found themselves either ignored or scorned by the traditional political parties. Thanks to their all-too-dismal reality, these Americans were drawn to the carnivalesque atmosphere of the 2016 and 2020 campaign rallies. Following Trump’s lead, they embraced le monde à l’envers — an alternative reality where truths were lies, immigrants were rapists, masks were useless, science was elitist, fine people were on both sides in Charlottesville and, yes, Jews waved bags of money.

According to the calendar, the carnival should have ended after last month’s election. When it persisted, members of the GOP establishment insisted their lord of misrule needed a bit more time. In effect, by pleading that Trump and his base needed to blow off steam, these same establishment figures turned to the safety valve interpretation. After four years, though, carnival time takes on the allure of standard time. It is as if the temptation simply to saw off the valve is too great. As Bakhtin wrote about early modern carnivals, they were not just a “spectacle seen by the people; they live in it, and everyone participates because the very idea embraces all the people. While carnival lasts, there is no other life outside it. During carnival time, life is subject only to its laws, that is, the laws of its own freedom.”

Remarkably, public life not only remains subject to these laws even now, but the odds are good that these laws will remain operative well after January 20. But we can hope for something even more remarkable after that date: that the world (finally) right-side up will acknowledge the existence of those whose material lot has worsened over the years and will (finally) act upon this knowledge in order to make the right-side world a bit righter.

With huckster Trump in charge, the carnival goes on — and on and on