On their first Noel at home, more interfaith families are trying out trees and stockings 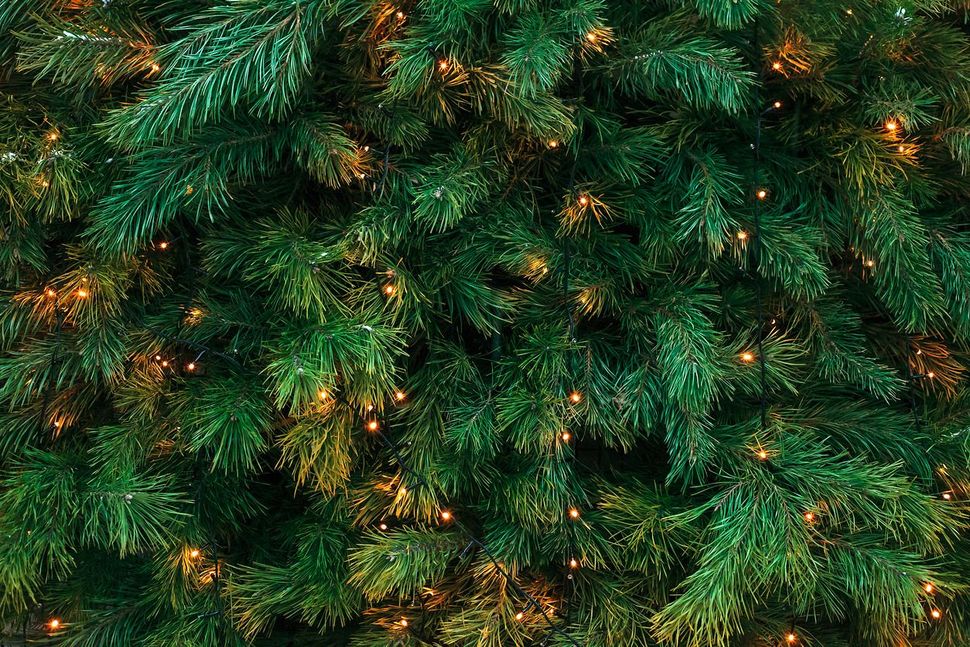 Judging by the current contents of her apartment, Lauren Schreiber Sasaki is a woman who loves nothing more than celebrating Christmas at home.

On the mantel, a “Merry Christmas” garland hangs beneath a large collection of menorahs. An advent calendar shares a wall with several Magen David ornaments. Atop the coffee table stands the pièce de rèsistance: a miniature Christmas tree, laden with ornaments and stationed next to a candle that smells like “Jewish Christmas.” (Buttered popcorn with notes of Chinese takeout, if you were wondering.)

In fact, this is all new for Schreiber Sasaki, 36, who runs Jewish&, a program for interfaith families at Toronto’s Miles Nadal Jewish Community Center. Since childhood, she’s felt a little resentful of the onslaught of enforced cheer that comes with Christmas. Now, as one-half of an interfaith couple and the mother of two young children, she worries that the “shiny, sparkly, sugary” nature of Christmas celebrations overshadows poor old Hanukkah. Normally, Schreiber Sasaki carves out separate spaces for these two traditions, celebrating Christmas with her husband’s family and observing Jewish holidays at home.

But when the coronavirus pandemic scuttled the family’s travel plans, Schreiber Sasaki threw herself into holiday preparations, from decorating the house and hanging stockings to recreating her mother-in-law’s signature seasonal cocktail: a gin and tonic topped with red and green cherries.

“I’m packing up menorahs and candles and I’m ready to go full steam into Christmas,” she said when reached by phone. “That’s something I wouldn’t usually do, and if I did I would feel weird and conflicted. But my attitude has just shifted.” 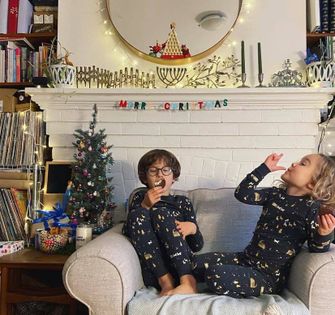 The Schreiber Sasaki clan is just one of many interfaith families who normally celebrate non-Jewish holidays with relatives, while emphasizing Jewish traditions in their own home. In a holiday season unlike any other, that balancing act just isn’t feasible. Facing a choice between bringing Christmas into their Jewish homes or doing away with it altogether, many families are choosing the former.

“I’m negotiating with myself,” said Sarah Livingston, 39, the executive director of Hillel at the University of Ohio, who is also preparing for her first Christmas at home. “What am I willing to bring in that I haven’t before?”

Christmas celebrations in Jewish homes are anything but new. A 2013 survey conducted by InterfaithFamily (which now operates under the name 18Doors) found that 86 percent of interfaith couples raising Jewish children celebrate Christmas in some form. Of the respondents, 56 percent reported decorating Christmas trees at home.

Jodi Bromberg, chief executive of 18Doors, is part of one such family. She said that putting up a Christmas tree is an important tribute to her non-Jewish spouse that has little impact on her children’s Judaism.

Even for those who eschew Christmas trees of their own, Bromberg noted, the holiday can still be “evocative of memories and love and extended family coming together.” In a year when many people have gone without seeing extended family altogether, Christmas traditions can feel especially poignant and important to preserve.

But, Bromberg said, changing long-established patterns comes with a lot of questions, such as: “Are we having a Christmas tree where maybe we didn’t have Christmas trees before?” “Is Santa coming, where maybe Santa didn’t come to our house before?”

Livingston confronted those questions when it became clear she wouldn’t be spending Christmas with her husband’s Italian Catholic family. While Santa is most certainly not going to make an appearance, she’s leaning wholeheartedly into some Christmas traditions she would normally avoid.

While the couple usually put up a small tree, this year they turned a minor concession to Christmas spirit into a family field trip. Livingston and her husband took their two young sons to cut down their own Christmas tree, and encouraged them to make paper chains and decorate their own ornaments. 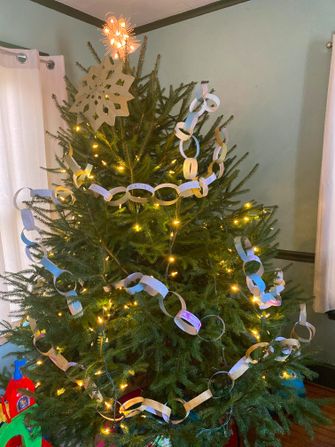 And instead of visiting family for the Feast of the Seven Fishes (an Italian Christmas Eve tradition that involves exactly as many seafood dishes as you’d think), they’re planning their own banquet. For weeks, Livingston said, her husband has been planning a menu that includes scallops, lobster mac-and-cheese and (of course) lox.

“This year, I was on a mission to give my husband the Christmas that would fill his cup up,” Livingston said. “I just want him to feel really loved, because this year is really hard.”

Others have taken advantage of Christmas at home to experiment with traditions that once felt taboo.

Jessica Greenberg, 44, always felt a little wistful when she passed Yuletide displays of holly and pine cones near her Toronto apartment. So when she realized she’d be home for the holidays, the decision to go all-out was an “automatic” one, she said.

“It’s been totally fun,” said Greenberg who, alongside her daughters, decorated her own Christmas tree for the first time, garnishing its branches with snowflakes and a menorah ornament created for the occasion by a crafty friend. 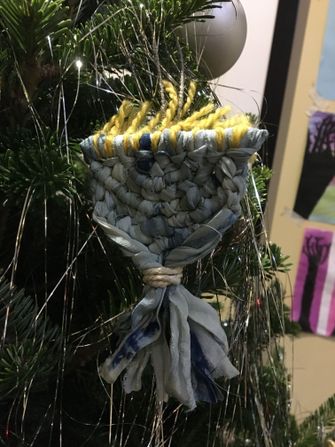 What’s more, she said, the process chipped away at the “guilt” she’d felt for coveting Christmas decor. No longer does she feel “less Jewish” just because “there’s some pine boughs on my porch.”

For Schreiber Sasaki, the chance to support a husband who celebrates Jewish holidays year-round made Christmas more satisfying than she anticipated. Ahead of the holiday, she scoured eBay for a replica of her mother-in-law’s oldest ornament, a paper snowflake that has come to represent the lively visits her family is forgoing this year. After decorating the Christmas tree, her children presented it to their father as a final surprise.

“He was really moved, and I was so excited,” Schreiber Sasaki said. “I could do this for my person, who is the best latke-maker and the best matzo-ball maker, and who has gone out of his way to learn blessings and songs and recipes. We could surprise him with this small, meaningful thing.”

Bromberg said that these new merrymakers mark the expansion of a pre-existing trend, rather than a major shift in interfaith observance. But an uptick in at-home celebrations may help erode longstanding stigma against interfaith revels. Rabbi Yohanna Kinberg, who leads Congregation Kol Ami in Kirkland, Washington, said that many of her interfaith congregants were once reluctant to own up to their Christmas trees. This year, people are posting unabashedly about decorations.

Livingston concurred. She hopes her hodgepodge of Jewish and Italian traditions will show her students, many of whom come from interfaith families, that it’s perfectly possible to maintain a strong Jewish identity while enthusiastically decorating a Christmas tree with sparkly paper chains.

“It’s really important that I model behavior my students can see reflected in their current lives, or their future lives,” she said.

Even when families are able to reunite for the holidays, some pandemic-era traditions may stick around. Next year, Greenberg predicted, her daughters will probably want a tree, and she’ll probably let them have it.

“Now that we’ve crossed the threshold, it seems ridiculous to say ‘No, we can no longer have pine cones and birch boughs on our porch, because it’s not the pandemic,’” she said.

On their first Noel at home, more interfaith families are trying out trees and stockings