How a Jewish quip got me banned from Facebook on Christmas 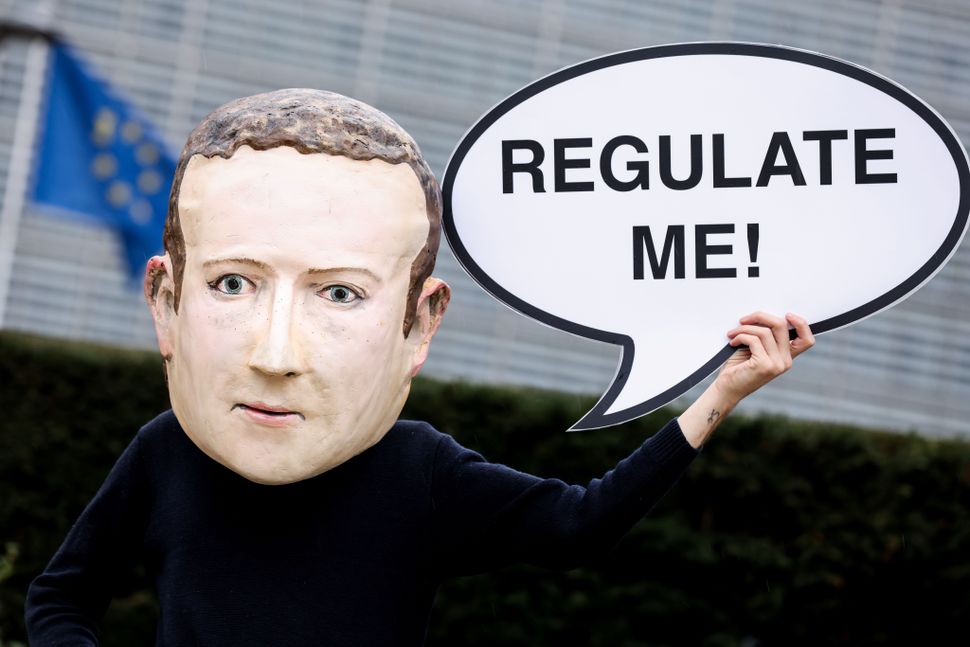 I spent Christmas in Facebook jail. It was lonely and I couldn’t talk to anyone except for my family who was sitting next to me on the couch. I spent most of this hard time in a reclining chair watching “WonderWoman84” (added punishment), “Top Chef” episodes, and other offerings, so perhaps it was not as harsh as it could have been, but still I wasn’t able to even “like” any of my friends’ cute photos of their families in matching PJs or post a snarky comment in a friend’s debate about whether or not “Die Hard” was really a Christmas movie. I was like Papillon only in New Jersey.

What landed me in the social media hoosegow? A friend had posted a pic of their family eating Chinese food on Christmas and seemed to imply that they had gone to great lengths to maintain this Hebraic tradition. I chimed in with the following: “Well, we went all the way to Hackensack for dim sum – crazy Jews!”

A little while later, the somber overlords at Facebook had deemed my little post to be “hate speech” and banned me for 24 hours. Every time I tried to comment I got a FB pop-up explaining that I’d been suspended and that I could no longer be part of their little club until my punishment was over.

Perhaps it was flagged by a overworked, over-woke millennial who didn’t think it was right for me to marry a pseudo-psychological term “crazy” with a proud declaration of my identity? Were they trying to teach me a lesson by denying me the opportunity to post modestly sincere happy birthday wishes to my FB friends with Dec. 26 birthdays? Were they telling me in a roundabout way to think better of my birthright as one of the chosen people?

Couldn’t they have just sent me a question asking if I really meant to so harshly accuse Jews of having a mental disorder merely for wanting to venture to Hackensack, New Jersey, for dim sum from a mall restaurant?

If only Facebook had sent me a missive inquiring as to my motivations, I feel like I could have cleared things up and been able to get back to sharing FB memories from Christmas Day 2013, 2015, or any other year since I joined. However, you can’t complain to anyone at Facebook or reason with them or explain self-deprecating humor to them. You can click a button that says you disagree with their assessment and hope to hear back from them soon. Good luck with that.

Meanwhile, posts kept flooding into my feed about movies, Chinese food, and lots of shots of families quarantining this year paired with pics of their bigger get togethers of yore. I sat there impotently watching others rail against the politics of the moment while I could only press my nose against my phone’s Facebook window and keep my quips to myself.

There’s no posting bail in Facebook jail. I couldn’t even post about being in Facebook jail. I guess I could have asked my wife to write something on my wall announcing my brief hiatus due to restrictions on my free speech. I could have asked her to start a petition demanding Facebook release me. She could rally my 2,860 FB friends to all post the same exact message as mine essentially daring Zuckerberg’s stormtroopers to lock us all up – but only to unleash all of THEIR friends to further the disruption and so on and so on until these maniacal moderators are brought to their knees and understand that they should “lighten up a little.” We would have struck a blow for off-handed, self-deprecating asides! Take that overly sensitive algorithms!

Alas, my wife wasn’t as into this fantasy as I was. She might have suggested I put down the ice cream and start a hunger strike. Yeah, right.

I ended up watching some re-runs of “NYPD Blue” on Hulu and going to bed at a more reasonable hour than normal. Well, the new normal.

Twenty-four hours later, I was free. I inhaled the smell of independence, knelt down and kissed the rug we recently purchased on Wayfair, and vowed to be more careful in the future to avoid offending the thin-skinned judges of Facebook. I could feel the freedom coursing through my veins as I was finally able to post about my teens’ growing addiction to “Animal Crossing.”

Gary Rudoren is the co-author of the McSweeney’s humor bible, “Comedy by the Numbers.” (He is also married to the Forward’s Editor-in-Chief, Jodi Rudoren.)

How a Jewish quip got me banned from Facebook on Christmas