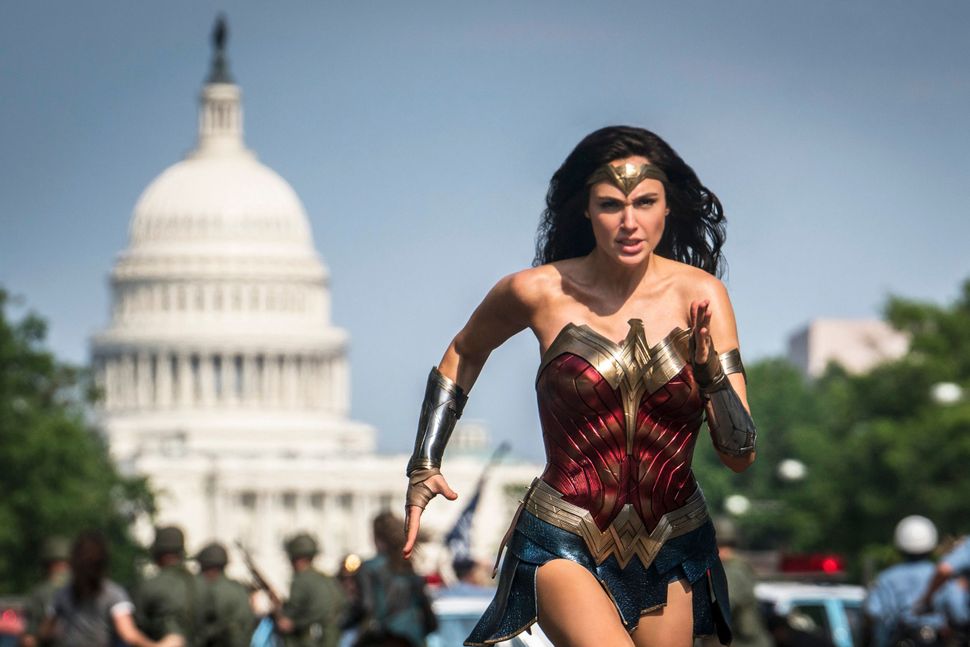 The obvious reasons are that it gave the moviemakers a chance to indulge in the same sort of 1980’s nostalgia seen in the television series, “Stranger Things.” It also allows its creators to revisit the Cold War and the end of Ronald Reagan’s first term as president while also invoking the title of George Orwell’s famous novel.

According to its director, Patty Jenkins, none of those things mattered. “I grew up in the ’80s, and this has its own look and feel,” she told an interviewer. “The reason I am excited is it showed mankind at its best and worst…To have Wonder Woman in that period of time that was us at our most extreme, is wonderful.”

But 1984 is so specific it makes you wonder why she chose it. And why not any of the other nine years in that decade?

I believe I have the answer.

It is because 1984 was the year that “Revenge of the Nerds” was released. The teen sex comedy directed by Jeff Kanew is the classic underdog story where a group of nerds try to stop being harassed by the jock fraternity, the Alpha Betas, and its sister sorority, Pi Delta Pi.

Led by Lews Skolnick (Robert Carradine), the Nerds rise up and seize control of a college from the jocks and their allies. Benjamin Nugent has described Skolnick as “the Lenin of the great uprising (Bronstein/Trotsky might be a better analogy)” who “to all intents and purposes [is] a nineteenth-century postcard Jew: clumsy, limp-wristed, helpless in physical combat, with a big nose, glasses, and a toothy smile.”

Even though, like Skolnick, many of the Nerds can be read as Jewish, they really stand in for any oppressed group.

What does this have to do with “Wonder Woman?” Well, most of the movie works as a form of wish fulfilment for two Nerds in particular — Max Lord (Pedro Pascal) and Dr. Barbara Minerva (Kristen Wiig). Neither is Jewish but both belong to oppressed groups.

Minerva is presented as a bumbling academic who wears glasses and stumbles around in heels. Despite her doctorate, she is presented as insignificant. In stereotypical Nerd fashion, Barbara’s biggest wish is to be the opposite of what she is. In her words, i.e. “strong, sexy, cool, special” like her colleague Diana Prince aka Wonder Woman (Gal Gadot). Her wish is granted when she touches a magical gem called the Dreamstone. Suddenly, she no longer needs her glasses (this is how we know Diana isn’t a Nerd by the way) and people begin to notice her. She becomes physically stronger, faster, more confident, more assertive and most importantly, able to walk in heels. Eventually she morphs into an “apex predator” known as Cheetah.

For his part, Max Lord is an oil baron manque. Like Bernie Madoff, he runs a giant but failing Ponzi scheme. He is a media persona with a terrible dye job (sound familiar?) — until he touches the Dreamstone. For the rest of the movie, he is the villain who becomes increasingly power hungry and megalomaniacal, sowing discord and disharmony around the world, as he grants endless wishes to everyone he touches.

By the end, though, it is revealed that he, too, is a Nerd.

In flashback, we see him as a young, impoverished, immigrant child with an abusive father. His business venture, Black Gold, is his attempt to escape the poverty of his origins. He is a man who has hidden his roots literally by dying his hair.

But in this rerun of “Revenge of the Nerds,” the Nerds do not win. Their uprising fails as they are battled and bested by the beautiful people, the jocks, in the form of Diana Prince and her boyfriend, Steve Trevor (Chris Pine). While the message of the movie is that power has its price in the form of the loss of humanity, the defeat of the Nerds does leave one with a bitter taste in one’s mouth.