Long after the Kindertransport, the trauma remained 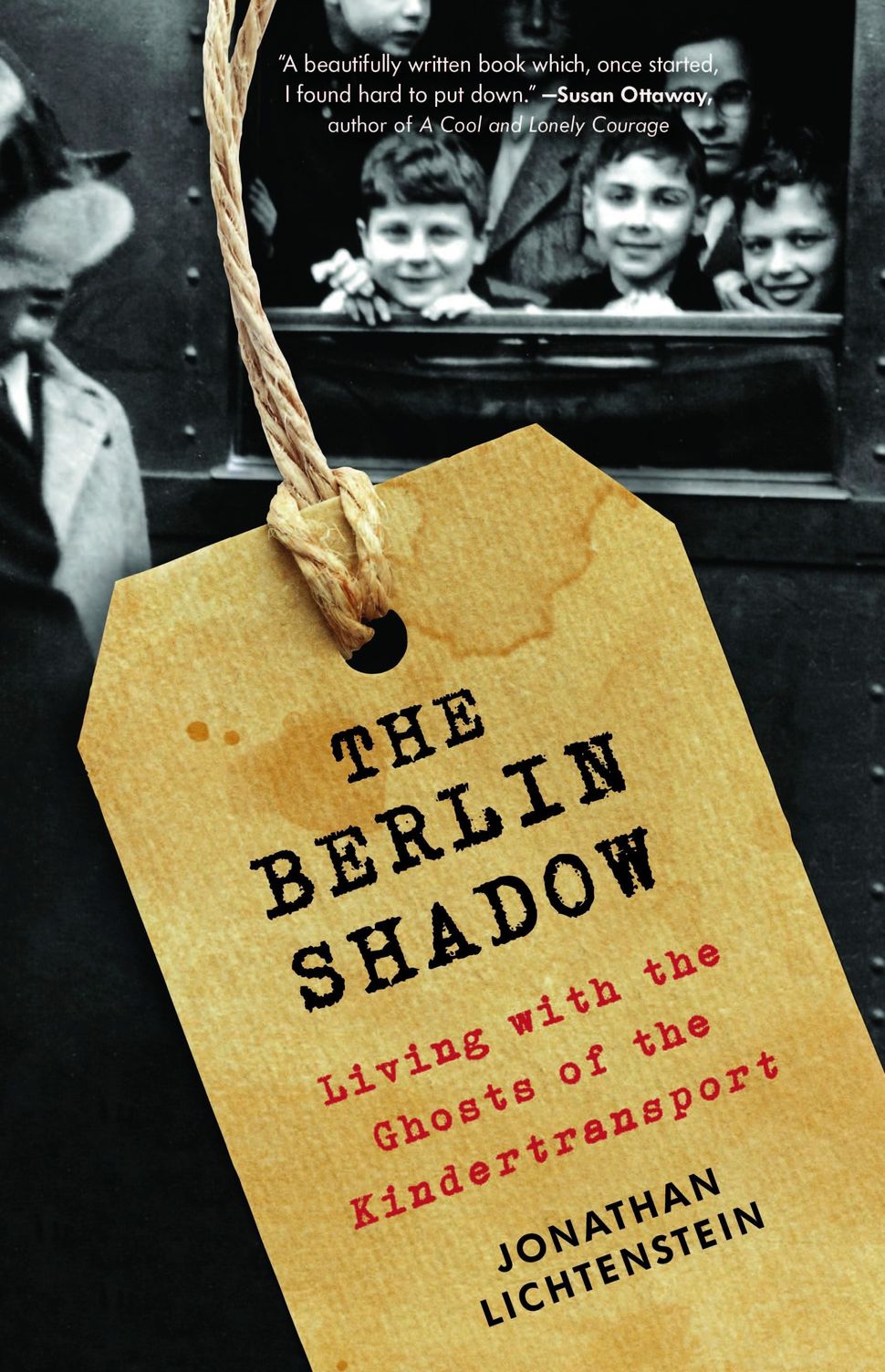 The Berlin Shadow By Little Brown

The Berlin Shadow: Living with the Ghosts of the Kindertransport

Destroyed and divided, then rebuilt and reunified, Berlin is at once defiantly modern and haunted by history. In Jonathan Lichtenstein’s memoir, “The Berlin Shadow,” the city’s ghosts are even more present and powerful in its cafés and streets than in its museums and memorials.

A playwright and professor of drama at the University of Essex, Lichtenstein travels with his father, Hans, to Berlin from rural Wales, reversing the route of the Kindertransport that both saved and scarred Hans’s life. Their pilgrimage, with its inevitable challenges and epiphanies, provides the book’s narrative spine. The son’s account of the journey is laced with snippets of crotchety, often comical, father-son dialogue, illustrated by photographs, and bracketed by Lichtenstein’s memories of his childhood. The German writer W.G. Sebald, whom he cites, is an obvious influence.

A gifted stylist, Lichtenstein favors incantatory lists that gesture at poetry. When his father agrees to the journey, he writes: “I will walk the pavements with him. Together we will breathe the air of the city that ripples its past through his daily life and the corners of his children’s lives, the rivulets of its history draining into us, the gutters carrying the rain and wash of its streets, its twisted papers, its yellowed stars, its broken glass, its ash, his father’s grave.”

In 1939, at age 12, Hans Lichtenstein was among the thousands of Jewish children in Germany and other European countries who took trains away from grieving but relieved parents to the relative safety of prewar Britain.

The memoir’s literary polish garbs its rough-hewn candor. Lichtenstein can be unsparing. He depicts his father as an emotionally stoppered man, cut off from his personal history and prone to risk-taking – including reckless driving and sailing — that endangers his family. Lichtenstein reveals his own struggles with depression and his idiosyncrasies, including a weird predilection for prostrating himself on the ground and kissing unsanitary surfaces.

In 1939, at age 12, Hans Lichtenstein was among the thousands of Jewish children in Germany and other European countries who took trains away from grieving but relieved parents to the relative safety of prewar Britain. The organized rescue effort (from 1938 to 1940) spared these children from the Holocaust. But it also severed them from their families and their roots.

“The Berlin Shadow” argues that the resulting traumas constituted a devastating inheritance, rippling through the next generation. The Lichtenstein family inhabited “an unknown, inexplicable world full of silences and unspoken loss,” and his father’s history is “the dark ghost inside me,” the son writes.

Over time, Lichtenstein realized that the Kindertransport “had come to dominate my life too – through my endless and repetitive cycles of a brooding need to be away from all people; an occasional, vivid and saturating experience of elation; a propensity for a violent and unsettling anger; and extreme productivity followed by months of a gray, undifferentiated torpor as well as a bleakness so frightening at times I did not want to remain alive.” 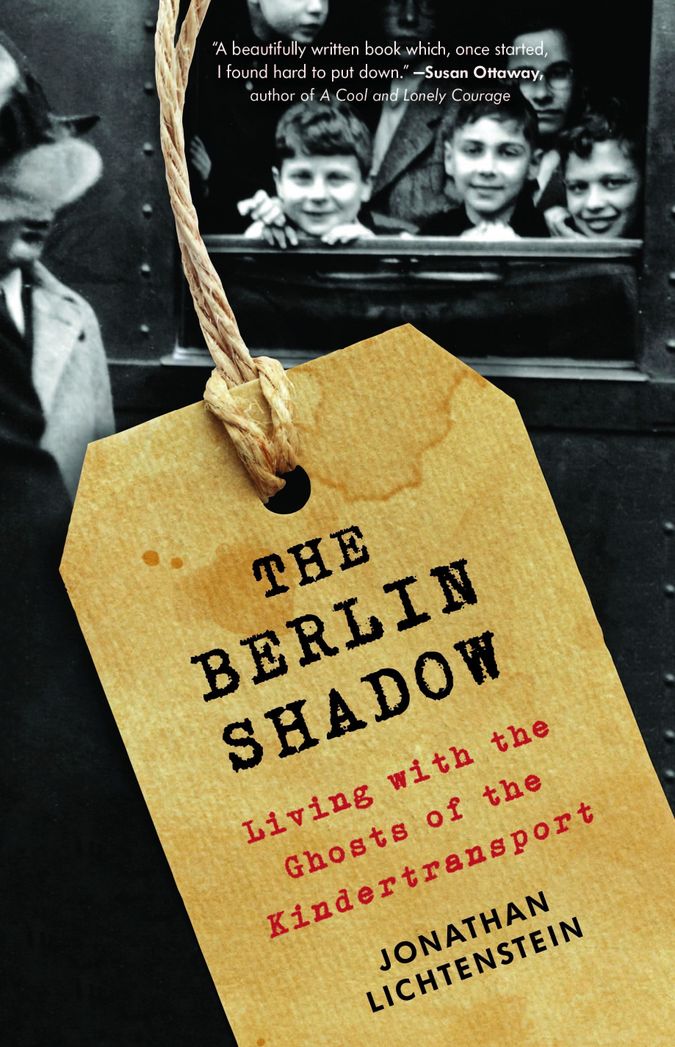 The Berlin Shadow By Little Brown

A successful physician with philanthropic impulses, Hans Lichtenstein is no one’s notion of an ideal father. He can seem uncaring, even violent. In one terrifying scene, he tosses young Jonathan, who had pushed a playmate into a pool, into the water, shocking, injuring and almost drowning him. The incident breaks Lichtenstein’s trust in the world; “a part of me was fractured,” he writes.

The lesson Hans was trying to teach was a manifestation of love, however crude. He himself has survived by growing tough, by distancing. He rarely talks about either his Berlin childhood or his early years in Britain, where an unknown benefactor paid his boarding school fees.

His family history contains a specific darkness: His father, maternal grandfather, and an uncle are all suicides, the result of a collision of genetics and circumstance, another manifestation of intergenerational trauma. He also lost cousins to the Nazi death camps.

But he was fortunate, too, as he points out. His sister Toni survived in the Netherlands and settled in Israel. After the war, she visits him once, for two weeks, in Wales. Hans’s mother is saved when a German Christian man agrees to swear that she is his illegitimate daughter. She ends up in East Berlin, and mother and son exchange a handful of postwar visits. Hans is no sentimentalist.

But when one of his sons dies in a helicopter crash, something shifts. Beset by age and illness, he finally summons the courage to retrace the path of the Kindertransport and face his demons. For years, Lichtenstein writes, “the fragility of our awkward and distant relationship had made the arrangement of such a journey impossible.” His father, he writes, “drives intimacy away with his perpetual undermining criticism.” Now theirs will be a journey into ghostly territory, but also toward a tentative truce.

Gradually, spurred by familiar landmarks, the father begins to open up about his past. He remembers his mother telling him he was just “going away for a holiday,” when she put him on that fateful train. Traversing Berlin, he revisits the haunts of his youth, eats the food he once loved, and finally locates his father’s grave.

At the storied Hackescher Hof café, the past becomes tangible, alive. “All the dead I know are swirling around me,” Lichtenstein writes, and all the café’s customers seem to “teem into the room, with their furs and their police uniforms, their swastikas, their East German suits, their tattoos and pierced lips, their kipot, their wigs.”

There, Lichtenstein, hearing his father discuss their family, has another epiphany. He had felt hate, “like a dark stone,” for the father who had terrorized him in his youth. Now, suddenly, he sees “a man so courageous it takes my breath away” – someone who had “looked into the abyss, leapt and jumped high enough to find the land on the other side.”

Long after the Kindertransport, the trauma remained