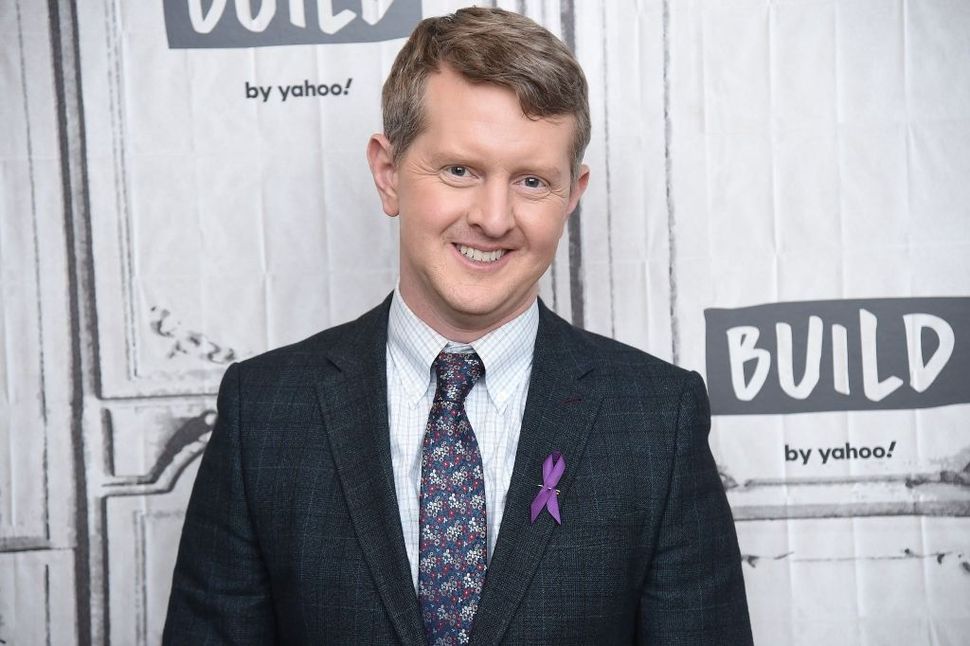 Would you let your daughter spend six hours figuring out how to operate a can opener so she could eat baked beans, without helping her? And would you consider someone who did this an abusive parent?

This was the topic of this weekend’s Twitter kerfuffle, now trending as “Bean Dad.” John Roderick tweeted about his daughter’s struggle with the aforementioned can of beans in the name of teaching grit and perseverance and Twitter slammed him, particularly after he declared the two of them wouldn’t eat until she figured it out.

It seemed particularly absurd, even as Twitter drama goes, but — as so often happens with internet trolls — it turns out that Bean Dad has made some antisemitic Tweets. Still, it’s no great loss to me to learn that someone I didn’t know existed 48 hours ago is maybe not a great guy.

But then, Ken Jennings jumped in.

It turns out the wholesome trivia man hosts a podcast with Roderick called Omnibus, where they chat about notable and not-so-notable historical events.

Jennings defended his cohost as a “loving and attentive dad” and scolded Twitter for being “so dumb.” Twitter users clapped back with screenshots of Bean Dad tweeting a wide range of homophobic, racist and other slurs (Roderick has since deleted his Twitter).

The antisemitic tweets run the gamut from tasteless jokes to seemingly serious statements about “activist (Jew) judges.” (Roderick has since posted an and posted an [apology](http://www.johnroderick.com/an-apology in which he reiterates that these tweets were meant to be “ironic, sarcastic,” but that he now sees the problem with this kind of language and humor.)

You mean this? (There are others, too) pic.twitter.com/BecUUicDIO

Unfortunately, even in the face of the evidence, Jennings doubled down on his defense. Roderick isn’t antisemitic, he said, because he is “always the pro-Israel one!”

If we’re word-searching through old tweets now, it’s pretty easy to find what he actually thinks about anti-Semitism. On our show he’s always the pro-Israel one!

I love “Jeopardy,” and Jennings seemed to be one of those magical people who manage to sidestep the corrupting influence of the internet. So I was sad to see him not only lose his innocent sheen, but double down on his defense of Roderick’s antisemitic tweets, adding later that “there’s no axis where any antisemitic screenshot represents any actual opinion I’ve ever heard from him.” As though anything that happened out of Jennings’ earshot simply doesn’t exist.

It turns out that this is not an isolated incident; Jennings apologized for some ableist Tweets only a few days prior to the current hubbub.

But most damning is the podcast. It sounds almost whimsical in concept, yet the episode I tried featured Roderick and Jennings ragging on millennials and the 90s at large, declaring them both devoid of culture (their generation, Gen X, meanwhile, is a one for which I — a millennial — cannot name a single defining trait).

For a show with such a fun, trivia-based concept, it was devoid of facts, fun or otherwise.

Roderick, who is a musician when he is not hosting multiple podcasts, is exactly who you’d imagine him to be: a white dude with a band who puts a lot of store in his own opinion. How else do you end up with multiple podcasts that are just you talking?

I’d thought Ken Jennings was different. He won 74 consecutive episodes of Jeopardy, after all. But it turns out knowing is not the same as understanding.