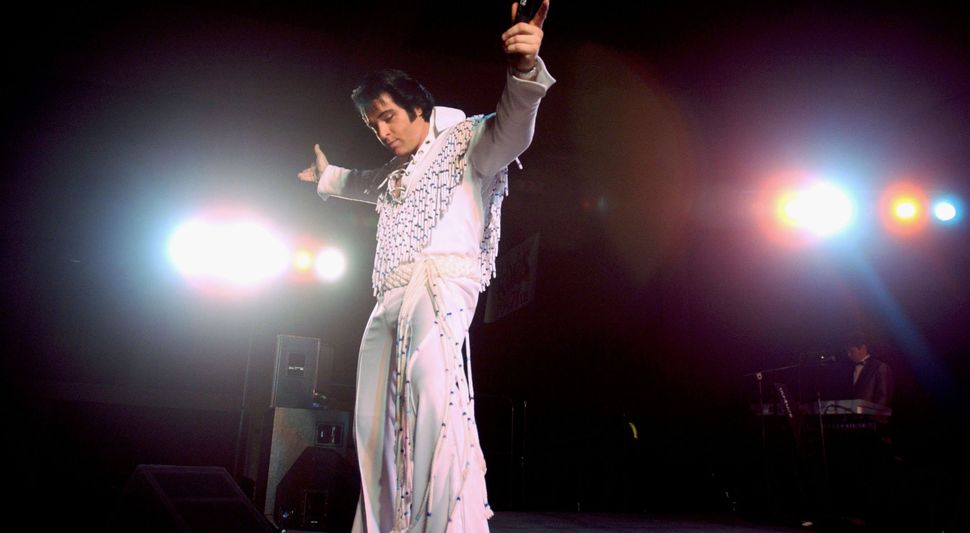 It is no secret that Elvis Presley had various Jewish affinities and connections throughout his life. As a teenager, for example, he lived downstairs from an Orthodox Jewish family for whom he would switch on lights on Saturdays. The so-called Memphis Mafia — his running gang of friends, helpers, and hangers-on — had a handful of Jewish members. He occasionally sported necklaces bearing the Star of David and the Hebrew word “chai” (meaning “life”).

But according to a new book — “The Jewish World of Elvis Presley” by Roselle Kline Chartock — Elvis’s Jewish connections were more than just a series of coincidences. Elvis, it turns out, was not merely passing through a “Jewish world” as an outsider but as a member of the tribe himself, one who could trace direct matrilineal descent back at least as far as his great-great grandmother. While all of these facts — and many more — have been revealed previously, Chartock is the first author to gather them into the pages of one book, to contextualize them historically and sociologically, and to add deeper understanding and nuance to Elvis’ Jewish life story based on information the author garnered from a half-dozen or so interviews she conducted with first-hand sources.

While he was still a boy, Presley’s mother, Gladys, told young Elvis about his Jewish great-great grandmother. Nancy Burdine, a Jewish immigrant from Lithuania, settled in Memphis in the 19th century and raised a family, including sons named Sidney and Jerome and a daughter named Martha. Martha had a daughter, Octavia, who gave birth to Gladys, who married Vernon Presley and who, in 1935, gave birth to twin boys, Jesse Garon and Elvis Aron (who as an adult would change the spelling of his middle name to the more conventional and Jewish-looking Aaron). Jesse was delivered stillborn, which would feed the strong emotional codependency between the overprotective Gladys and her surviving son, Elvis. 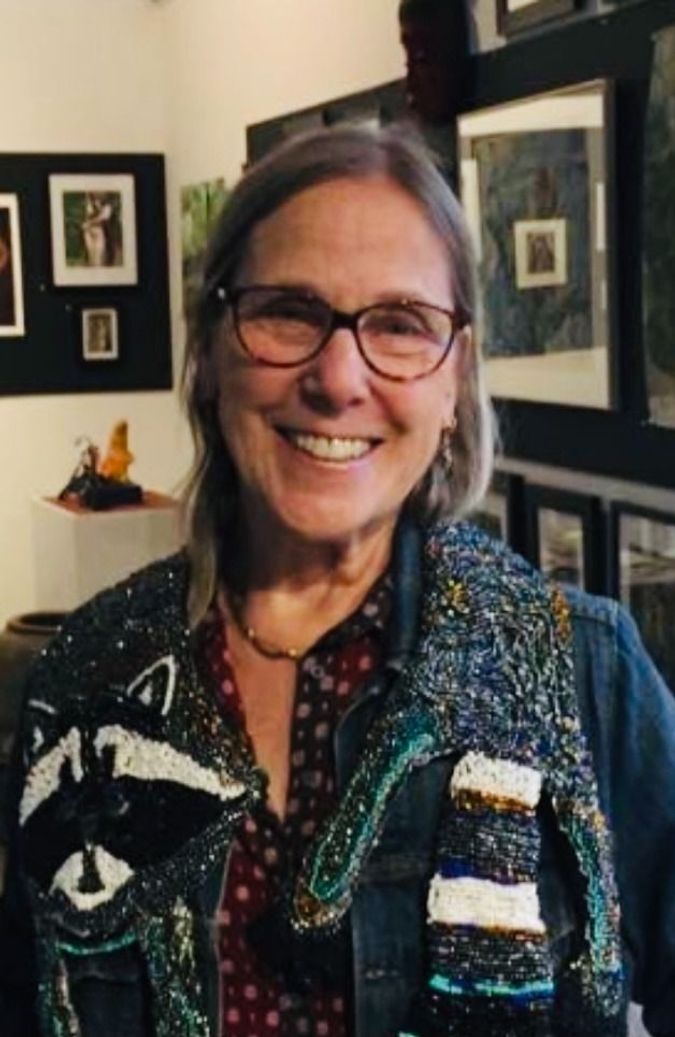 At the same time that Gladys told Elvis of his Jewish lineage, she also warned him to keep it to himself, because “some people don’t like Jews.” Among those to whom Gladys was referring was her husband, Elvis’s father Vernon, as well as to the members of the extended Presley clan, all of whom were Jew-haters. When Gladys died in 1958, at the young age of 46, when Elvis was only 23, Vernon Presley oversaw the design of her gravestone, including the image of a cross on an upper corner. A few years later, Elvis had a Star of David added to the opposite corner of her grave marker to balance out the cross and to acknowledge his mother’s Jewish heritage.

For a few short but crucial years, the Presleys lived on the first floor of a two-family house (owned by a kosher butcher named Dubrovner). Alfred and Jeannette Fruchter lived upstairs with their children. The families grew close despite their social and religious differences. Alfred Fruchter was the principal of a Jewish school and rabbi of the associated Orthodox congregation, and the family kept a kosher home. This did not stop Jeannette and Gladys from becoming close friends who enjoyed afternoon tea together nearly every day. The Presleys were invited to Shabbat dinner once a month, leading Elvis to develop a fondness for challah, carrot tzimmes, and matzo-ball soup. Elvis also learned what it meant to be shomer Shabbos and was always around to turn a light switch on or off for the Fruchters. Perhaps young Elvis was drawn to the Fruchters out of curiosity about his own heritage. Of course, had Rabbi Fruchter known of Presley’s Jewish origins, he never would have employed him as a Shabbos goy.

The Presleys were churchgoers, and Elvis’s sincere belief in Christian teachings seems also to have predisposed him to be fond of Jews. Chartock quotes Larry Geller — one of the Jewish members of the Memphis Mafia and the one who served as Elvis’s “spiritual advisor” — paraphrasing Presley thusly:

“Man, it used to confuse the hell outta me as a kid. In church all they talked about was how great all the Jews were, Abraham, Moses, Ezekiel, and all those other prophets. They were all Jewish. But outside of church, they would talk about ‘those damn Jews.’ They would put them down. I just couldn’t understand it.” 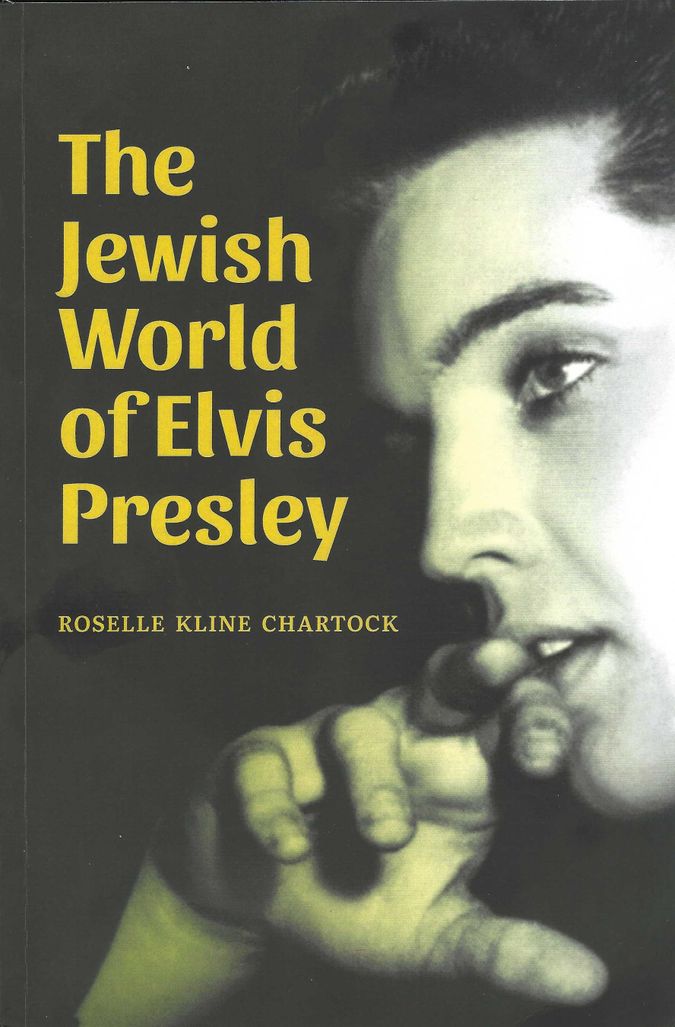 The Jewish World of Elvis Presley: Roselle Kline Chartock’s book adds deeper understanding and nuance to Elvis’ Jewish life story based on information the author garnered from a half-dozen or so interviews she conducted with first-hand sources. By McKinstry Place

When Elvis recorded his first single for Sun Records, “That’s All Right, Mama” (backed with a version of Bill Monroe’s “Blue Moon of Kentucky”), he had to borrow the Fruchters’ record player to hear his own recording. The Presleys did not have a telephone, either, so Elvis gave out the Fruchters’ number as his own, leaving them to field the torrent of congratulatory calls that followed in the wake of his hit single’s success. In 1957, at a pre-concert press conference in San Francisco, Elvis introduced Rabbi Fruchter — who by then led a congregation in Oakland — to a group of slack-jawed journalists as “my rabbi.”

Chartock paints a portrait of a downtown Memphis in the early-to-mid-1950s heavily populated by Jewish-owned businesses, featuring shops with names such as B. Lowenstein and Brothers, A. Schwab’s, Julius Lewis, and Goldsmith’s. Teenage Elvis was drawn downtown, particularly to Beale Street, by shops catering largely to a Black clientele, including Ruben Cherry’s record store and Lansky Brothers Clothiers. Presley established close relationships with Cherry and Bernard Lansky. Cherry fronted him enough cash to travel to his own early concerts. Lansky took pity on the poor boy gazing at the snazzy suits in the front window, brought him inside, dressed him, and soon cemented a relationship that would see him outfit Presley literally until the day after he died: the suit he was buried in, like all his stage outfits, was custom-designed for him by Lansky. Presley also struck up a lifelong association with the downtown jeweler Harry Levitch, who designed several custom pieces for Presley over the years, including a pendant bearing a cross, a Star of David, and the Hebrew word “chai,” and a wristwatch whose face flashed alternating images of a cross and a Mogen David.

Presley was a lifelong member of the Memphis JCC, to which he was given free admission while still a relatively poor youth. Presley never forgot the JCC when the annual fund drive rolled around, and when he was tapped for a $1,000 donation to the Memphis Jewish Welfare Fund, Presley surprised them with a check for $150,000.

The so-called Memphis Mafia that surrounded Elvis for most of his life was a mixture of friends, associates, employees, gofers, roadies, assistants, bodyguards, advance men, drivers and all-around “yes men.” They included relatives, high school friends, army buddies, and other characters, mostly from Memphis. About half of them were Jewish, including his oldest friend, George “GK” Klein, whom Elvis befriended in eighth grade. Others included Marty Lacker, Alan Fortas (nephew of Supreme Court Justice Abe Fortas), Larry Geller, and Patti Parry. Lamar Fike, another “Memphis mafioso,” was always hazy about his background; he was “sometimes Jewish, depending on what day it is,” said one of his cohort. Apparently Fike’s mother was a Jewish convert to Episcopalianism. Presley referred to Parry, the only female member of the fraternity, as “little sister,” but she described her role as “his Jewish mother,” even though he was older than she was.

The prevalence of Jewish songwriters among those supplying Presley with his hits is no great surprise. The 20th-century American hit parade was largely composed by Jewish songwriters. The mid-century Gershwins, Berlins, Harts, and Hammersteins became the Leibers and Stollers, the Aaron Schroeders, and the Mort Shumans of the rock and roll era. Among Presley’s top 10 songwriters — those who brought him the most chart success with their songs — were Wally Gold, Ben Weisman, Florence Kaye, Aaron Schroeder, and the songwriting duos of Mort Shuman & Doc Pomus and Jerry Leiber & Mike Stoller. The latter duo wrote six Top 10 hits for Presley, including “Hound Dog,” “Jailhouse Rock,” and “Don’t” (as well as supplying hits to the Drifters, the Coasters, the Clovers, Ben E. King, and dozens of others).

As to how much if any influence Jewish music had on these songwriters or on Presley — who heard a constant stream of cantorial music coming from Rabbi Fruchter’s record player upstairs — that has yet to be quantified. No one, including Chartock, seems to have made the case for a Jewish tinge to Presley’s signature sound. And the only known time that Presley sang a Jewish song, heard in this recording of him attempting a rendition of “Hava Nagila,”, simply proved that when it came to Jewish music, Elvis Presley was no John Lennon.

(Seth Rogovoy is a contributing editor at the Forward. He frequently mines popular culture for its hidden Jewish stories.