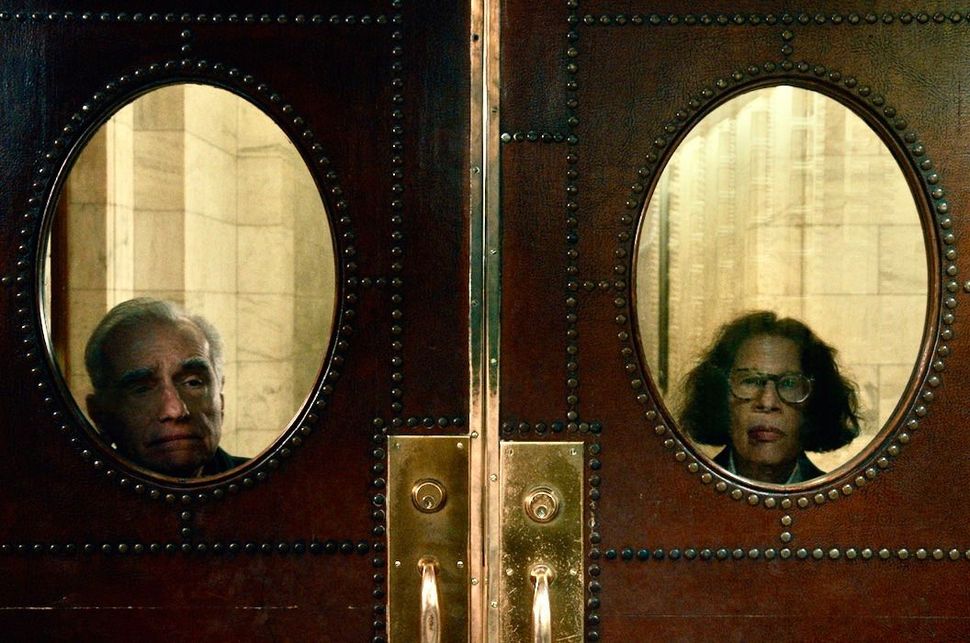 “Pretend it’s a city,” she likes to tell them, “where there are people who are not here just sightseeing.” It’s that plea that inspired “Pretend It’s a City,” a new Netflix docuseries that examines New York City through Lebowitz’s trademark tortoiseshell glasses.

Long before influencers conquered the online world, Lebowitz was hard at work branding herself as a “designated New Yorker,” a scrappy holdover from a cultural heyday that has now (in her telling) forever vanished. In interviews and public appearances, she has argued again and again that New York is a lot worse than it used to be, that it nevertheless remains one of the only acceptable places on the planet to live, and that we should feel nothing but contempt for those who “don’t have the guts” to do so.

Given those preoccupations, it’s odd that Lebowitz can’t stop talking about Times Square, a tourist Mecca that barely figures in the daily lives of most locals.

After several episodes of “Pretend It’s a City,” that preoccupation started to make sense. The series may be, as advertised, Lebowitz’s peculiar kind of love letter to New York — but her many disquisitions make it clear she’s not actually speaking to New Yorkers.

The author of two essay collections, “Metropolitan Life” and “Social Studies,” Lebowitz is famous for both evangelizing her chosen city and powerfully chronicling its vices. A persistent critic of gentrification in New York, she skewered former Mayor Michael Bloomberg for prioritizing hotels and tourism over housing. She was a witness to the AIDS epidemic, penning gutting articles about the tidal wave of death that engulfed her largely queer social circle. And though she’s often hailed as a trailblazer for women, she’s voiced prescient skepticism about “girlboss” feminism.

Little of that important commentary makes it into the eight shapeless episodes of “Pretend It’s a City.” Instead, the show is stitched together from tête-à-têtes between Lebowitz and the director Martin Scorsese, a longtime friend. Scorsese proves a devoted interlocutor, laughing dutifully at every anecdote and venturing few personal remarks besides an assertion that he never descends below 57th Street.

That means Lebowitz has free rein to complain: About subway trains that never come, about the difficulty of getting along with one’s dry cleaner, and especially about tourists and their various foibles. Some of the complaining takes place in a dim, wood-paneled bar (presumably somewhere above 57th Street), and some comes from past public appearances in which Lebowitz delights and discomfits crowds with quips that are sort of funny and sort of mean. (When one earnest young woman asks how she would “describe her lifestyle,” Lebowitz has a quick retort: “For one thing, I would never use the word ‘lifestyle.’”)

The litany of petty grievances makes for boring viewing. It also takes on an unsavory flavor in light of the affluence which, despite their humble origins, both Lebowitz and Scorsese now possess. Lebowitz often elides the distance between her days as a cabdriver living in an unheated studio and her current status as a household name, mingling descriptions of her gritty youth with gripes about uncouth behavior in hotel lobbies. It’s jarring to watch her and Scorsese congratulate each other on toughing out the city from within the upscale lair they so confidently inhabit.

Most ironically, “Pretend It’s a City.” ends up functioning as one of the tourist attractions Lebowitz professes to despise.

Bemoaning Times Square or the (admittedly very deficient) subway system, Lebowitz focuses on the city’s most recognizable, public-facing features, landmarks likely to charm or baffle visitors. By doing so, she allows her audience to partake of her carefully cultivated insider status — ultimately assuaging the feelings of inadequacy she herself arouses by dunking on those provincial enough to enjoy the infamous lawn chairs. (In one scene, as if to underline this point, footage of Lebowitz complaining about Times Square plays on an enormous screen in Times Square.) Though Lebowitz has devoted much of her energy to upholding a certain brand of New York snobbery, the appeal of “Pretend It’s a City” lies in its ability to make those who don’t “qualify” as New Yorkers feel like they’re in on the joke.

In her finer moments, Lebowitz’s insistence that New York is not what it was reminds us that this beautiful and deeply flawed city has the potential to change radically — that it could one day evolve into a better and more equal place, a place more hospitable to working people and less deferential to wealth. But “Pretend It’s a City” is not one of those moments. Watching it, I thought about all the other New Yorkers who are out there complaining: About the housing shortage, about evictions, about struggling small businesses, about police brutality, about public school funding, about food deserts.

Those people aren’t pretending New York is a city. They’re just living in it.