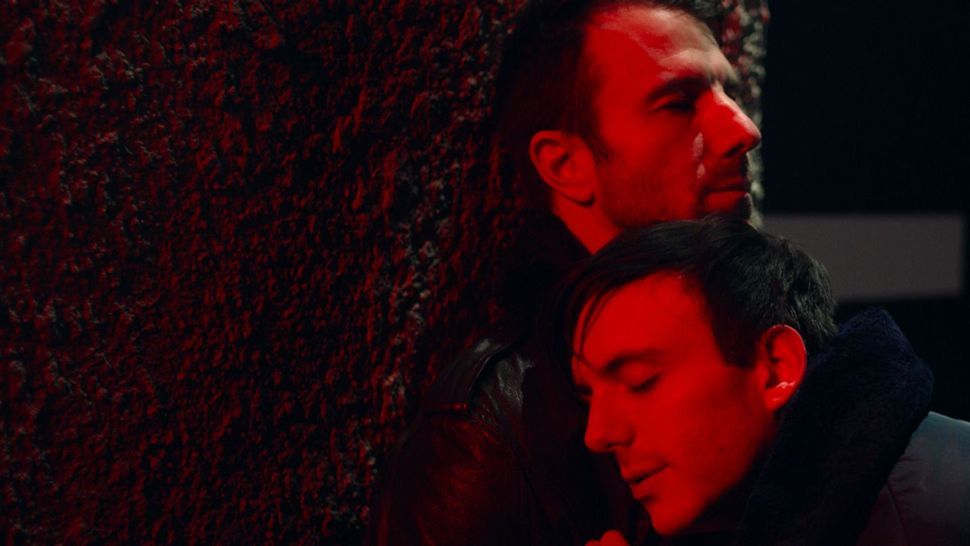 When “Minyan” debuted in late February 2020, you were probably hoarding toilet paper or stocking up on the wrong kind of canned goods. In other words, doing anything but paying attention to the latest in indie Jewish cinema.

That’s a shame. The film, which is getting something of a do-over at this year’s all-virtual New York Jewish Film Festival, follows a gay Jewish teen chafing against expectations in his 1980s Soviet émigré milueu. Visually enchanting and stubbornly enigmatic, “Minyan” elevates a slice of Jewish experience that rarely makes it onto the big screen — it deserves to be on everyone’s watchlist.

Based on a short story by the Canadian Jewish writer David Bezmozgis, “Minyan” opens in Brooklyn’s Brighton Beach, a neighborhood known for its Soviet Jewish population, with a tableau of old world piety: a family gathered in a fusty parlor to sit shiva for its matriarch. But the illusion of unity melts away faster than the words of the kaddish. While 17-year-old David (Samuel Levine) comforts his grandfather (Ron Rifkin), his mother (Brooke Bloom) bluntly speculates on her bereaved father’s exorbitant rent and the cheapest way to warehouse him.

Appalled by his mother’s ruthless pragmatism, David inadvertently helps Josef obtain a coveted spot in a rent-stabilized building populated by elderly Jews: The building’s manager runs an in-house shul, and he agrees to take Josef only when David commits to being the tenth man at Shabbat minyan. A dutiful doer of small chores, David quickly assimilates into the insular community, bonding especially with the idiosyncratic Herschel (Christopher McCann) and Itzik (Mark Margolis). A closeted couple whom the neighbors choose to view as “friends,” the men provide David a rare example of caring, tender masculinity, even as their careful charade also demonstrates the impossibility of being openly gay in Brighton Beach.

But parsing that relationship is far from David’s only preoccupation. Relentlessly bullied at his yeshiva, he breaks into his philandering father’s vodka stash to cope. While his friends chat up neighborhood girls, he’s meeting anonymous men in the library bathroom. A heady romance with the bartender at a gay club yields a sobering glimpse of the city’s exploding AIDS crisis.

As far as teenage preoccupations go, these are standard ones, and it would be easy for the film to slap David on a fast track to self-knowledge. But director Eric Steel, who makes his feature debut with “Minyan” after years of helming documentaries like “The Bridge,” resists the temptation to muscle the material of David’s life into a neat arc. Instead, the film’s wandering, almost diaristic structure lets events buffet David and then fade into the background, never quite revealing their full meaning. 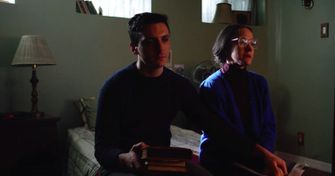 That aversion to pat narratives likewise informs the film’s approach to its ensemble of seniors. Most are Holocaust survivors, but Steel doesn’t compensate for the sufferings of their youth by endowing them with wisdom or prosperity in old age. Rather, he shows them making grievous mistakes as parents and dying unmourned in cramped apartments. Neither does survival ward off larger moral lapses. When Itzik dies, David is disgusted to see neighbors eyeing the apartment and edging Herschel out before shiva is over. Attributing their self-interested behavior to the crises they’ve weathered, Josef resolutely avoids the patronizing sanctification of survivors that characterizes so much mainstream Holocaust cinema.

Plucking at each of these threads in turn, “Minyan” provides a lush aesthetic experience, making of every unglamorous backdrop a specific, tangible realm. David operates in a world of plastic-covered couches and Brutalist public buildings glimmering with gray afternoon light. (Brighton Beach, apparently, didn’t see a single sunny day between 1986 and 1987.) At Shabbat services, fluorescent lights illuminate men reciting keening Hebrew prayers. Often ugly but always arresting, those visuals communicate the neighborhood’s emotional hold on David without ever romanticizing it.

Ultimately, it’s Levine, last seen as the lead in the Broadway show “The Inheritance,” who carries the film. At 25, he looks entirely too grown up to persuade us physically that he’s a teenager. But he inhabits the awkwardness of adolescence perfectly, rarely speaking and allowing his silences to magnify the petty and misdirected behavior of the adults around him. Without explanation, we know he’s urgently seeking examples to emulate, and rarely finding anything that satisfies.

“Minyan” only slips up when it strays too far from Levine’s manifest subtlety. The film’s climax hinges on some impassioned speeches that contrast jarringly with David’s established diffidence. Herschel’s fate is settled a little too quickly, and a campus brochure hints at a college-saves-everything future.

Those missteps depart from the film’s commitment to rendering ordinary life in its confounding inscrutability. Yet they don’t overshadow it. It’s a rare film that can propel us through a story without alerting us to the narrative devices at work. Letting David stumble uninterrupted toward adulthood, “Minyan” succeeds.