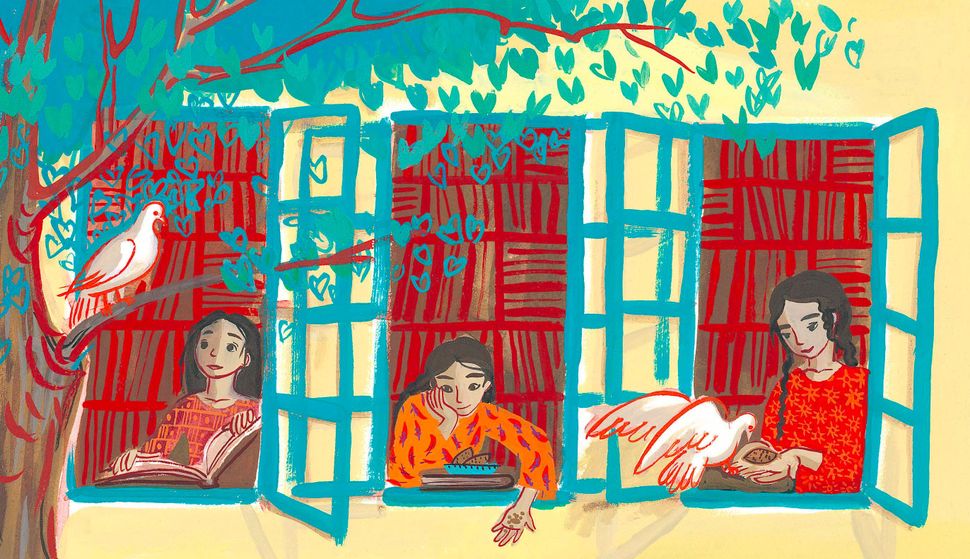 If you think female rabbis are a modern phenomenon, Sigal Samuel is here to change your mind — just like she changed hers.

Samuel grew up in an Orthodox community where the idea of female clergy was considered deeply untraditional. So when, deep in an “internet rabbit hole,” she stumbled on the story of the world’s first female rabbi, she was astonished to learn that this sage lived and worked in the 16th-century.

Born in 1590, Osnat Barzani grew up in Mosul, a city located in modern-day Iraq. Her father was the head of a large yeshiva, and he gave her a thorough education in Hebrew Scriptures. As an adult, Osnat established herself as a Torah scholar in her own right. The respect she enjoyed is evident from the fact that, when her father and husband died, leadership of the Mosul yeshiva fell to her.

A Vox staff writer (Disclosure: Samuel previously served as the Forward’s Opinion editor) and the author of several plays and the novel “The Mystics of Mile End,” Samuel now has a new notch in her belt: She’s the author of the first-ever book about the first-ever female rabbi. In “Osnat and Her Dove,” an understated children’s book richly illustrated by Vali Mintzi, Samuel gathers the details of Osnat’s life and chronicles the folk tales that sprung up around her.

The Forward’s Irene Katz Connelly reached Samuel at her Washington, D.C. home to talk about working through the pandemic and retrieving Osnat’s story from the annals of history.

The following interview has been edited and condensed for clarity.

Irene Katz Connelly: How do we know Osnat was a rabbi? Was she formally ordained? 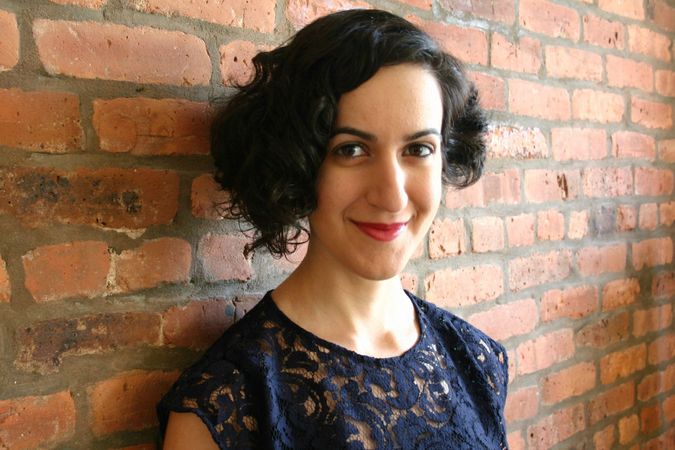 Sigal Samuel: The men at her yeshiva actually called her by the title tana’it, the female form of the title tana which is given only to the most respected rabbis. She did not have a formal smicha but she was widely recognized by her contemporaries as a rabbi. You can see that really explicitly in a letter one of her contemporaries, Rabbi Pinchas Hariri, sent where he calls her “my mother, my rabbi.” But even if we didn’t have a letter like that, just the fact that she was a rosh yeshiva tells you that she was recognized as a rabbi.

How did you first learn about Osnat?

I ran across Osnat’s story five years ago while doing research for a stage play called “Four Women Entered Paradise,” a modern retelling of an ancient Talmudic story about four male rabbis who entered paradise. So I was researching various Jewish women leaders in history, and one night I went deep into an internet rabbit hole and landed on a page about Osnat. There are actually no books about her, only a few isolated scholarly articles. Which is stunning. She didn’t make it into the play. But she ended up getting her own book because her story was so striking I thought it should stand alone.

If there weren’t many extant sources, what was the research process like?

I am lucky to be a fluent reader of Hebrew, which meant that I could read the few articles that have been written. I also relied on other sources for details about the historical setting where Osnat grew up. I consulted historians and ethnomusicologists to ask very specific questions, like “What instruments would have been played at a Kurdish Jewish wedding?”

And the other source of knowledge is my own Iraqi upbringing. My family on my dad’s side comes from Baghdad.

Did anything from your family background make it into the book?

It’s funny, just a few days ago I finally sent my dad the book to read. And he said, “You wrote your own autobiography.” He is a former professor of Kabbalah, and when I was a young girl he taught me Talmud. He was a lot like Osnat’s dad, always encouraging me and telling me I could do anything I put my mind to. Even though I was going to an orthodox school where the idea of a girl becoming a rabbi was totally taboo, my dad would say, “If you want to do that, you can.”

What was the most surprising thing you learned?

What is most surprising to a contemporary Jew is the fact that when Osnat grew up and took over as the head of the yeshiva in Mosul, it wasn’t controversial. Nobody freaked out. Nowadays, when you look at the movement of women entering the clergy in the Orthodox world, for example the women graduating from Yeshivat Maharat, it’s very controversial for them to want to be recognized as rabbis. You have a lot of the powers that be in the Orthodox world giving them a hard time. But by the time Osnat became the rosh yeshiva, she was already such a respected teacher that her gender wasn’t seen as an issue. I think that can be a good reminder for Jews today that this is actually part of our history. We don’t have to react as if it’s some kind of crazy thing for a woman to lead a spiritual community.

Having grown up on a diet of books about strong women, “Osnat and Her Dove” seems exceptional to me because it’s a story not so much of sexism or struggle but of a woman really flourishing in her field. Was that an intentional decision on your part?

I do think Osnat struggled in the sense that she was only able to become the head of the yeshiva after her father and her husband, who had previously held the position, died. But she had a super supportive father, a dad who was willing to see her as an equal to any of his male students, and that made a huge difference.

And she lived in the Kurdish community, where women enjoyed certain advantages. Not to say that they had perfectly equal rights in a 2021 sense, but Kurdish history contains a lot of examples of female leaders. So it’s not that shocking to me. If an Osnat Barzani was going to spring up anywhere, it makes sense to me that it would be in the Kurdish context. Relative to her European counterparts, she was very well-positioned to become a rabbi.

Many children’s books about forgotten historical figures are inspired by the stories authors wish had been available to them. Is that the case for you?

I grew up as a Mizrahi girl in an Orthodox community that was very much Ashkenazi-dominated. In my school library, in my synagogue, in all my educational settings, I didn’t encounter any stories about Mizrahi girls or women that were positive. It’s really important to have that kind of diversity. Especially in children’s books, because kids are just forming their perceptions of what it will be possible for them to be when they grow up.

When I was a kid, I had a secret dream of becoming a rabbi. But I assumed I couldn’t do that, because I almost never saw female rabbis. And even when I did, that woman never looked like me. The women rabbis I knew of almost exclusively looked very Ashkenazi. I think if I had had a book like this growing up, it honestly could have changed the course of my life.

Most of your writing is aimed at adults. What did you have to change while writing for kids?

I definitely had to keep in mind a different vocabulary than what I’m used to. But I am a firm believer that kids understand a lot more than we give them credit for. For example, in the scene when Osnat gets married, the text describes how the musicians “trumpeted on the zurna” and “drummed on the davul.” I didn’t need to explain what a zourna or davul is, even though kids have almost certainly never heard those words, because they’ll get it from the pictures. I didn’t even want to italicize those words, because I want to normalize them. A person in that culture, they’re not living their life in italics.

What has it been like to work on this book during the pandemic?

It’s been a strange process, but kind of therapeutic. Whenever I’m immersed in Osnat’s world, I’m very much removed from thinking about the coronavirus pandemic or political news or other stressful things happening in our current world.

Besides your various writing projects, have you developed any quarantine hobbies?

I have become one of those crazy birders who goes out with binoculars every weekend. It’s funny, because Osnat has this pet dove who follows her everywhere. In the legends, the dove would hoot whenever Osnat was in danger and didn’t know it. It would be pretty neat if I could have a bird like that. But so far, I just sneak up and look at them through my binoculars, and am generally just a big nerd about it.