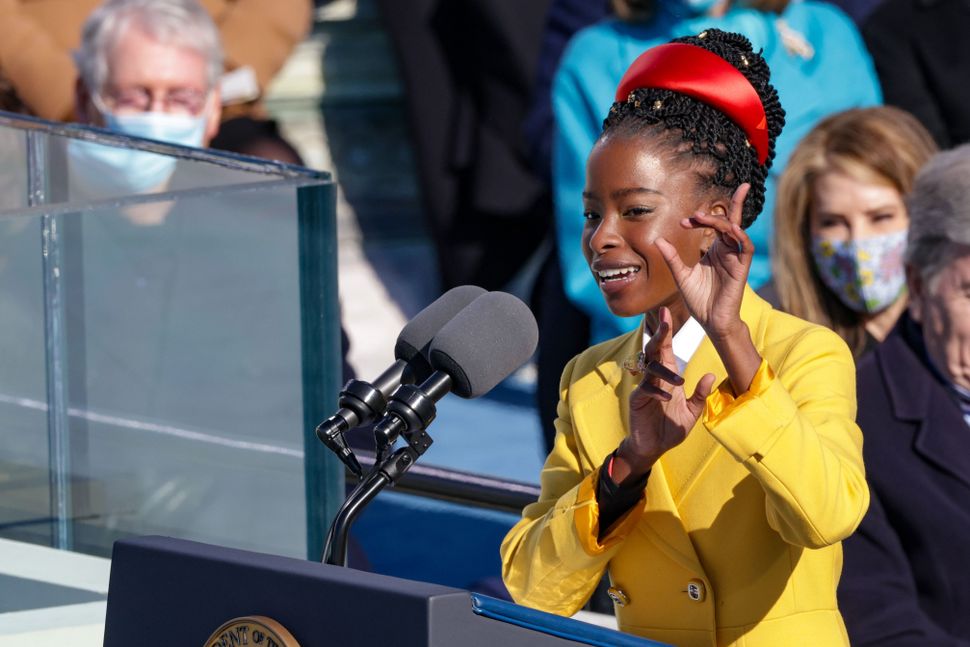 At Joe Biden’s glorious inauguration, our first National Youth Poet Laureate, Amanda Gorman, recited her poem for the occasion, “The Hill We Climb.” It was beautiful and mighty and fit the occasion. Yet a column in The Forward criticized one fleeting passage in the poem, in which Gorman quoted the Biblical prophecy that “that everyone shall sit under their own vine and fig tree and no one shall make them afraid,” as an example of the lamentably continuing role that religion, especially Christian religion, plays in our public life.

Wow. Something in that critique is way off track. So let’s back up and think about the principle of separation of religion and state in the American tradition.

American separationism, as inscribed in the First Amendment and in our political ethos, has several roots. One is a legitimate fear about religious strife and oppression. But another is the conviction that excessive entanglement with the state endangers religion. Roger Williams, to whom we owe the metaphor of the “wall of separation,” sought to protect the “garden” of faith from the dark forces of the state on the other side of the wall. He believed that any semblance of official religion hindered the ability of a genuinely free, unblemished, conscience to direct itself to God. James Madison insisted that before any person “can be considered as a member of Civil Society, he must be considered as a subject of the Governour of the Universe,” and that to allow the government to “employ religion as an engine of Civil policy … is an unhallowed perversion of the means of salvation.”

How all this works out in practice is a complex question. I am a strict separationist. I would exclude official prayers from Congress and other government bodies, though the Supreme Court has held otherwise. But if the American separationist tradition does insist on a secular government, it is in part to nurture the possibility of a robustly religious society. Even in the public square. That means, among other things, that the government must be able to acknowledge the place of religion in our culture.

Which brings us back to Amanda Gorman’s poem. It was not an official prayer. It was a piece of literature. The American separationist tradition does not banish works of art that might have religious content from the public square. If that were so, the National Gallery of Art and the Museum of the American Indian, just blocks from the Capitol, would have to empty many of their galleries.

In any event, Gorman’s poem had only the briefest reference to religion, one that, by its connection to George Washington’s famous letter to the Hebrew Congregation of Newport, celebrated religious freedom. The column in The Forward claimed that this was “ironic.” But that “irony” is built into our traditions of religious liberty, which were nurtured by religious arguments and texts from the start.

So why use this poem as the hook on which to hang a critique of religion in public life? One possibility is a choleric separationism at odds with the best of the American tradition. The piece in The Forward quoted two tweets as evidence of the “worry” over the blurring of the line between religion and state at the inauguration. One read: “Ok but I still think it’s bullshit that there are prayers at things like this—keep that shit to yourself, to paraphrase the constitution.” Really? Is this an expression of principled worry or just ugly anti-religious bigotry?

A more serious argument is that the poem’s use of a phrase from the Bible reinforced the distinctively Christian, or Jewish and Christian, tone of public religion in America. Religious equality is a real concern. We need, as a nation, to respect our diversity. But that is not Amanda Gorman’s task. Last week’s column suggested that Gorman’s poem might “ring powerfully with Jews as well as Christians,” but “likely does not for Muslims or Hindus or atheists.”

But that is only true as long as we step back from the possibilities of interreligious empathy. I am a Jew. But I can be moved beyond words by Arvo Pärt’s “Salve Regina” or the creation of a Tibetan Buddhist mandala. Moreover, if we are genuinely to welcome a plurality of religious voices into the American public square, it will only be if enough of us – including Christians – can cultivate the ability and the willingness to let that range of voices, however foreign some might be to our specific faith traditions, “ring powerfully” in our own ears.

Maybe that is part of Amanda Gorman meant when she yearned for the day when “no one shall make them afraid.”

Perry Dane is a Professor of Law at Rutgers Law School.