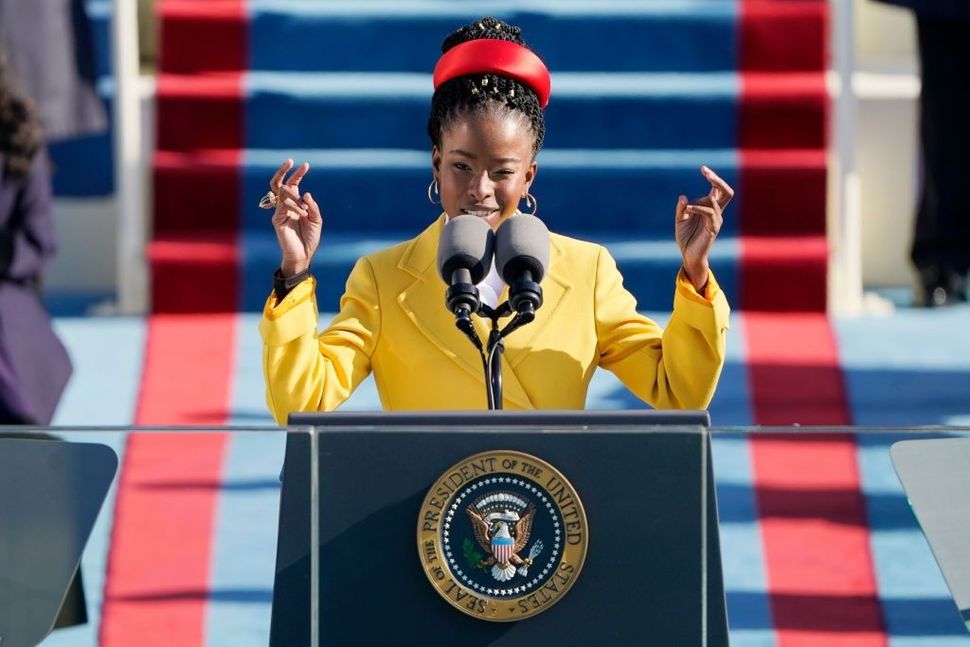 Amanda Gorman, the 22-year-old National Youth Poet Laureate, shot into the spotlight instantly after she recited her powerful poem “The Hill We Climb” for Joe Biden’s inauguration. Her words, her Prada headband and her “Hamilton” references all drew chatter online; she tweeted that she is a big fan of the musical about the nation’s founding.

The “Hamilton” reference, however, is itself a reference, which quotes a prophetic promise repeated in Micah 4:4, Zechariah 3:10 and 1 Kings 5:5. “Scripture tells us to envision that everyone shall sit under their own vine and fig tree and no one shall make them afraid,” Gorman said on the inaugural stage. The same biblical line about figs and vines is also featured in Lin-Manuel Miranda’s musical because George Washington cited it in his famous letter to the Hebrew Congregation in Newport, Rhode Island.

In its context in Micah, the line describes peacefulness following violence and suffering in a country that has finally found its way back to God. Each farmer can have their own plot of land, without worrying about destruction to their well-being and sustenance. In Zechariah and 1 Kings, it also refers to a new and prosperous time after suffering.

Quoting Jewish scripture to a Jewish congregation was likely meant by Washington to show that the Jewish community would be welcomed and respected on their own terms in a country where they could be full citizens. They would be able to prosper on their own land, in contrast to their former homes in Europe, where Jews were often not allowed to own land, and were tolerated at best and persecuted at worst. Washington was trying to emphasize the importance of religious liberty in the new country.

Gorman’s use of this line during the inauguration could also be understood as an acknowledgement of the religious liberty allowed to each citizen of this country. Or, perhaps, as much of her poem focused on racial injustices committed in U.S. history, she may have been focusing on the right of each citizen to become prosperous and live in peace. Particularly during the past four years, as violence against Black people has entered the public eye, the country has become increasingly aware that Black people and people of color do not have an equal ability to prosper in the United States.

Racial justice was a theme throughout the inauguration, striking a clear opposing note to Trump’s presidency. The former president’s final months in office saw him signing an executive order limiting diversity training and, on Martin Luther King Day — two days before he left office — releasing the 1776 Commision. That document attempted to reject the narrative of American racism presented by the Black Lives Matter movement and the New York Times 1619 Project; the Commission’s account of history allotted slavery a mere two pages out of 41. 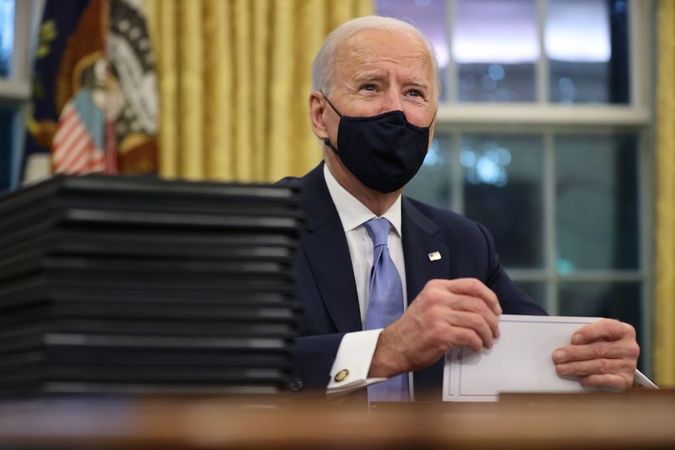 Biden’s rejection of these policies and actions has been clear from the beginning. His vice president is a woman of color. His inauguration speech recognized systemic racism. His first executive orders nullified Trump’s 1776 Commission and undid his limitations on diversity trainings; Biden also ordered government offices to do an audit on racism within the next 200 days.

But a large chunk of the 1776 Commission took on a different aspect of American history: religious liberty. It included a lengthy appendix declaring that the Founding Fathers meant for religious faith to be a central part of our government, and asserted that morality and government is impossible without religious belief. It only ever mentioned Christianity by name, though it was carefully vague in its many of its references to faith or God. While it endorsed religious liberty, its definition was worryingly narrow.

The Biden inauguration did not so firmly reject this part of Trump’s legacy, even as Biden nullified the 1776 Commission itself. Christian-tinged religious references characterized much of the ceremony, starting with an invocation by a Catholic priest and ending in the collective singing of “Amazing Grace.” Some Jews and other non-Christians on Twitter worried about the central religiosity of American government ceremonies.

Ok but I still think it’s bullshit that there are prayers at things like this—keep that shit to yourself, to paraphrase the constitution

There is something ironic about affirming religious liberty using a Bible quote, even one from Jewish texts. It still places Western faiths in a privileged position, and affirms the need for faith. While the line from Micah may ring powerfully with Jews as well as Christians, it likely does not for Muslims or Hindus or atheists. It makes for a blurry line between Church and State.

Gorman’s quote was part of a poem which exhorted the country to confront its history so as to grow. “Being American is more than a pride we inherit. It’s the past we step into and how we repair it,” she said. The Biden administration seems committed to working on repairing racial injustice, and Gorman’s presence on the stage as a young Black woman was inspiring symbol. We shouldn’t forget that we still have growing to do with religious liberty too.

Mira Fox is a fellow at the Forward. You can contact her at [email protected] or find her on Twitter @miraefox.