If you can guess how HBO’s ‘Possessions’ ends, I’m scared of you 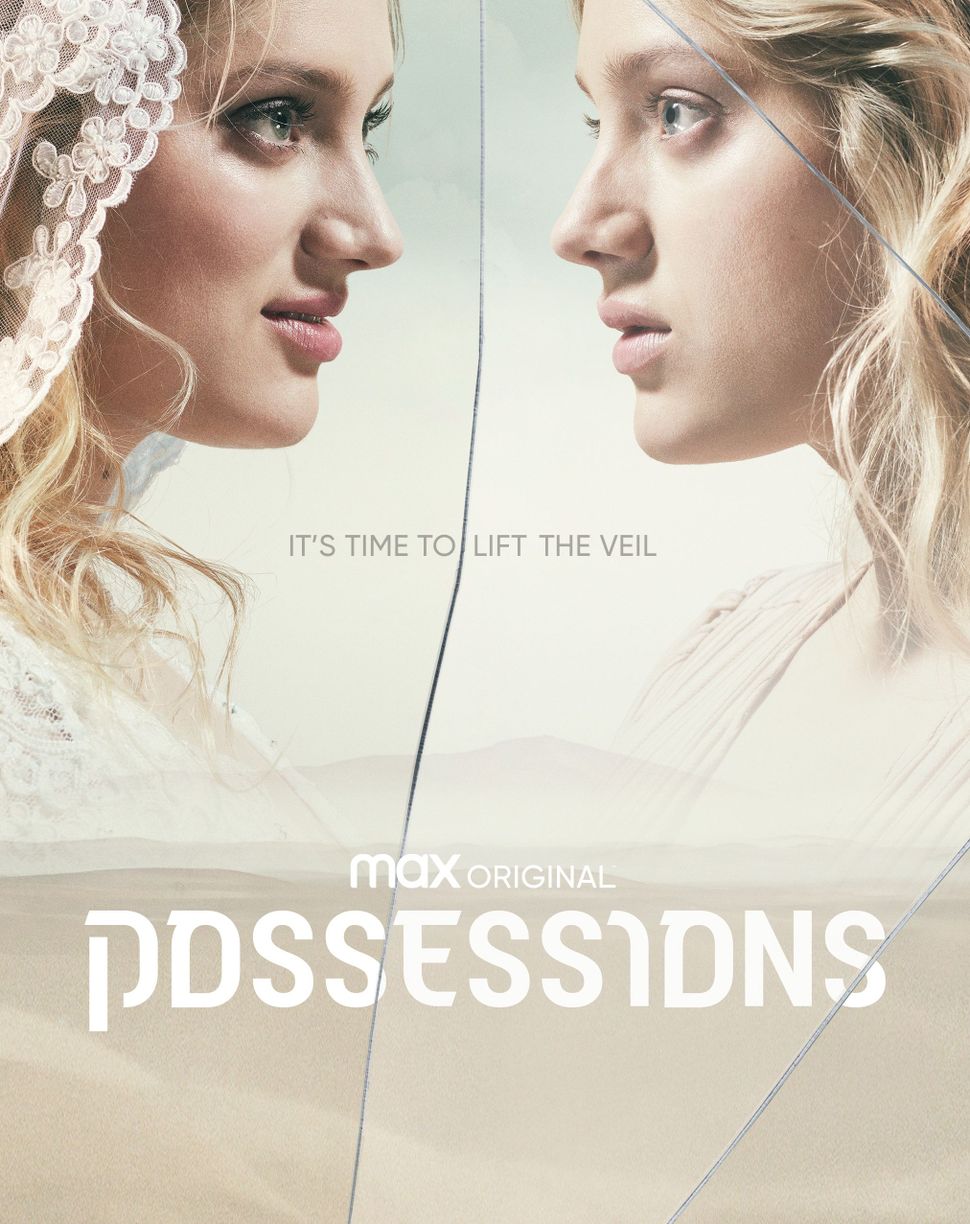 I’m reasonably confident you won’t be quick to solve the murder mystery at the heart of “Possessions.” If you do work out the exact whys and wherefores — before, say, episode four of six — I’m more than a bit worried about you.

Debuting on HBO Max on Thursday, the French and Hebrew language thriller opens at the wedding of French expat Natalie (Nadia Tereszkiewicz) and handsome Israeli nonentity Eran (“Valley of Tears”’ Imri Biton — don’t get too attached). They walk down the aisle to a chuppah wreathed in fog machine exhaust and pyrotechnics. It’s a garishly happy affair, already marked with a portent of doom.

Natalie’s mother, Rosa (Dominique Valadié), opposes the union and almost walks out. She’s soon justified in her apprehensions. By the time the cake cutting begins, Eran is dead. It happened in the dark, and when the lights come up, Natalie, her white dress now drenched in blood and her hand on the murder weapon, is the prime suspect.

The rest of the series, directed with a brooding flair by Thomas Vincent (the hand behind the UK hit “Bodyguard”), is devoted to discovering who actually killed Eran.

Two teams of two pursue this goal. First are detectives Esti (Noa Koler, largely en français as she deals with Natalie and her family) and her jaded partner Rafi (Tzahi Grad). Then comes the B-team, an overinvested French consulate worker Karim Taleb (Reda Kateb) and Natalie herself. For a while, Karim and Natalie’s team up is the weirdest thing about the show, which has the typical gritty police work and societal excavations one expects from Israeli prestige programming.

Where precisely does it go off the rails? I thought the exploding shipping container near the cemetery was a bit much. But in hindsight, Rosa’s superstitious, evil eye-evading practices, derived from her childhood in the ancient Tunisian Jewish community in Djerba, point to one of the series’ major themes: the sway tradition can still hold over a modernity in an Old New Land like Israel.

It’s not just Rosa who resorts to ritual in the wake of the tragedy. A Bedouin kitchen worker hangs a white dress from a tree after witnessing the bloodbath at the reception. Eran’s brother, Shai (Roy Nik), a newly Orthodox Jew, insists on renouncing his and Natalie’s Levirate marriage, a necessary ceremony so they can each wed again. At the same time Shai wonders, as others do, if Eran’s death was retribution for marrying Natalie — a sign that “Maybe she wasn’t his. Not completely.”

And therein lies another major theme of “Possessions:” possessiveness. But while trying to deconstruct a series of toxic relationships between Natalie, her parents, her beaus and Karim, her country’s clingy man in Israel, the series ends up painting her as an accidental and unfeeling femme fatale by fating the men in her life to tribulation and her to an ice queen veneer. It does this by a subversion that presents problems of its own.

Late in the show, writers Shahar Magen and Valérie Zenatti introduce the cause of Natalie’s man troubles. I won’t give too much away, but just know that it is rooted in tradition, strange and alarmingly ableist, Orientalist and — so far as I can tell given the search terms that seemed apt — invented for the show or at least obscure and troubling. Please correct me if I’m wrong once you’ve seen the whole show!

All caveats aside, Tereszkiewicz’s magnetic performance as Natalie, the stunning shots of the Negev’s sun-blanched dunes and the regular hiss of something sinister afoot — along with a sleekly menacing score by French music collective HiTnRuN — propel a mystery that resists easy answers and straightforward clues. In atmosphere the show often resembles a less pretentious “True Detective” and its initial intrigue is hard to resist.

After that first flush of interest, though, its draw is largely obligatory. You’ll want to know how it ends, but may come to dread which way the evidence is pointing.

If you can guess how HBO’s ‘Possessions’ ends, I’m scared of you