150 years ago, a Yiddish writer knew all about climate change 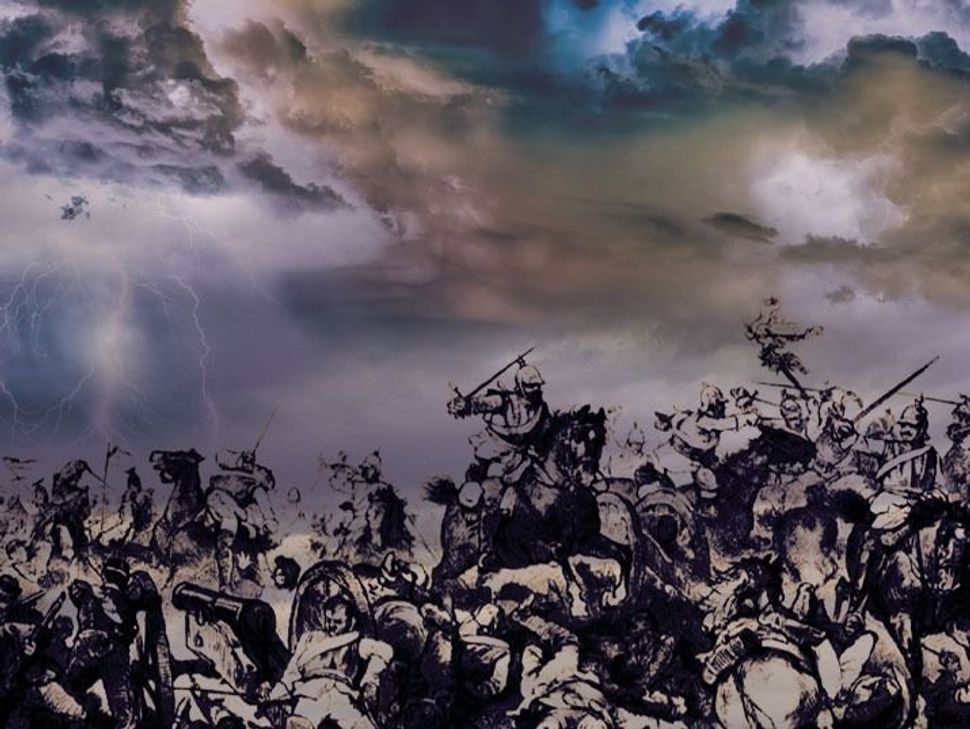 The Franco-Prussian War: An original illustration by Woldemar Friedrich. By National Library of Israel

With the recent re-introduction of rabbis into the German army, I started to read about rabbis in the German army during the First World War and the Franco-Prussian War of 1870-71, the 150th anniversary of which is now being commemorated. As often happens in the course of research, serendipity led me to an unrelated and unexpected, yet fascinating find: an article on the environmental effects of war printed in a leading Yiddish newspaper during the Franco-Prussian War.

Kol Mevaser was published from its inception in 1862 until its discontinuation in 1872-73 in Odessa, an important Jewish center at the time. It was one of the very first newspapers in Yiddish and one of the most important in the history of Yiddish journalism.

The orientation of the newspaper runs along the lines of the Haskala (Jewish enlightenment) movement, and the editors often aimed to educate their “plain folk” readership about events in the world or about modern science. While they often achieved these goals, to the modern reader, some of these attempts appear rather absurd.

On February 9, 1871 (January 28 according to the Julian calendar date indicated on the newspaper’s masthead), an article was published in Kol Mevaser entitled “The War and the Air.” In it, the author – identified only by the initials G.D.D – argues that during and after big battles there are often heavy rain falls, strong winds, thunder and lightning – as compared to the normal average: “All of this is no coincidence. The cause of it is the continuous shooting with big canons.”

In addition to the then-contemporary Franco-Prussian War, the author provides a list of recent conflicts after which such observations were made, including examples from the Italian War of 1859 and the Austro-Prussian War of 1866:

“In the year 1859, during the War in Italy, scientists have realized for the first time… this phenomenon has been noticed even more clearly in the year 1866 when Prussia was at war with Austria. Eery time there was heavy rainfall accompanied by winds and also thunder and lightning, as has been reported by the newspapers at the time.”

According to the article, the phenomenon is not limited to the immediate vicinity, but rather extends to a great geographical area, as well:“After the battle of Königsgrätz, a heavy storm blew for eight days accompanied by heavy rain falls. Not only on the battlefield itself, but in the entire country, and even as far as deep into France.” 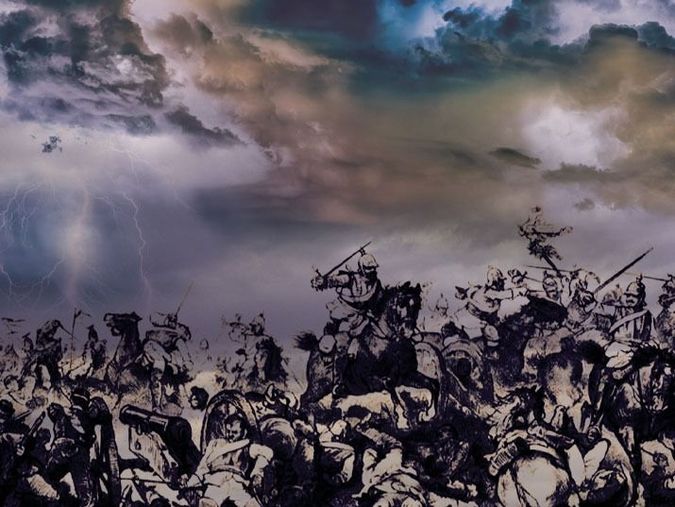 The Franco-Prussian War: An original illustration by Woldemar Friedrich. By National Library of Israel

After the Battle of Solferino – the cruelty of which led Henry Dunant to establish the Red Cross – such weather phenomena were said to have affected all of Europe. To some, the reported connection between war and weather was apparently as reliable as the sun:

“If we look at the present war between France and Prussia, we can notice this strange phenomenon even better… The moment they saw rain, the inhabitants of Alsace already knew it and said: ‘Most likely today there already was a big battle somewhere’ – and indeed it was this way.”

The author bases his statements on “scientists,” and describes the causal relationship as follows: Rain is caused by the fact that shooting creates heat, which evaporates water, which then ascends and turns back into droplets once a cold northern wind crosses its way.

As to why the air cools down the evaporated water, the author gives a further explanation, though its relationship to the first one (the cold northern wind) is not clear: When shooting, the gun powder is broken up into its component parts which are dispersed into the air; ultimately this creates electricity, which somehow cools down the air.

The author’s thoughts then become even harder to follow, and it is probable that he had no real scientific knowledge of the topics about which he wrote: “It is known that in a place where a big electrical force is concentrated, rain, thunder and lightning are created. That is how the wind, which appears during battles, develops. And when the evaporated water which is in the air is being cooled down and turns back into water, it takes up a larger volume, seventeen hundred times more than in its evaporated form. Therefore, when rain falls, it pushes aside the air. But the air returns and takes up its previous place from where the rain has dispelled it and it carries the clouds along with it. A quick movement is created in the air which we call “wind”. According to all of this we can name the battlefield ‘the machine which drags in the air.’”

Generally speaking, Kol Mevaser was a respectable newspaper, and while the thoughts expressed in this particular article appear naïve to the modern reader, they do in fact constitute an early awareness of the effects small man can have on the massive planet on which he lives. Moreover, the article deals with two scourges that 21st century humanity continues to face – war and man’s role in global climate change.

This article first appeared on “The Librarians”, the official online publication of the National Library of Israel. Check it out for more stories on Jewish, Israeli, and Middle Eastern history, heritage and culture. Additional reading on this topic in Hebrew can be found in the book “Scientific God: Popular Science in Hebrew in Eastern Europe in the Second Half of the 19th Century – Between Knowledge and a New Image of the Universe,” by Yaacov Shavit and Jehuda Reinhartz.

150 years ago, a Yiddish writer knew all about climate change