February 17: Rukhl Schaechter discusses role of women in the shtetl 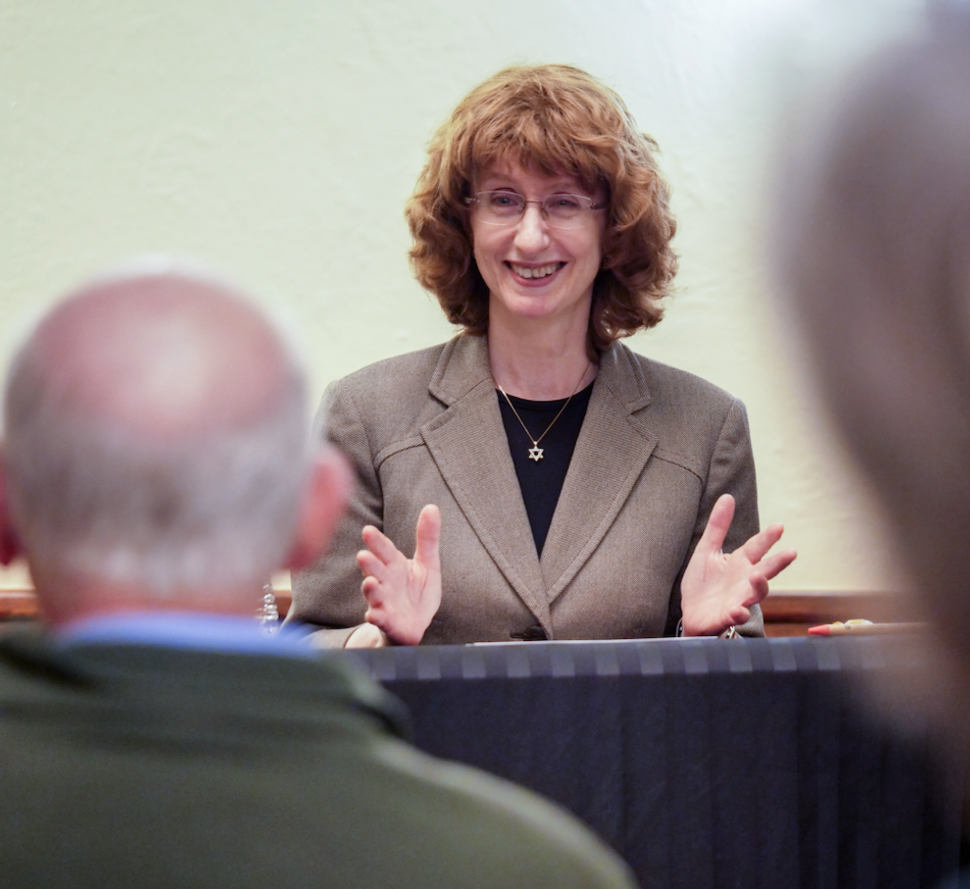 On Wednesday, February 17 at 7:30 pm ET / 4:30 p.m. PT, the weekly Yiddish-language radio show, Dos Yidishe Kol (the Yiddish Voice), will feature a discussion between Forverts editor Rukhl Schaechter and historian Sholem Beinfeld on the topic, the powerful role of the woman in the East European shtetl. The discussion will be conducted in Yiddish.

Although women in Jewish traditional life are often stereotyped as passive and invisible, particularly in the public sphere, Schaechter argues that within the family, women were highly respected and relied upon and, because they were often the main breadwinners, wielded financial power as well. The fact that many Jewish family names refer to the mother rather than the father, as well as the Jewish law of matrilineal descent, give further evidence of the significant role that women played in the daily lives of Jews in Eastern Europe.

This segment is part of the Dr. Thomas Zand Forward Event Series.

February 17: Rukhl Schaechter discusses role of women in the shtetl