In Jerusalem, where lives intersect thrillingly — and sometimes violently 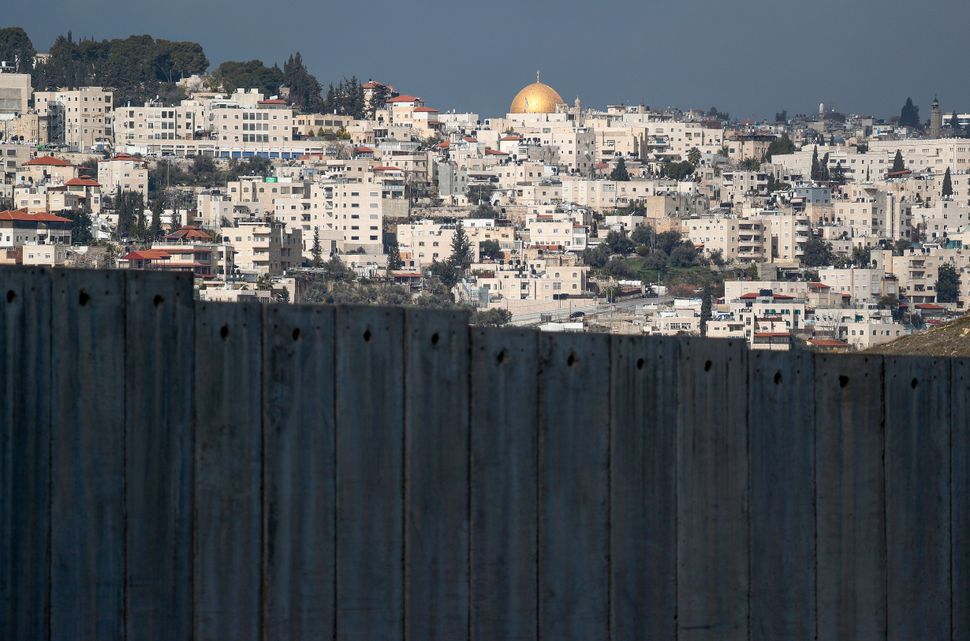 Jerusalem as viewed from the Palestinian village Abu Dis. By Getty Images

City of a Thousand Gates

As her epigraph suggests, Rebecca Sacks’ lovely debut novel, “City of a Thousand Gates,” concerns the impact of “the high drama of history” on individual lives. The phrase is drawn from Robert Musil’s philosophical novel, “The Man Without Qualities.” Here the lives are those of assorted, mostly sympathetic Israelis and Palestinians, along with their romantic partners, friends and relatives. And the high drama is the struggle over statehood, territory, recognition, and rights that pits nationality against nationality, and neighbor against neighbor.

The panoramic ambition, scope and complexity of “City of a Thousand Gates” is embodied in its “Cast of Characters” – 32 in all, in nine distinct groupings. The third-person narration offers a mosaic of perspectives, shifting fluidly, but without much change in voice or style, from character to character.

The story progresses through time periods labeled “Winter,” “Spring,” and “Summer.” Acts of violence and their emotional aftermath ripple through a divided Jerusalem, the Palestinian city of Bethlehem, and the Israeli settlements of the West Bank. The novel’s juxtapositions and coincidences surprise without shocking. Sacks writes with a generosity and gentleness at odds with her troubling subject matter.

Her characters participate, or observe, or mourn when tragedy strikes too close. For the most part, they concentrate on navigating their quotidian lives, replete with varying degrees of romantic and career angst. They are not, in any significant sense, political actors. But they can never entirely escape the undertow of the region’s conflicts, which shape their most intimate interactions.

The first section of the book depicts the fallout of two startling and related events: the murder of a 14-year-old Israeli girl living in a settlement and the revenge killing of a Palestinian youth in Jerusalem. Later, an unexplained explosion near a Jerusalem checkpoint causes more fatalities, and briefly pairs a Palestinian woman and an Israeli soldier in an image that gestures toward reconciliation. A German freelance journalist, vying fiercely for assignments and recognition, seeks to chronicle the carnage. 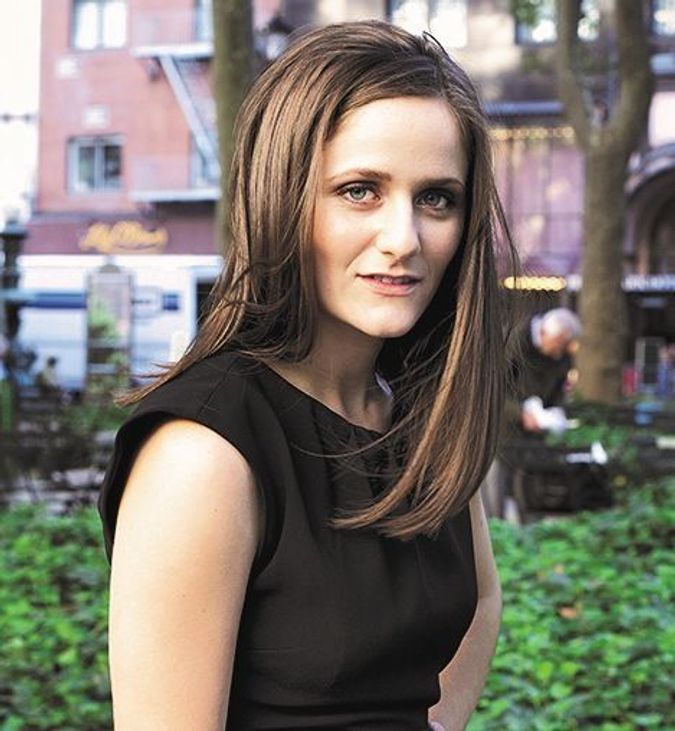 Debut Novelist: Rebecca Sacks’ ‘City of a Thousand Gates’ features a cast of 32 in a divided Jerusalem. By Justin Bishop

The book’s title refers most directly to the gated city of Jerusalem, and to the many checkpoints and border crossings impeding passage through Israel. It also refers to the fences that surround (but cannot entirely protect) West Bank settlements such as Gush Etzion — home to Miriam, a religious instructor to young brides and mother to Ori, a soldier over whose well-being she frets.

The novel begins with the anxious travels of Hamid, a Palestinian who sneaks into Israel from the West Bank to install air conditioners for ready cash. One day, hopping on the wrong bus home, he finds himself at a well-policed Tel Aviv checkpoint without a valid permit, fearing arrest or worse.

Another character, Samar, a Palestinian academic, “has read the checkpoint through a variety of theoretical lenses that…communicate the senselessness of her life within the Israeli system” – knowledge that does nothing to ease her way through a mechanically faulty Jerusalem checkpoint.

The title, as one might expect, bears additional metaphorical weight: Sacks’ characters wrestle with personal and ideological boundaries, both bridged and unbridgeable. Rachel, a young Orthodox Jewish woman on the brink of marriage, “lives in a world of boundaries, all of them waiting to be crossed.” Hamid, obsessed with Mai, a young woman from a more prosperous background, protects her from himself “with distance and money,” “boundaries…as real as the checkpoints between their houses.”

She also exults in parent-child and sibling bonds — the familial dance of intimacy and separation. Emily is an American Jew with more liberal views than her husband, Ido, an Israeli animator, army reservist, and creator of an immensely popular cartoon about their marriage. The couple’s connection is strengthened by both spectacular sex and a shared adoration for their young daughter, Mayan. Emily feels the competing tugs of new motherhood, a desperation “for two contradictory things: to feel like her own person and to have Mayan be part of her body again.”

A young hitchhiker who interrupts Emily’s rare marital getaway fuels jealousy, but also new fantasies. The intruder turns out to be the less fortunate Vera, the German freelancer, whose career and love life are both precarious. Vera’s relationship with Amir, a professional soccer player, veers into a text-checking obsession, with his frequent silence serving as an aphrodisiac. Her sexual needs war with her dignity, as she coaches herself to remember “the acid shame of someone not wanting you.”

The Palestinian academic Samar, facing middle age, is another woman with career troubles and a bleak romantic future. But Sacks affords her hope and the prospect of rescue, however fragile and problematic.

Despite its profusion of characters, “City of a Thousand Gates” is too gracefully written to grow sluggish. A tighter focus might arguably have made for an even better book – perhaps a deeper character study, a more propulsive plot. But Sacks’ craft, especially her mastery of language and pacing, is impressive. Having lived in Tel Aviv and reported from both Tel Aviv and Jerusalem, she seems to have captured the authentic texture of these metropolises, and of the clashing cultures she depicts.

“City of a Thousand Gates” is hardly a conventional thriller. Nor is its patient humanism — its compassion for the many flawed people who inhabit its contested landscape – startlingly original or transgressive. What is thrilling is to see how cleverly Sacks fits the puzzle pieces of her narrative together, linking all those lives with far fewer than six degrees of separation between them.

In Jerusalem, where lives intersect thrillingly — and sometimes violently