For more than a century, Ruth Dayan dreamt of harmony in Israel 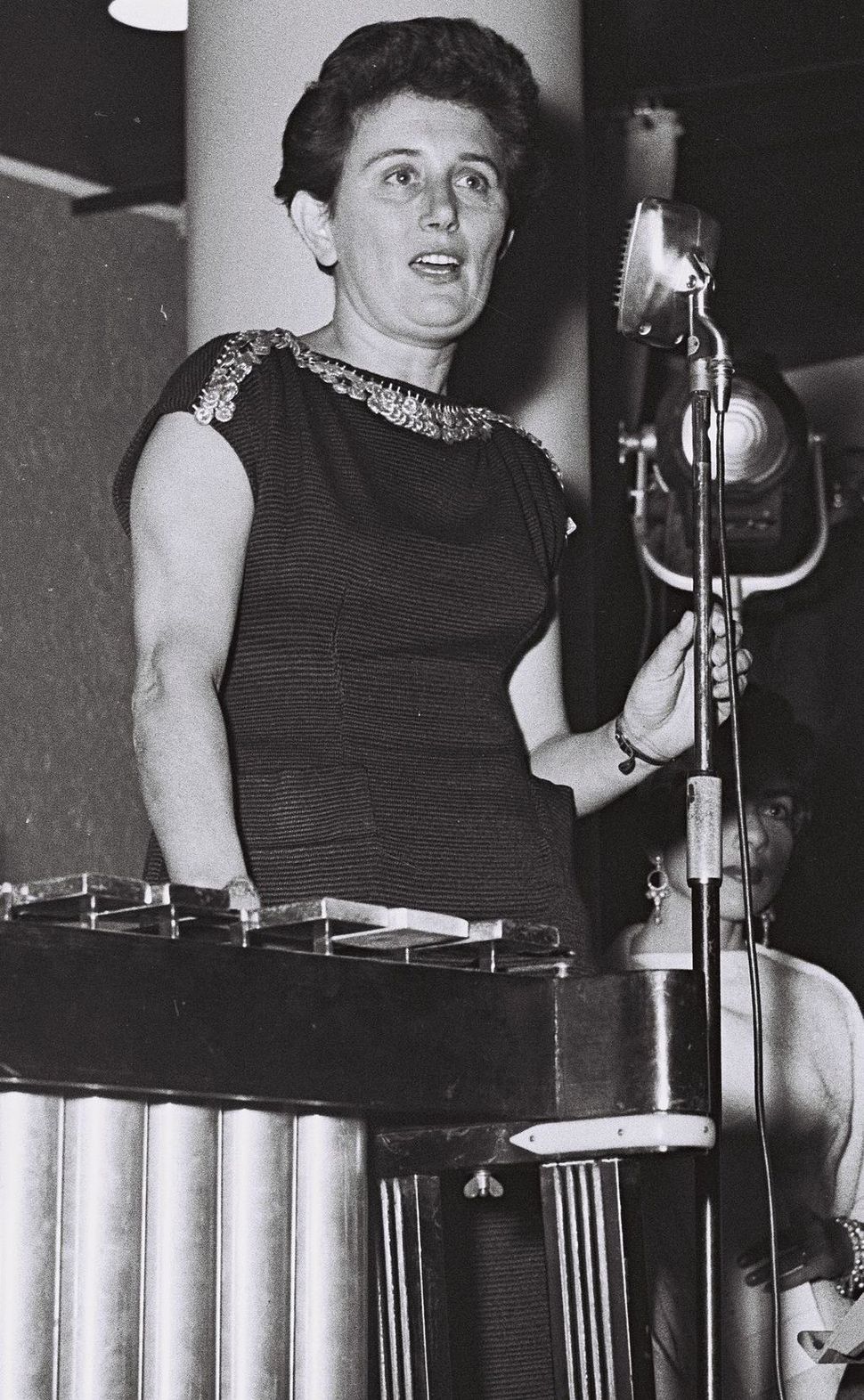 Ruth Dayan, the Israeli social activist and fashion entrepreneur who died on Feb. 5 at age 103, played well with others with matchless fortitude. She exemplified the belief that meaningful human interactions require recognizing the suffering of others and trying to do something to help.

She was born in Haifa, then part of the Ottoman Empire, to two Russian Jewish emigrants who were part of the Second Aliyah, a wave of emigration that occurred during the decade between 1904 and 1914.

Her mother, Rachel Schwartz, had studied Maria Montessori’s early childhood education theories in the United Kingdom, as well as concepts of leisure education. Dayan’s mother worked as the first kindergarten teacher in the Old City of Jerusalem, in a mixed kindergarten of Arab and Jewish children.

Rachel Schwartz also directed playgrounds in Jerusalem, which were carefully supervised to educate youngsters in social and communitarian virtues.

A myriad of creative and athletic activities were designed to teach children to play in the most productive way possible, preparing them for social interactions as adults in the Jewish community.

The ultimate goal was to produce generations of new Jews free of the burdens of those who suffered in the Diaspora, traumatized by centuries of persecution. Instead, these children would be guided to develop into confident adults, gifted with physical and spiritual stamina.

While the overall success rate of these educational approaches have yet to be measured, the program demonstrably worked in the case of Ruth Dayan. From an early age, she recognized that interactions between different communities were an essential and unavoidable part of life. As a girl, she visited a playground on Mount Zion, made available by a Jewish landlord on condition that Arab children, as well as Jewish ones, be welcomed. And the young Dayan was taught to speak Arabic at home.

All of this early education served her well during a long life spent trying to unify people in an increasingly divided society. Dayan never proposed herself as a candidate for sainthood; she was notorious for her short-temperedness, even as a schoolgirl, and was a lifelong dedicated cigarette smoker.

The closest of these was when she and her infant daughter Yael survived Italian air raids on Tel Aviv in September 1940.

Mussolini’s bombers were reportedly targeting installations and warehouses at the port of Jaffa, but in the event, bombarded Tel Aviv’s central residential area, which entirely lacked early warning stations or anti-aircraft guns. Dayan wrote to her then-husband Moshe, serving time in a British jail, “The huts on Bograshov Street are burned. One gets the impression that they want to annihilate Tel Aviv.”

Dayan was by no means annihilated, although her home was severely damaged. Her early lessons in the primordial importance of cooperation and understanding led to a stint in 1949 as an agricultural instructor in settlements (moshavim) for new immigrants around Jerusalem. By 1954, she was assigned by Israel’s Labor Ministry to manage a training department, working with new immigrants in transit camps.

When the standard agricultural projects they had usually been assigned encountered difficulties, Dayan observed that women immigrants had brought along handcrafted objects and garments, featuring embroidery, knitting and weaving, from their homelands. She decided to try using these skills to enable the women to become family income earners. She also sought artisans from Druze, Bedouin, Palestinian, Lebanese and Syrian communities.

The Maskit fashion and decorative arts house was born, to reinterpret Jewish ethnic handicrafts for a modern market. Its name cited a Hebrew term that appears repeatedly in the Bible for ornament, or something small and beautiful. This venture became the first haute couture house in Israel, collaborating with the Hungarian-born Israeli designer Fini Leitersdorf.

Leitersdorf helped develop one signature look, the Egg coat, a sand-colored poncho that was donned by Audrey Hepburn, no less. Pauline Trigère, the French designer of Russian Jewish origin, was another loyal friend of Maskit.

The fashion label’s melting pot approach drew some criticism at the time, and especially in retrospect, for its alleged inauthenticity. Perhaps inevitably, by adapting ethnic imagery to more mainstream fashion world purposes, the original meanings of folklore were effaced.

According to the art historian Yael Guilat, of the Oranim Academic College of Education in Kiryat Tiv’on, northern Israel, in the 1970s, a group of Yemenite embroiderers wrote an “angry” letter to Dayan.

The workers complained that they had been forced to learn Arab patterns, rather than being allowed to continue with their own traditional imagery.

Such questions of fidelity to one or another individual folklore did not preoccupy Dayan, since the main challenge for Maskit was to evolve something new based on imagery of the past.

Acutely sensitive to colors, Dayan considered that Israeli design was most reflected in blends of pink, mauve, and gold seen in handicrafts and textiles rather than any single tradition.

Other surprising juxtapositions were featured in Dayan’s social life, including a half-century long friendship with Raymonda Tawil, mother-in-law of PLO chairman Yasser Arafat.

Despite regular eruptions of anger and discord, the two women would always eventually reconcile, as if seeing a certain inevitability in their interactions. Among other reasons, Tawil was reportedly irked that Dayan continued to cherish the memory of her ex-husband while acknowledging his flaws.

With comparable reverence, in 1988, when Dayan was featured on Israel Broadcasting Authority’s “Such a Life,” the local version of the American TV program “This Is Your Life,” her divorce was not even mentioned.

According to Dayan, the marriage ended because her husband disapproved of the extent to which she campaigned for peaceful coexistence with Arab neighbors. She had visiting Palestinian women prisoners in Nablus who had been jailed by forces commanded by her husband. Her goal was to ask them to try embroidery as a productive pastime.

Reflecting on the massive changes in her homeland since her birth in 1917, and watching her children, who had their own careers in the public eye, experience their own tragedies, Dayan wrote an autobiography, “Or Did I Dream the Dream? The Story of Ruth Dayan” (1973).

The title was inspired by a line from a celebrated poem by Rachel Bluwstein, whose pen name was Rachel.

Ruth Dayan’s century-long dream appeared to conclude in disappointment, with current politicians and policies rejecting any acknowledgment of diverse communities living together harmoniously as a national goal of Israel.

Inevitably, in recent years, authors who described Dayan’s viewpoints project an entirely negative message about the Middle East today. Yet surely the lesson to be drawn from Dayan’s accomplishments is that with the proper educational and cultural focus, people can indeed learn to coexist, or at least to work to make that coexistence possible. And that lesson is not outdated, merely ignored, in recent years.

For more than a century, Ruth Dayan dreamt of harmony in Israel