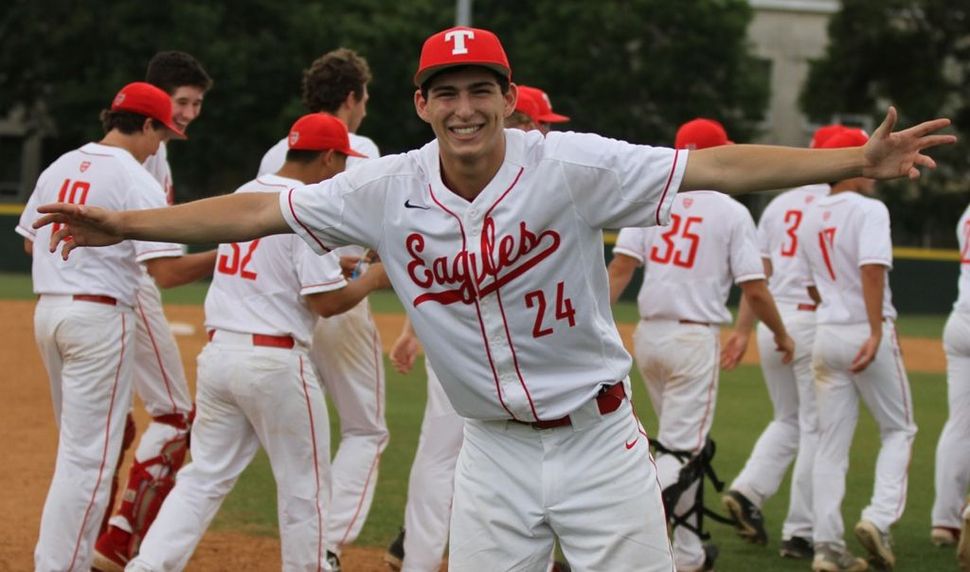 Pitcher Josh Wolf, 20, was drafted by the New York Mets in 2019 as the 53rd pick-the highest ever from St. Thomas High School. He won the Michael Freedman Award for Outstanding Jewish Male High School Athlete of the Year from The Jewish Sports Heritage Association.

The Texas native got a package of more than $3 million and the announcement was made by Jewish former Met Art Shamsky. Last month, Wolf was traded to the Cleveland Indians in a package for phenom Francisco Lindor. In a phone interview, the 20-year-old talks about fulfilling his dream, the time he messed up at his bar mitzvah, how much of his family is from Israel. and why he wants to do what Jewish players haven’t done.

I was a little nervous. It was intimidating/ I was doing my Torah portion at the Kotel and I can read Hebrew. But I lost my place for second then I rebounded.

How many times has he been to Israel?

Eight. A lot of my family is from there.

Well, it wasn’t a purchase. I leased a Mercedes AMG 63 S. I was told with cars, it’s better to lease.

On being the only Jew at a Catholic High School.

It was definitely weird. Just at the beginning when I was a freshman, some kid in the locker room said ‘get that kid in the showers but I know he was an idiot and he is probably doing nothing with his life right now. He wasn’t representative of the school. Other than that one time, everyone was nice to me, the people and teachers were great and there was never any anti-Semitism. It’s a great high school and I had a great time and I want to thank all my coaches and teammates.

Would he pitch on Yom Kippur if it was the World Series and the Indians needed him?

No. My father’s side is Orthodox so out of respect from my family and my religion I wouldn’t.

How he feels about being a Jewish role model.

I feel like that will be big for me. Even though there are Jewish players, they don’t show enough pride. Once I get to the Major Leagues I want it to be known that I’m Jewish and I want to inspire more Jews to play baseball. For me, if I had the opportunity to play for Team USA or Team Israel (in the World Baseball Classic) I’d play for team Israel. I want to be a good role model for Jewish kids.”

On deciding to go pro instead of to Texas A & M

My agent, Bobby Witt Sr. and I had a (dollar) number in mind and if we got that number I was gonna turn pro.

What’s he looking for?

I’m not trying to get distracted right now but I do want to eventually marry a Jewish girl. I need someone who has got a good head on their shoulders and has a good plan for the future. My Savta will have to approve. But right now, I’m focusing on baseball.

On dealing with wealth and fame

It’s nuts to graduate high school in 2019 and suddenly you have all this money. But what’s bigger than that is that I’m a pro baseball player and I’ll soon face the guys I saw on TV. I’m gonna stay focused, work hard and not do anything to stop me on my path. Some people I wasn’t really friends with have hit me up, but you expect that.

The batter he’s looking most forward to facing

On whether it all seems real to him yet

It’s a little surreal. But God has given me the talent and I’ve worked very hard. I don’t take for granted that what many kids dream about has happened to me.