Who murdered a Nazi fugitive — and does the answer actually matter? 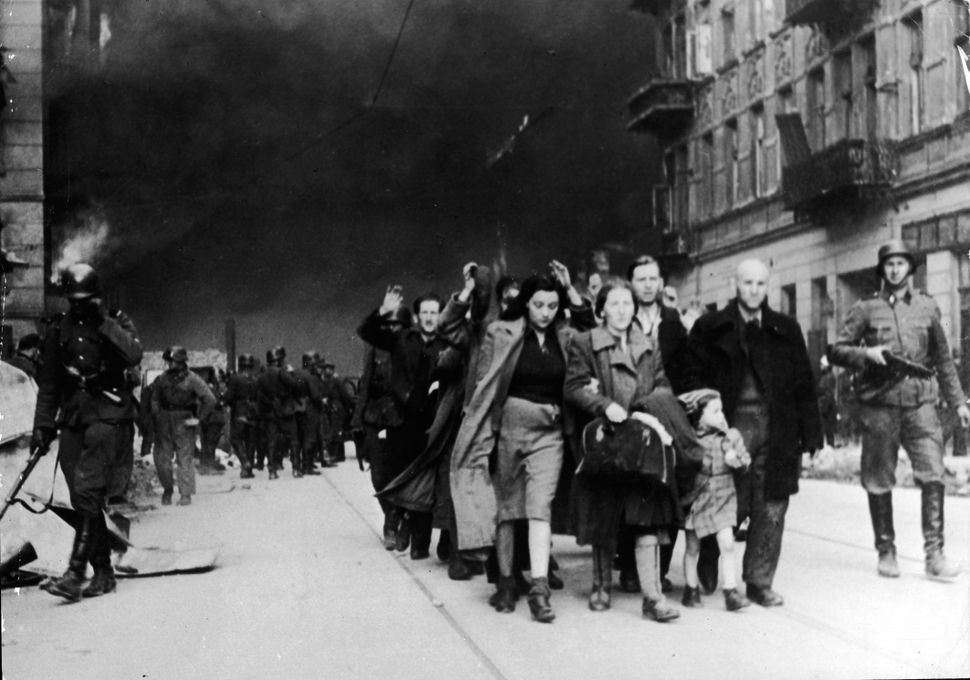 The Ratline: The Exalted Life and Mysterious Death of a Nazi Fugitive

“It is more important to understand the butcher than the victim,” the Spanish novelist Javier Cercas told Philippe Sands, professor of international law at University College London. That seems a questionable assertion, not least because the butcher so often eludes understanding. Sands nevertheless was sufficiently struck by the remark to use it as an epigraph to his latest book, “The Ratline: The Exalted Life and Mysterious Death of a Nazi Fugitive.”

The fugitive in question, Baron Otto Gustav von Wächter, is not one of the star names of Nazi criminality, not a Mengele or an Eichmann or even a Hans Frank, who headed the part of German-occupied Poland known as the General Government. An Austrian SS officer, Wächter became one of Frank’s deputies, presiding over the Jewish ghettos of Kraków and Lemberg (now Lviv, in Ukraine). A man admired for his organizational abilities, he followed orders, and gave them, and hundreds of thousands of Jews died as a result.

After the German surrender, with the Allies busily rounding up top Nazis, Wächter fled. He hid in the Austrian Alps for more than three years, assisted by a male companion and his wife, before making his way to Rome. There he stumbled into a nest of spies and died in 1949 under suspicious circumstances. 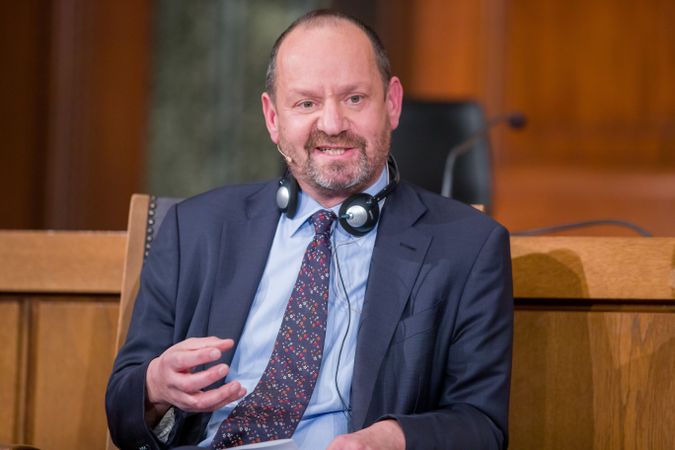 Author and Documentarian: Philippe Sands’ latest project is “The Ratline,” which probes the case of Otto Gustav von Waechter. By Getty Images

Some of his Italian contacts, Sands learns, were key figures in the so-called Ratline, a Nazi escape route with a terminus in the relative safety of Latin America or the Middle East. Wächter never got that far, making the title either a misnomer – or, alternately, a metaphor for broader Vatican and American complicity in the cover-up of war crimes.

“Details matter,” Sands writes. So, with great meticulousness and hairpin narrative turns, he sets out to unravel the complexities of Wächter’s life and death. He sees both, inevitably, through the prism of his own connection to Lemberg, where relatives of his were murdered, and his relationship with Wächter’s son Horst.

“The Ratline,” which originated as a BBC podcast, is a follow-up to Sands’ “East West Street.” A mash-up of history and family memoir, the 2016 volume told the stories of Sands’ maternal grandfather, Leon Buchholtz, and two legal scholars with Lemberg ties: Hersch Lauterpacht and Rafael Lemkin, who coined the terms “crimes against humanity” and “genocide.”

“East West Street” also explored Hans Frank’s role in the Holocaust. That research led Sands to Frank’s son, Niklas, who loathed his father and his deeds. Niklas, in turn, introduced the human rights lawyer to Horst, living in an Austrian castle and clinging to denial about his father’s complicity. Sands interviewed both sons for a provocative 2015 documentary, “A Nazi Legacy: What Our Fathers Did.”

Despite their differences, Horst ultimately trusts Sands enough to give him access to a trove of intimate family papers – the foundation of “The Ratline.” The two never agree but keep talking. “Horst told stories seeking to persuade me of the decency of his father,” Sands writes, “as I pushed him to reflect in a more critical way about Otto. It was a game of double advocacy, one that would run for years.”

The relationship between author and source frames a complicated narrative. One thread focuses on Wächter’s Nazi activities, beginning in prewar Austria, where he was involved in the 1934 assassination of the chancellor. He rises through the Nazi hierarchy, displaying the usual mix of ambition, antisemitism, and Hitler worship, buttressed by the unstinting support of his wife, Charlotte.

Horst insists that Wächter, unable to buck the system, went along only reluctantly with the project of persecuting, deporting, and murdering Jews. Sands discovers no documentary evidence to sustain that view. In fact, Wächter refuses even his own father’s request to find a life-saving loophole in the Nazi classification system for the Jewish child of a mixed marriage.

Another narrative thread is what Sands calls “a Nazi love story,” emerging from Wächter’s correspondence with his wife, along with her diaries. Handsome, charismatic and frequently away from home, Wächter is not the most faithful of husbands, and Charlotte always seems to uncover his indiscretions. They shatter her, but not the marriage. She, too, has her infatuations, including a major crush on his married boss, Frank, whom she frequently beats at chess.

The couple, who have six children, endure yet another trial when Wächter, fearing arrest, retreats to the mountains. Charlotte undertakes exhausting trips to his alpine hideaways, bringing clothes, food, and other necessities. Hardship seems to burnish their devotion. Even after he departs for Italy and appears destined for South America, their correspondence, now carefully coded to disguise his associates, continues, a lifeline for them both.

Finally, Sands turns his attention to Wächter’s death, possibly by poison. That suspicion has lingered for decades, through numerous reburials of his remains. But who might have killed him, and why? The Americans, the Poles, the Soviets, the Jews — there are many suspects, none of them likely.

Sands, a friend of the late John le Carré (who makes a cameo appearance), probes the political complexities of postwar Italy with relish. By 1949, the enmities of World War II were yielding to Cold War imperatives, fostering a world of double agents and shifting, conflicting loyalties. Wächter, for once, may have been in over his head. His closest contact is Bishop Alois Hudal, a Nazi sympathizer integral to the operation of the Ratline – and a paid American agent. Wächter dies in the Austrian cleric’s arms before the loyal but dilatory Charlotte can arrive to say goodbye.

An indefatigable and ingenious detective, Sands follows the clues as far as they go. But the narrative payoff isn’t necessarily resounding. Does it really matter just how Wächter died when we know how he lived? And is it truly more important to comprehend the butcher than the victim? If so, does “The Ratline” afford us that promised understanding? Readers are left to wrestle with these thorny questions, which is probably fine with Sands. For all his investigative rigor, he remains a connoisseur of ambiguity.

Who murdered a Nazi fugitive — and does the answer actually matter?