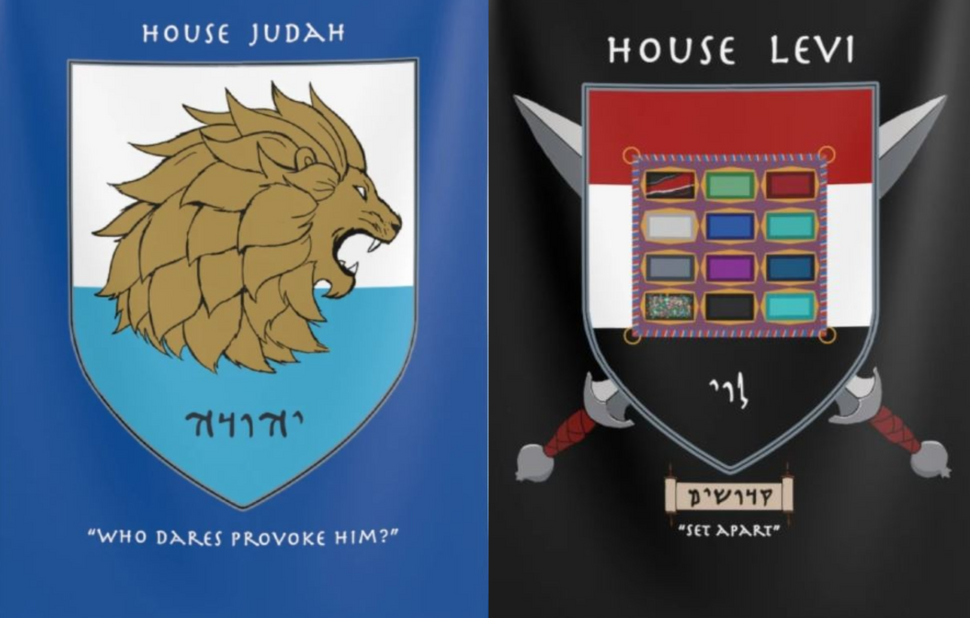 Jack Perez makes clothes for Jewish soldiers. In a way, Mel Gibson is to blame.

In 2011, a few years after spouting that “Jews are responsible for all the wars in the world” during a DUI arrest, the filmmaker announced that he was making a biopic of one of our most celebrated warriors, Judah Maccabee.

“That never materialized,” Perez, 36, said from Washington, where he is an Army specialist based in Fort Lewis. But the project got him thinking: “Why should this guy — who’s now in headlines for antisemitism — get to tell what is essentially one of our coolest stories?”

Since then, Perez, a “recovering journalist” from California, has been taking back the Hasmonean narrative. He wrote a screenplay called “Maccabeus” and soon began adapting it into a graphic novel with artist Mark Strauss. Along the way Perez became a military man himself and developed his latest endeavor: Maccabee Apparel, a merchandise line for veterans and their supporters that made use of some of Strauss’ art.

“At this point, it’s almost kind of a cliché for veterans to start their own t-shirt brands,” said Perez, an Alep Institute-recognized lay leader who wears a kippah in uniform. “And a lot of that stuff has a religious theme.” 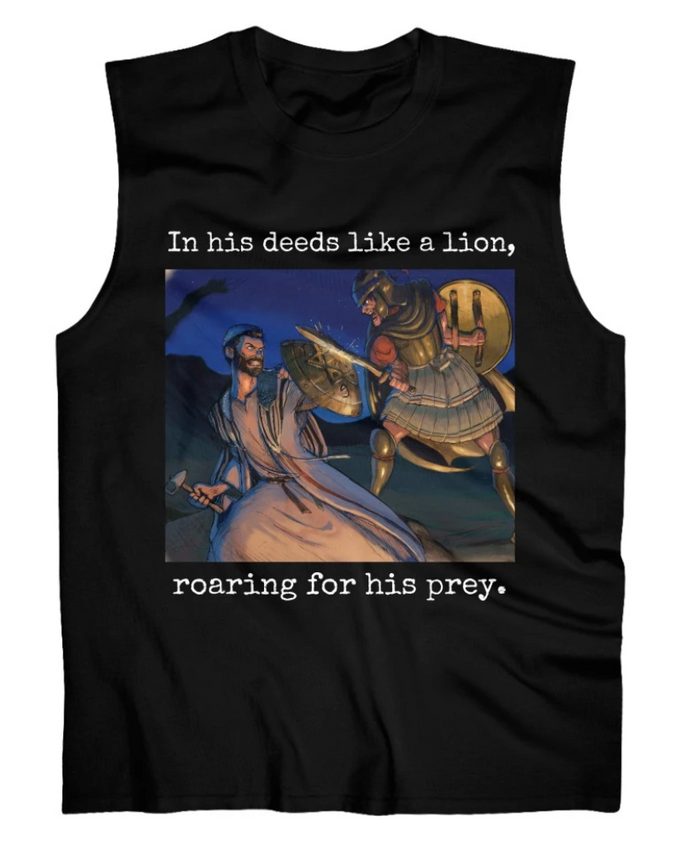 But not all those brands are friendly for Jews. While the motif of the “holy warrior” is pervasive, its imagery is overwhelmingly Christian, Norse or informed by the Crusades — not the best time for Jews or Muslims. Perez’s newly-launched line is an alternative.

“I say we’re for stylish Semites and righteous Gentiles,” Perez said, explaining that the later are “anti anti-Semites.”

The designs pull from Jewish history and pop culture. In a “Hebrew Warrior” gym shirt, Judah Maccabee squares off with a Seleucid fighter. “Game of Thrones”-inspired crests for House Judah (a lion in profile) and Levi (a priestly breastplate) are available to emblazon on your gym shorts, coffee mug or phone case. Maccabee’s best seller is “The Mendelorian,” which shows the “Star Wars” universe warrior clad in a tallit and cradling a trio of Baby Yodas. 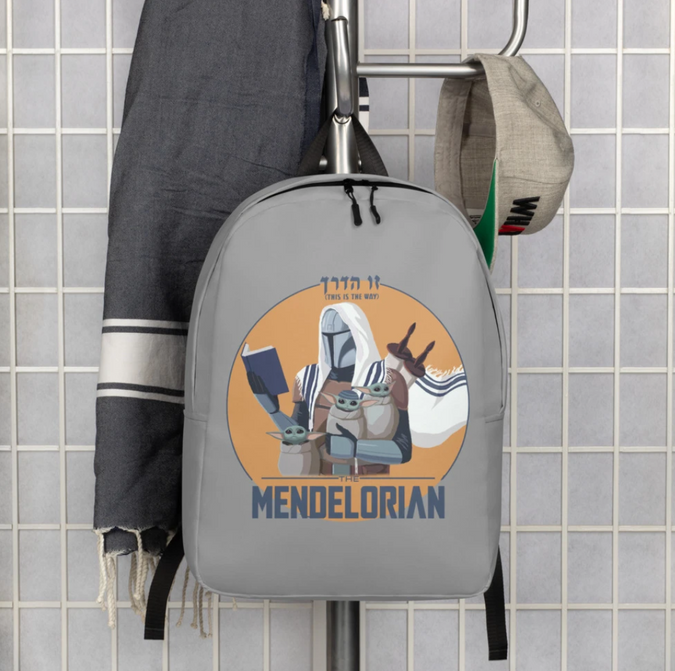 “The Mendelorian” design on a backpack. Perez says he was inspired by Mando’s commitment to “The Way,” also the English translation of the word halacha. Courtesy of Maccabee Apparel

While many of the designs have a sense of humor, they’re meant to make a statement. Perez said he accelerated his store’s launch in response to news footage of the Camp Auschwitz hoodie, seen at the Capitol siege, and the widely-circulated image of a Proud Boy wearing a “6MWNE” shirt.

“I wanted to offer a counterpoint to that to those who are interested,” Perez said. 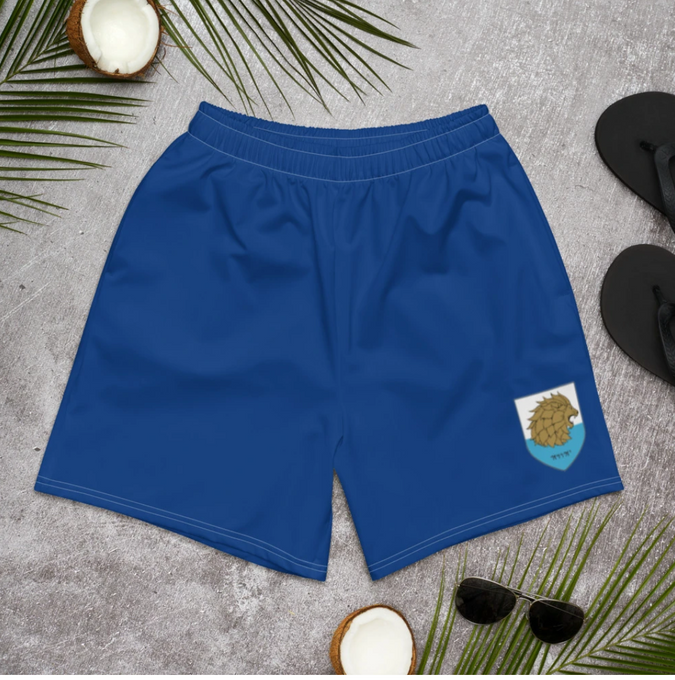 While the brand only debuted two months ago, Perez says the response on social media has ranged from supportive to virulently antisemitic. He’s not bothered by the haters, saying, “if I’m irritating them I must be doing something right.”

Perez has gotten some flak for a more topical design: “The Death Star of David,” prompted by Rep. Marjorie Taylor Greene’s “Jewish space laser” theory, which some have claimed makes light of an antisemitic conspiracy theory. 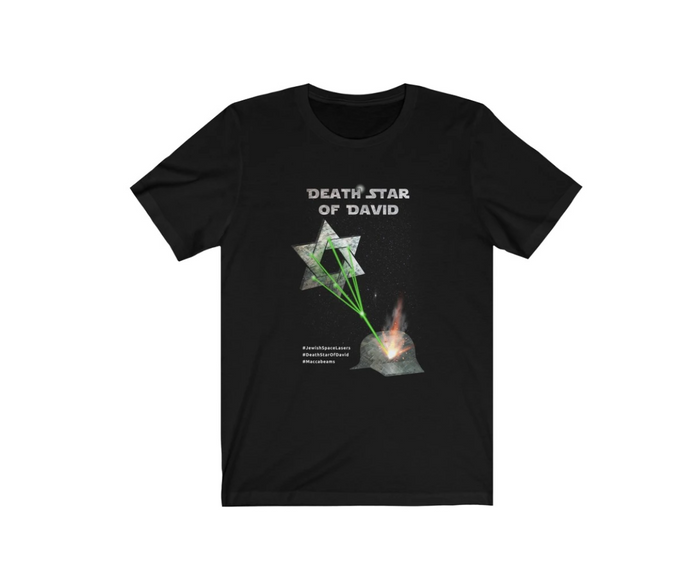 The ‘Death Star of David’ t-shirt Courtesy of Maccabee Apparel

“Antisemitic ideas, and those who promote them should be mocked aggressively,” Perez said. “But I’m not wanting to take away someone else’s freedom of speech so I’m gonna use my freedom of speech to point out how asinine they’re being.”

Poking fun at antisemites is just one part of the brand, which strives to emphasize a long history of Jewish service from antiquity to today.

“Jews have served with distinction in our armed forces since the Revolution,” Perez said. “Unfortunately people have this cultural impression of Jews not pulling their weight, not doing their fair share. It’s all nonsense. So I’m trying to take antisemitic stereotypes and turn them on their ear and have fun with it.”