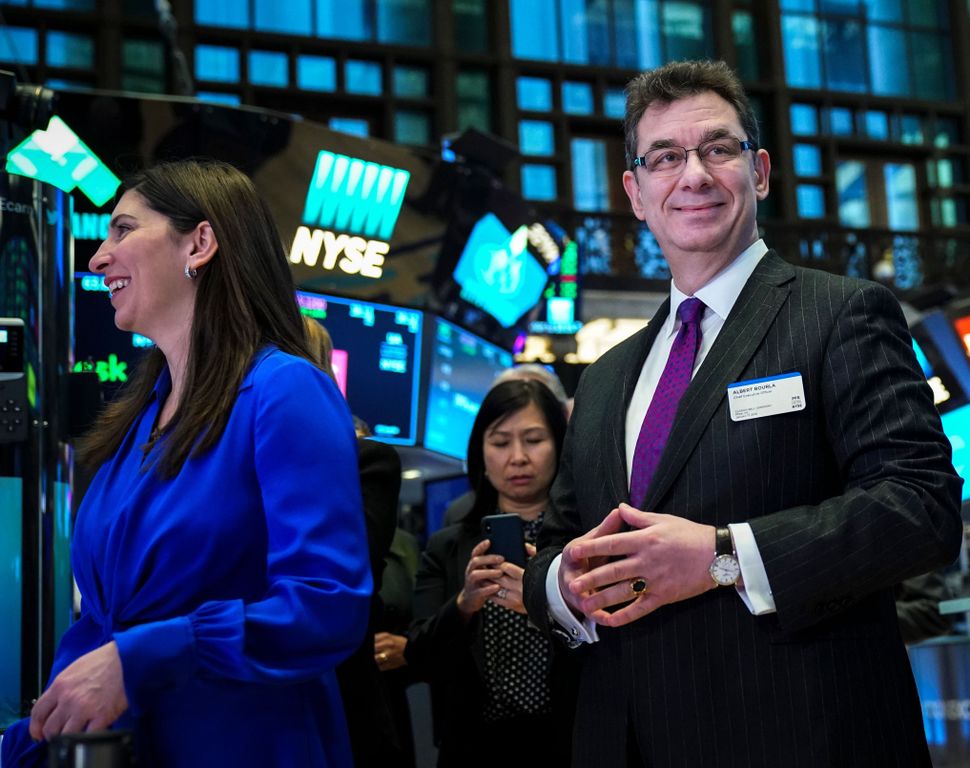 The modern miracle of the Pfizer vaccine has an equally remarkable backstory.

Dr. Albert Bourla, the CEO of Pfizer who shepherded the vaccine’s development, spoke about the “fantastic luck” of his family history on Thursday. It’s a tale of defying the odds and one whose lessons he keeps with him.

In a Zoom discussion for the Museum of Jewish Heritage, Bourla, the son of Sephardic Holocaust survivors from Thessaloniki, Greece, told Radiolab’s Robert Krulwich how his father, Mois, and uncle Into witnessed their family’s deportation from the ghetto to Auschwitz. The brothers survived the war in Athens with forged papers — courtesy of sympathetic Catholics influenced by Athens’ archbishop — and a job at a Red Cross warehouse.

No less incredible is the journey of Bourla’s mother, Sara. The daughter of a prosperous family in the silk trade, she was taken in as a teenager by her older sister. who converted to marry a Christian government officer, Kostas Dimadis. Sara lived in hiding but was spotted during her occasional walks through town and betrayed by a neighbor. She was transferred to a prison, where a bribe from her brother-in-law to the head Nazi in Thessaloniki, Max Merten, saved her life.

Her sister still checked the prison everyday at noon, when a truck came to transport prisoners to their death. Her caution was warranted; one day, Sara was put on the truck. Dimadis called Merten in a fury for breaking his word. As Sara was lined up against the wall before a firing squad, a BMW motorcycle carrying two soldiers with a paper of reprieve spared Sara and another woman.

“As the truck was leaving the place, they heard the sound of the machine guns,” Bourla said. “Everybody else was dying and they were sitting there just three minutes ago.”

Speaking from his office, Bourla had a historian’s command of the once largely Jewish port town where he grew up and where his family lived for generations. Of that bustling community, many of whom came during the Inquisition, few survived the Nazi occupation.

But Bourla’s parents not only survived, they told him their story.

“The most important thing for me was that my parents spoke to me about that,” Bourla said. “But they never spoke to me about revenge. They never told us that you should hate those that did that to us. The way that their stories were always ending was a celebration of life: ‘Look at us, we’re alive. We were almost dead and we’re alive. Life is wonderful.’”

You can watch the full conversation with Bourla and Krulwich below: